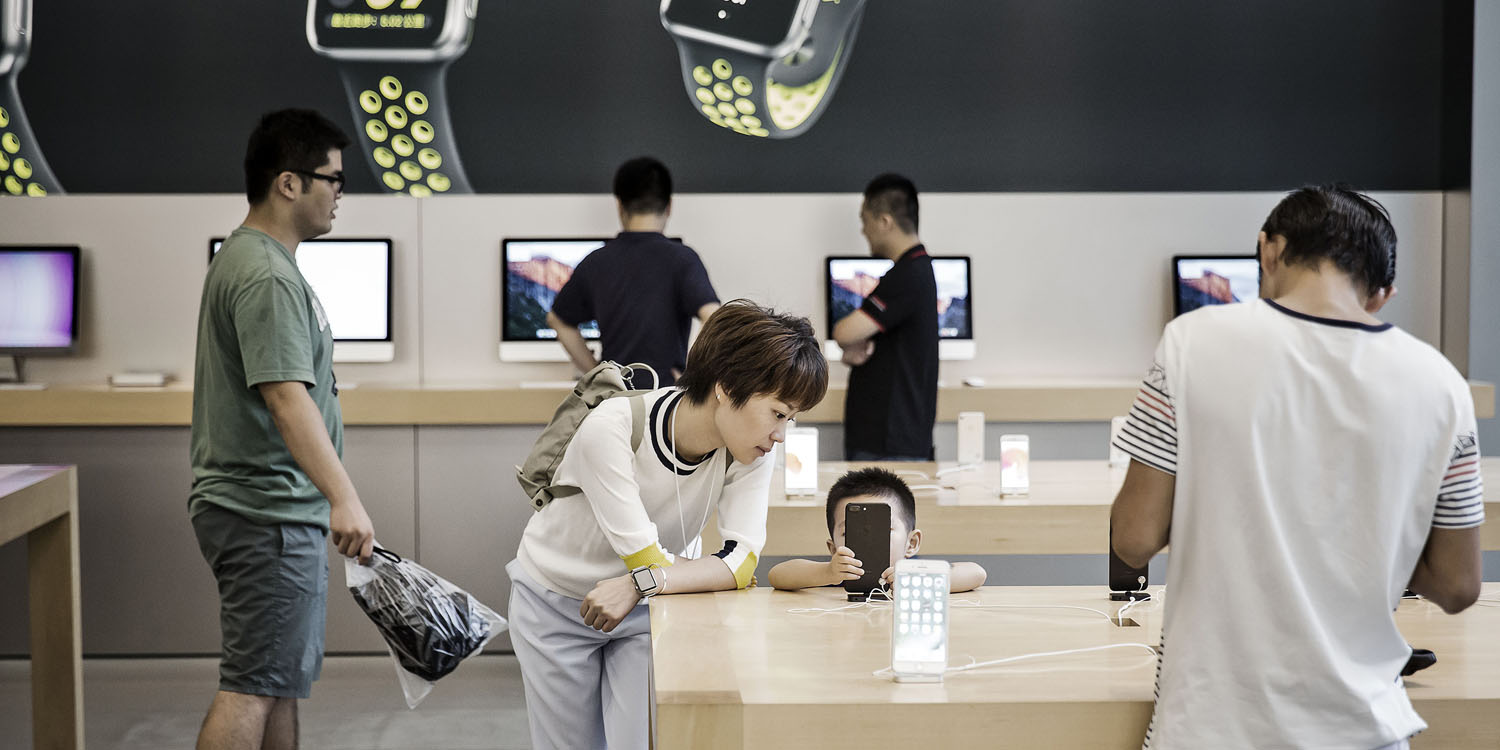 Smartphone shipments in China have fallen to their lowest level since 2013, with under 400 million units shipped total over the course of 2018. While longer consumer upgrade cycles have contributed to the decline, weak economic activity in conjunction with the ongoing trade war between the country and the United States has further ailed sales.

Canalys‘ report highlights a serious challenge for both the consumer tech companies and global economies as well, however, as Q4 2018 marked the seventh consecutive quarterly decline of smartphone shipments.

Further, the analysts point out that more luxurious consumption is increasing in China, as consumers look to exceed an average smartphone sale price of $400 USD the country come 2021.

Consumption in China is shifting toward high-end and higher quality. As a result, the average selling price of smartphones is expected to exceed US$400 in 2021.

Competition in the upper mid-range and high-end segments will intensify, and vendors must focus on bringing the latest technology to consumers to justify higher price points.

Huawei retained its reigning position at the top, growing 7% in unit share YoY from 2017 and saw a 16% increase in unit growth.

Oppo, Vivo, and Xiaomi rounded out the top four, as Apple remained in 5th place with a stagnated 9% unit share YoY.

Apple had the toughest year of the top five, with shipments falling 13%, as customers were deterred by the high pricing of its new iPhone. In addition, models such as iPhone 7 and 8 did not see significant uplift in China, even after prices were lowered after the launch of the iPhone XS.

“Apple has several challenges in China, and the growing power of competitors is not actually its biggest,” said Jia. “As its services division becomes more important in China, it is vital for Apple to maintain or grow its installed base of iOS users. Apple must re-examine its China strategy, and find a way to revive its high-end brand image, in order to align with the purchasing behavior of local middle-class and upper-class demographics.”

A graph further represents the data: 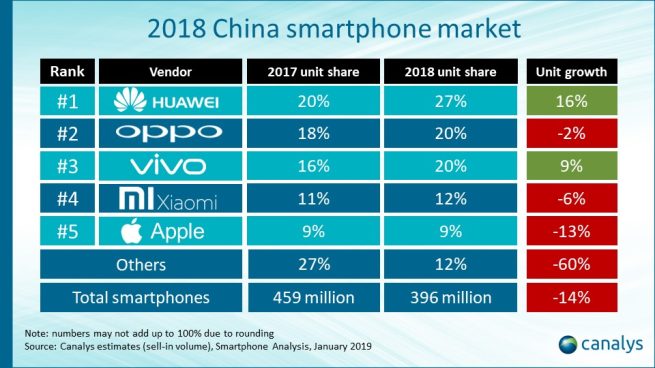 News of slowing smartphone sales is nothing new. In December, Gartner published a report explaining how 5G, foldables, and other next-generation experiences will be required before the mobile industry sees its next big sales boom. In the meantime, companies will simply seek to add more cameras it seems.

What ‘next big thing’ will spark you to upgrade your phone? Is another camera enough, or are you looking towards 2020 tech and beyond? Let us know in the comments section down below!