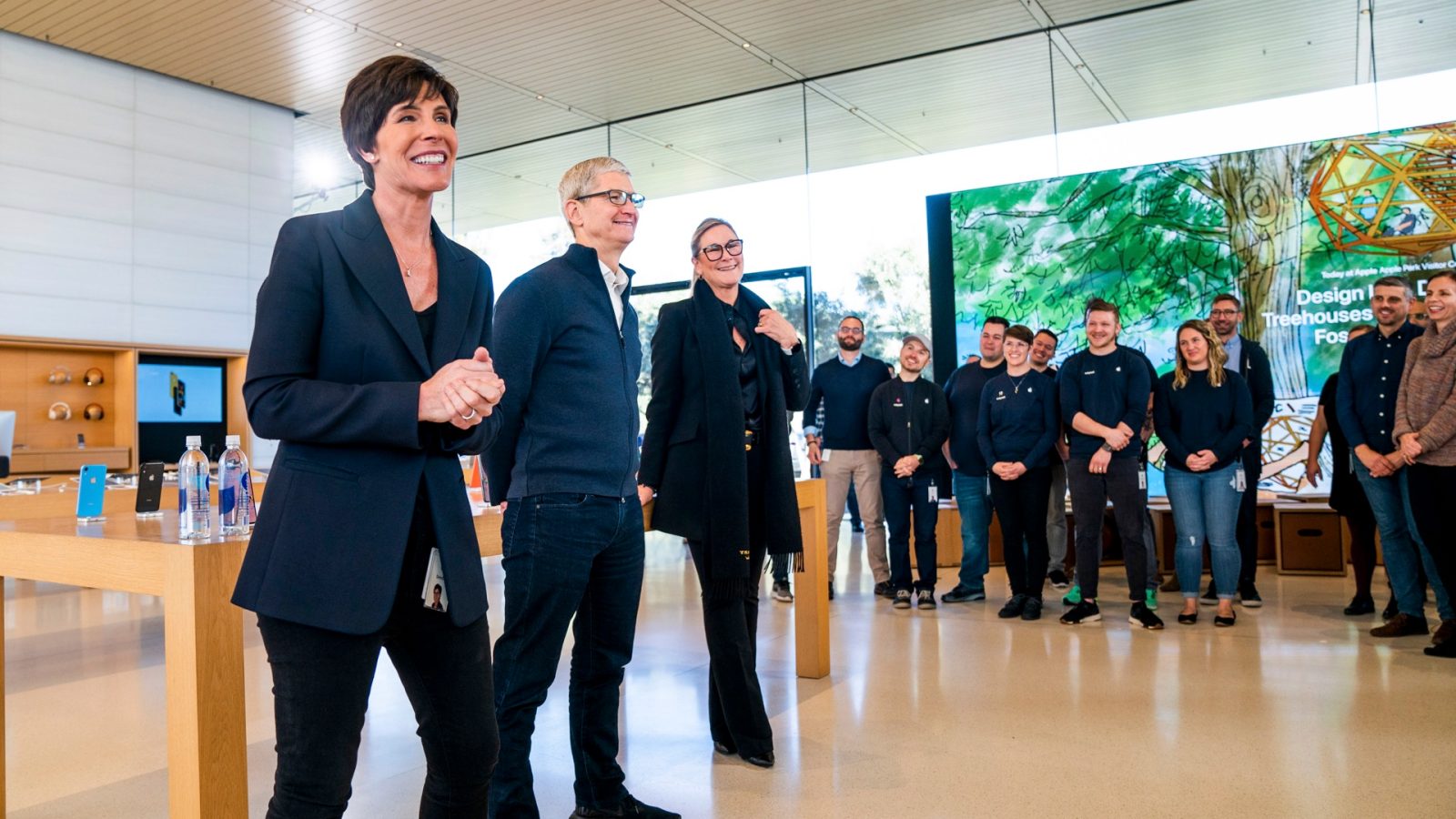 Apple’s press release doesn’t offer an explicit reason for Ahrendts’ departure, instead stating that she will undertake “new personal and professional pursuits” following an April exit. CEO Tim Cook called the announcement “bittersweet” on Twitter. According to sources familiar with the matter, Ahrendts indicated in a team message that she may plan to step back from day-to-day management and lead a quieter life rather than take the reins of another company following her departure.

Industry analysts have attempted to correlate Apple’s disappointing earnings revision with Ahrendts’ exit. Others have suggested that the executive’s fashion background and preference for experiential retail are to blame for increased product pricing and long waits for customer service. These explanations fail to capture the full picture. 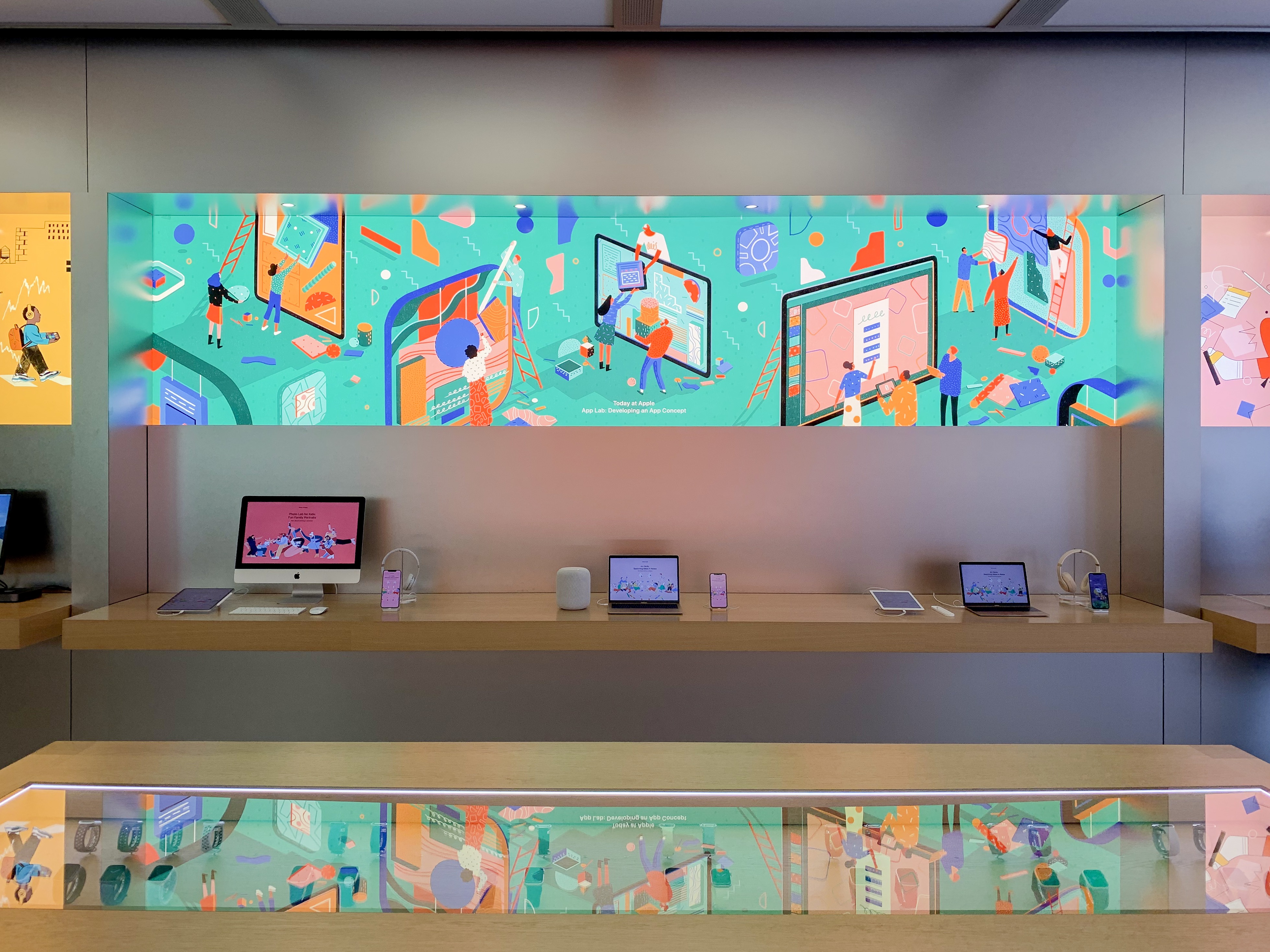 First-party brick and mortar stores and online efforts are just two pieces in a complex puzzle of Apple’s sales. While the performance of Apple stores surely have an important impact on iPhone sales, it’s unfair to place the weight of a weak quarter squarely on Ahrendts’ shoulders.

Tim Cook noted in a letter to investors that trade tensions with the United States in China have adversely impacted iPhone sales. Apple said that revenue in China accounted for “over 100 percent of our year-over-year worldwide revenue decline.”

Further, Apple is unlikely to impulsively restructure its executive team after one disappointing quarter. Removing Ahrendts based on a single metric would discount her contributions in other retail initiatives like Today at Apple and a global redesign of stores.

Two days after the launch of the iPhone XR, an unconfirmed rumor suggested that Angela Ahrendts could leave Apple, and that an announcement could be made as soon as the end of 2018. The report claimed that internal talent from Australia was being considered as a replacement. Assuming the rumor has more weight than exceptionally good timing, it indicates that Ahrendts’ departure was not an overnight decision. 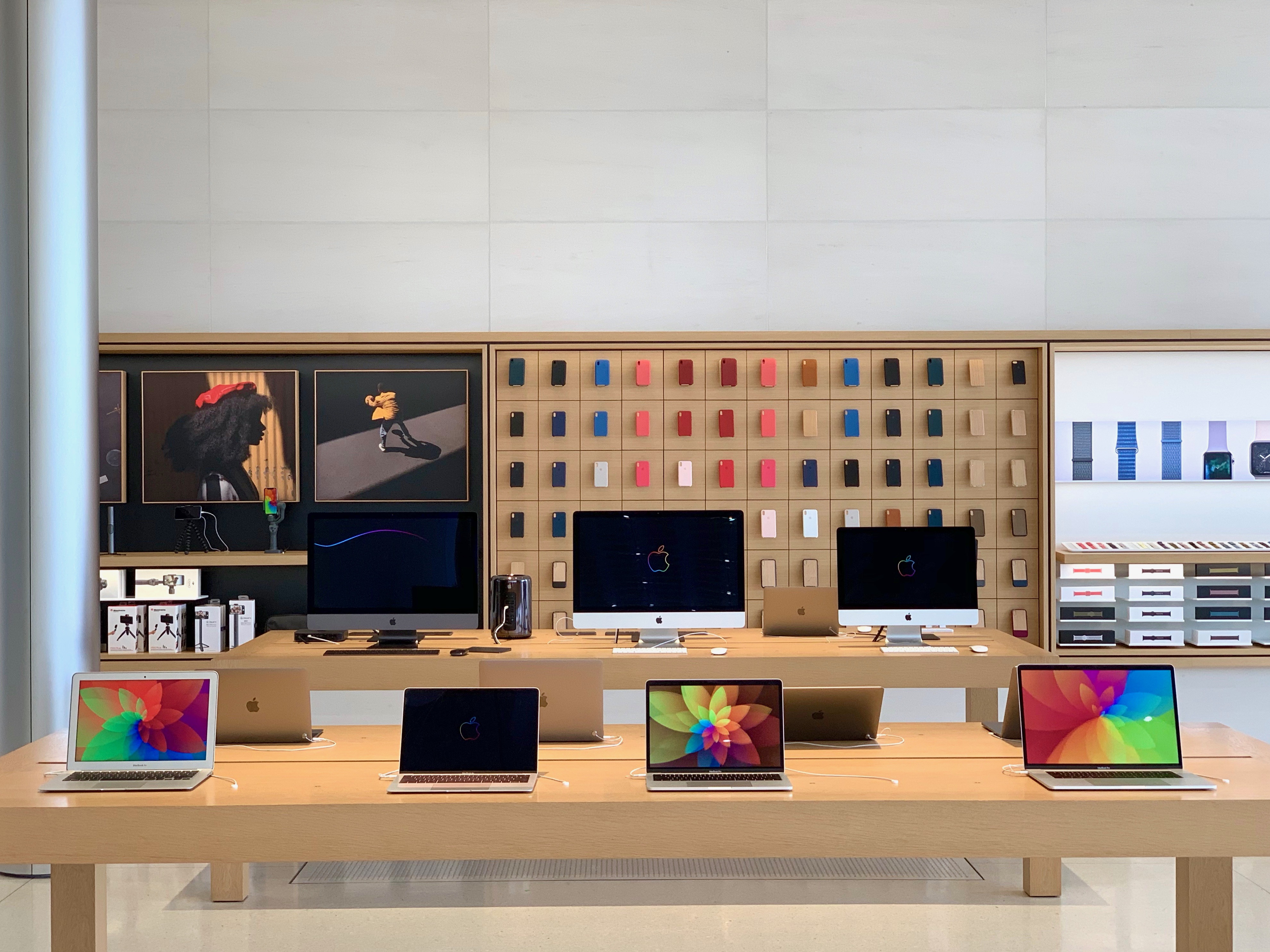 Across the U.S., retailers struggle to make ends meet. Since Ahrendts began at Apple in 2014, legendary brands like Sears, Bon-Ton, Toys R Us, RadioShack, and countless others have filed for bankruptcy. Mall operators face the challenge of repurposing massive vacant anchor stores. Yet Apple stores are consistently filled to the brim. The same success that has allowed Apple to thrive amidst a sea of store closures has become a lightning rod for retail woes.

It’s true that making an appointment at an Apple store often means days of waiting for an available slot, and walk-ins are almost impossible. Since 2014, Ahrendts has guided the launch of the Apple Watch, iPad Pro, AirPods, HomePod, and yearly iPhone models. Each of these products have led to growing customer demand even as Apple increases its store footprint globally. This strain on resources would’ve occurred no matter who was at the helm. Simply increasing the number of Apple stores worldwide brings with it a new list of problems long enough to fill another article. 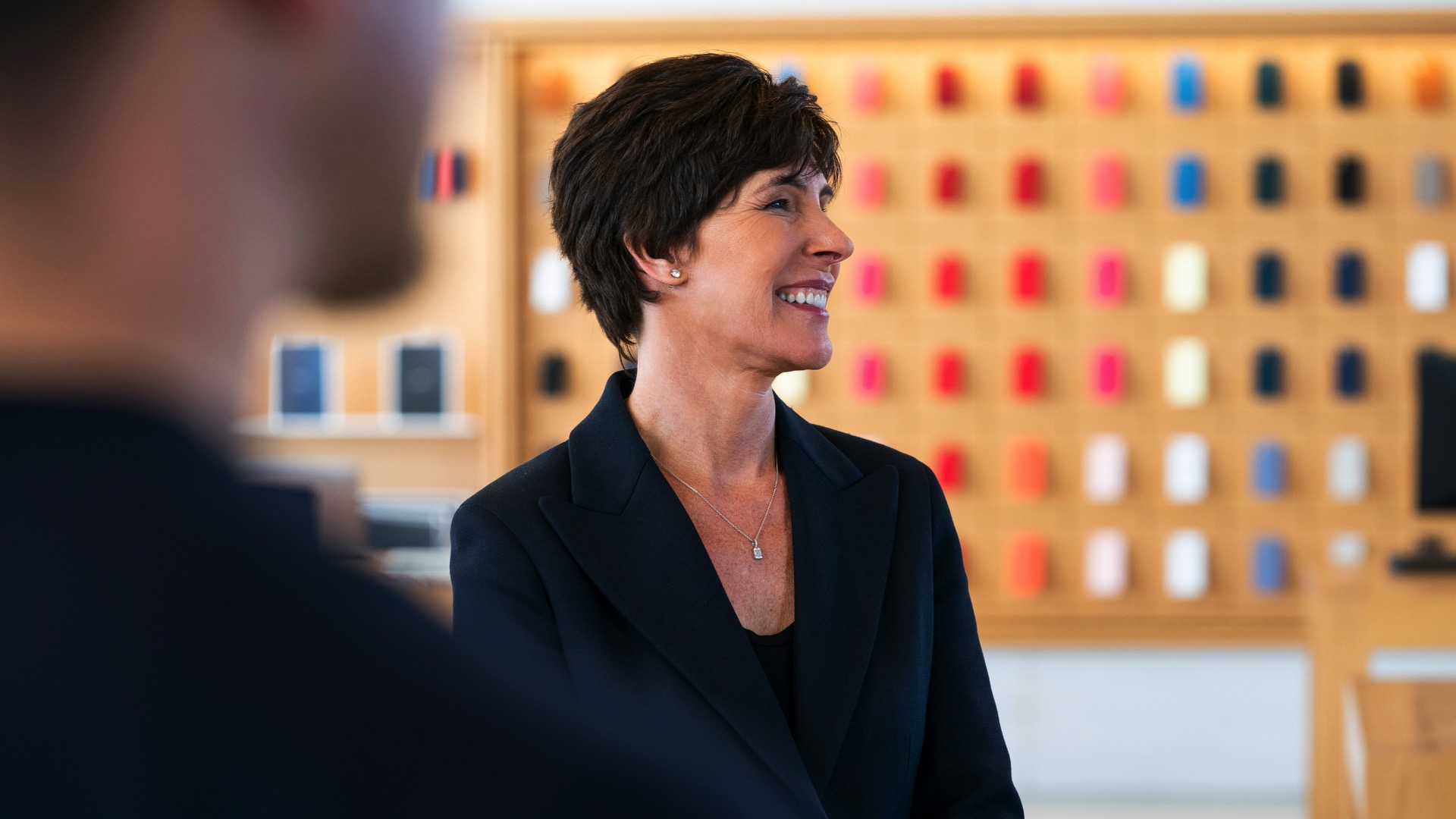 How will Apple retail change under the direction of Deirdre O’Brien? Some have suggested that Apple needs to rethink its fundamentals. Detractors of modern Apple stores call for a return to the in-store experience of the Ron Johnson era. But what worked in 2009 will not work in 2019. Apple must work harder than ever to convince customers to visit a store rather than shop online. Retail teams have done this by establishing Today at Apple, free sessions held in every location. Ahrendts has left the initiative on solid footing, rolling out 58 new sessions last week in the program’s largest expansion since launch.

With 30 years of experience at Apple, O’Brien deeply understands the company culture and is unlikely to make sweeping changes to store design or community initiatives, at least initially. Modern Apple stores are designed to mirror the aesthetics of Apple Park and follow close collaboration with Jony Ive’s product design team. Hopefully O’Brien can capture the energy that makes Apple stores so unique while improving the effectiveness of less efficient areas like product support and service.

By promoting an executive with a passion for the company’s People team, Apple is ensuring that O’Brien will continue to focus on the people-first initiatives instituted by Ahrendts. Today at Apple, the more comfortable setting of Genius Groves, internal communication systems like Loop, and a focus on humanizing technology are all hallmarks of Ahrendts’ time at Apple. 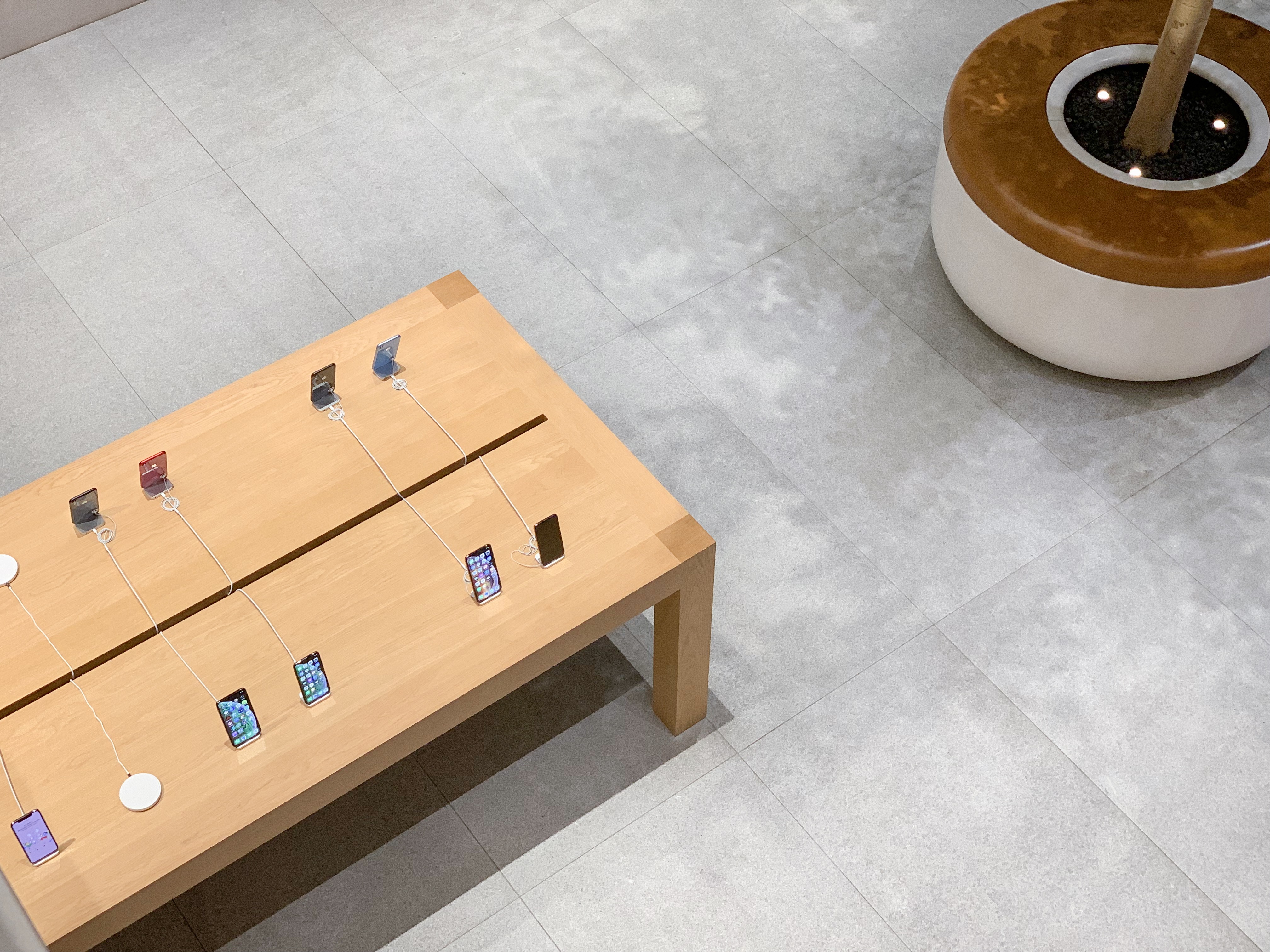 Concerns that O’Brien may have too many responsibilities in her new role are certainly valid. Managing two teams, no matter how interconnected, will be a challenge. It will take a careful balance to ensure that neither part of the company suffers due to lack of attention and focus. The shift in management may also open up opportunities for other senior members of Apple’s retail team to take more visibly supportive roles in the company.

Speaking at the Global Leadership Summit last August, Ahrendts discussed her approach to building long-lasting brands and passing them off to new leaders:

Burberry was 150 years old when I started. That made me realize it was almost like a relay race. Imagine how many batons have been handed off along the way to the different tenures of teams that have been there. So what was our purpose while we were there?

Our job was to do everything to ensure its relevance for the next 150 years. What do we need to clean up that’s gotten cluttered and disparate? What do we need to pull in and purify, and what do we need to do to keep pace and get ahead, so that when we hand that baton off to the next generation of leaders, it’ll be as great as we could make it during that time?

Ahrendts’ closing words in Apple’s press release yesterday reflect a similar sentiment and indicate confidence that she has achieved what she set out to accomplish at Apple:

I feel there is no better time to pass the baton to Deirdre, one of Apple’s strongest executives. I look forward to watching how this amazing team, under her leadership, will continue to change the world one person and one community at a time.