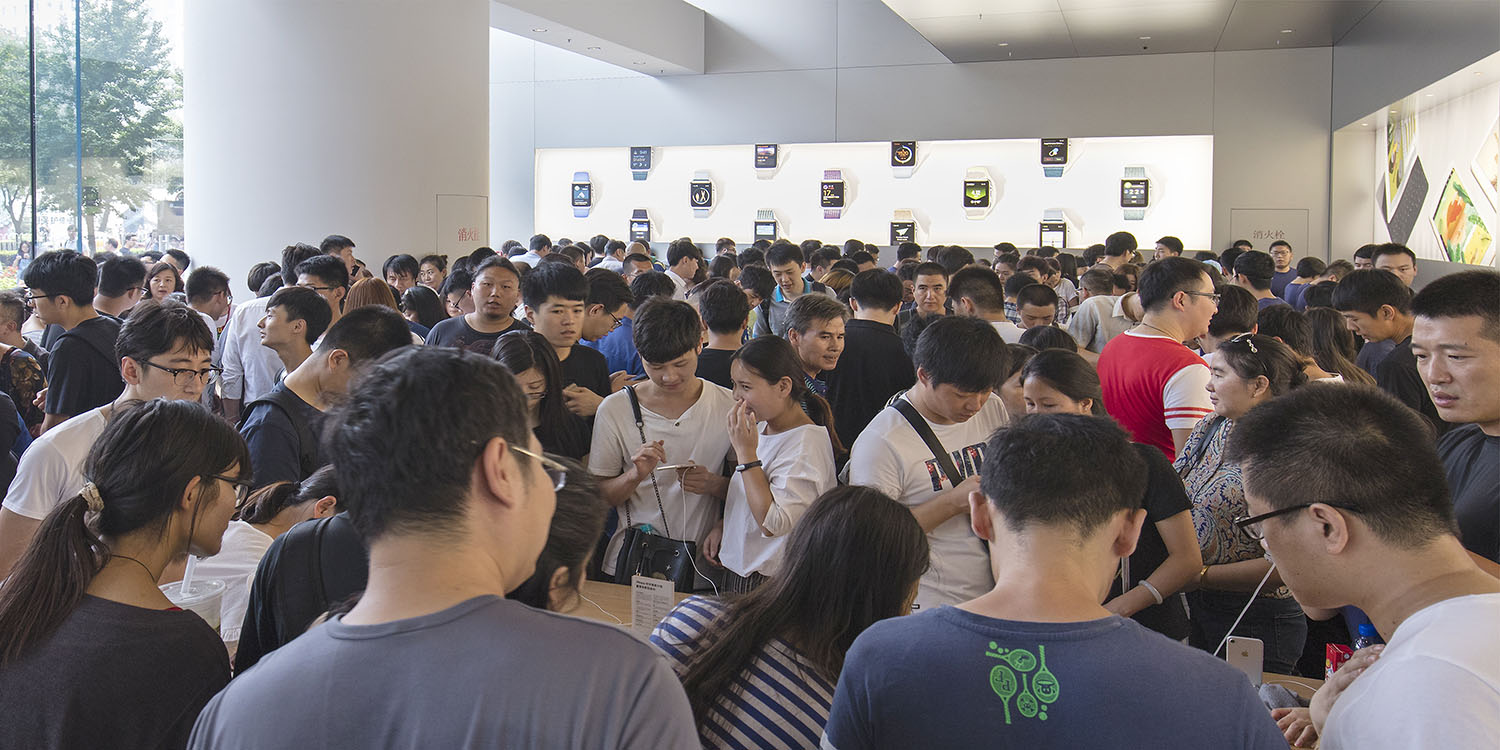 There are many things to love about Apple Stores.

The designs are great. Either funky and modern, with loads of glass and natural light, or a respectful yet contemporary conversion of a classical building.

You can freely play with the products, without any sales pressure. If you have questions, there will generally be someone who knows the answer …

You can get free, in-person support. To non-techies, who struggle to find and follow online support documents, that’s a massive benefit. And even techies find it useful on occasion.

The free workshops, one of Apple’s best-kept secrets prior to the Today at Apple rebranding, are a fantastic initiative. People can learn everything from quite basic ‘how to’ skills with their new product to very detailed help with complex software like Final Cut Pro X.

Formats like guided walks and drop-in sessions to get inspiration and help with current projects are fantastic.

The problem with Apple Stores

But there’s one big problem that afflicts almost every Apple Store I’ve ever visited: the horrendous over-crowding.

The design and lack of sales pressure should make Apple’s retail stores pleasant places to visit. But the crazy busy-ness of them makes a store visit instead something of an ordeal.

Instead of a leisurely play with the latest tech, you have to fight your way through the crowds just to get near it, and are then hemmed in on all sides by other people waiting impatiently for their turn.

And that free in-person support? Good luck getting to see someone anytime soon. Where you could once walk in unannounced and expect to see someone within 20-30 minutes, you now need an appointment in advance – and it can take a week to get one.

From Apple’s perspective, you could say this is a good problem to have. Compare an Apple Store to a Microsoft or Samsung one, and it’s clear Apple is massively more successful at attracting people into their retail outlets.

But it’s definitely not a good problem from a customer perspective. And that also makes it a bad problem for Apple’s long-term future. If people come into the stores and have a bad experience, that damages the brand.

The simple solution to the problem with Apple Stores

In most cases, Apple can’t easily make its existing stores any larger. They typically occupy entire buildings. Many retail leases are for relatively long periods, so it can’t instantly seek to make an offer to take over an adjoining building – and in many cases it wouldn’t be possible to knock through the walls even if it made the neighbouring stores an offer they couldn’t refuse.

What’s needed is either a simple solution, or a radical one.

The simple solution would be more stores. In London, for example, Apple has just two large stores in the centre, and three smaller ones further out. All of them are horribly crowded. It’s clear that, for a city of more than eight million people, that’s nowhere close to adequate.

I’ve visited a few different Apple Stores in other cities and other countries, and the situation in each was pretty similar. Masses of people, and a feeling closer to some market bazaar than an upmarket retailer.

I can’t understand why Apple hasn’t done this. It has the cash, and protecting its brand image is surely a good way to spend a little of it?

A potential radical solution would be to change the role of Apple Stores. One thing Angela Ahrendts did was to push customers toward online sales, especially at times of heavy demand, like new iPhone launches. The long overnight lines at the stores mostly became a thing of the past – the remaining line-waiters doing it mostly for the fun of the experience – as customers switched to ordering from apple.com.

It could go even further, and actually cease selling things in its stores. Instead of the stores being a place to buy products, they become places to try them, and to get support – including the Today at Apple sessions, of course. All sales would be done online.

That would, in principle, reduce the number of visitors without dramatically impacting on the value of the stores.

For example, let’s say a tech-savvy person visits an Apple Store to confirm that they want to buy the latest iPad. They’ve done their online research, are pretty sure they want it, but want to actually see it in the glass and aluminum before handing over the cash. They visit a store, spend five minutes playing with it and yep, they want it.

They then find a free member of staff (which, in a crowded store, can be the most time-consuming part of the process) and place their order. The specialist has to go get the item, bring it back to the customer and process the payment. By now, we’re at at least 10 minutes, probably more like 15.

So our tech-savvy customer is in the store for 2-3 times as long as they would have been had they just played with the product then left to order it online.

The benefit is less dramatic with a non-techy customer. Someone who is really finding out about the product for the first time. They probably start by finding a member of staff to ask some questions and get some advice, then spend maybe 15-20 minutes playing with it before asking more questions and eventually placing their order. The percentage time saved there is significantly lower.

Given that most of the world’s population – including Apple customers – is non-techy, I think this approach would help, but not by enough. And it would have two distinct downsides.

First, if you’re pretty sure you want an Apple product and visit an Apple Store to make sure, it would then be irritating to have to order it online and wait until the next day or two to get it.

Second, there are times when you really do need something right now. For example, if you just had your Mac stolen and can’t work without it, you want to be able to replace it right away. Or you’re travelling and your power brick just died.

So interesting as the radical solution is to think about, I’m not convinced it’s viable.

Which brings us back to the simple solution: open some more damn stores! Can anyone explain to me why Apple doesn’t do this? I mean, brick-and-mortar stores are really struggling these days: there’s no shortage of available retail units. And although Apple Stores need to be in the right locations, where competition for space is stiffer, the company has enough cash to make irresistible offers.

If I were Deidre O’Brien, expanding the number of existing stores in major cities – and opening new ones in states which have large populations nowhere near a store – would be my number one priority.

What’s your take? Is over-crowding a problem with Apple Stores in your location – after you’ve maybe travelled miles just to reach one in the first place? Or am I making a fuss over nothing? As ever, please take our poll and share your thoughts and experiences in the comments.