AirPods are the second-best selling Apple product within two years of launch, search rate up 500% YoY 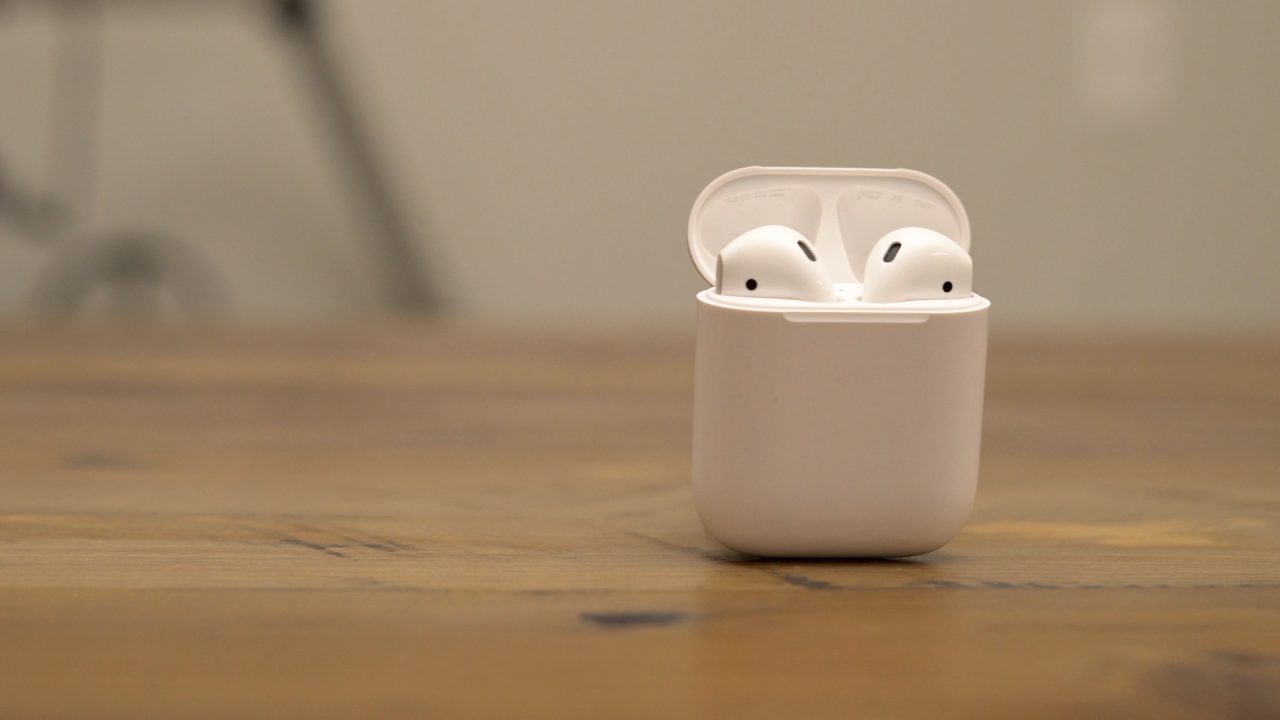 It’s no secret Apple’s AirPods are one of the biggest hits from the company in years, however, an overview of their viral status via Above Avalon shows that they’re the second best selling product from Apple within two years of its primary launch. Further, Google search interest has grown 500% YoY as compared to December 2017.

When comparing between AirPods search interest from December 2016 — the initial month of release — and data from December 2018, Google search rates have skyrocketed a massive ten times over.

The article compares the search data to that of iPad trends following its release, and the numbers show social interest are incomparable. When it comes to sales, however, iPad triumphs over all other Apple products within 24 months of initial launch.

To mitigate confusion, some might be wondering how the 25 million units sold of AirPods topple the 220 million iPhone 6 units sold by Apple during its lifespan. To clarify: Above Avalon’s data is comparing success within two years of launching the entire product segment (i.e. Apple Watch initial release in 2015, iPhone debut in 2007, etc), not merely the latest product.

The higher interest is reflective of stronger sales. According to my estimate, Apple is on track to sell approximately 40 million pairs of AirPods in 2019, representing close to 90% year-over-year growth. There are already at least 25 million people wearing AirPods.

This total will likely exceed 50 million people later this year. These are massive sales and adoption figures for a two-year old product that has never received an update and rarely goes on sale for less than its $159 selling price. 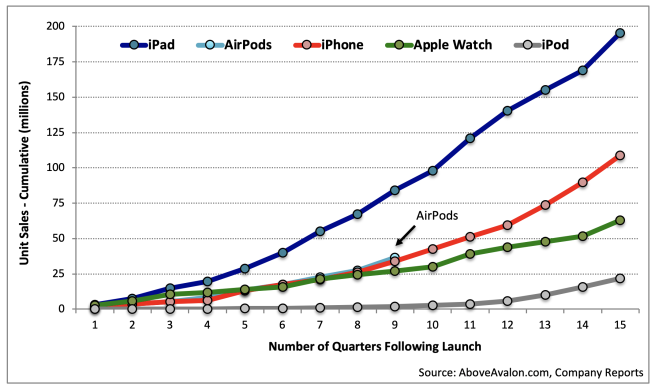 An excellent chart demonstrates how 9 quarters following release, AirPods are only bested by iPad in most successful category launch.

Following the huge influx of AirPod-related memes during Christmas last year, 9to5Mac put together an overview of its viral reach.

Do you already own AirPods, or are you waiting for AirPods 2 to eventually release? Let us know in the comments down below!