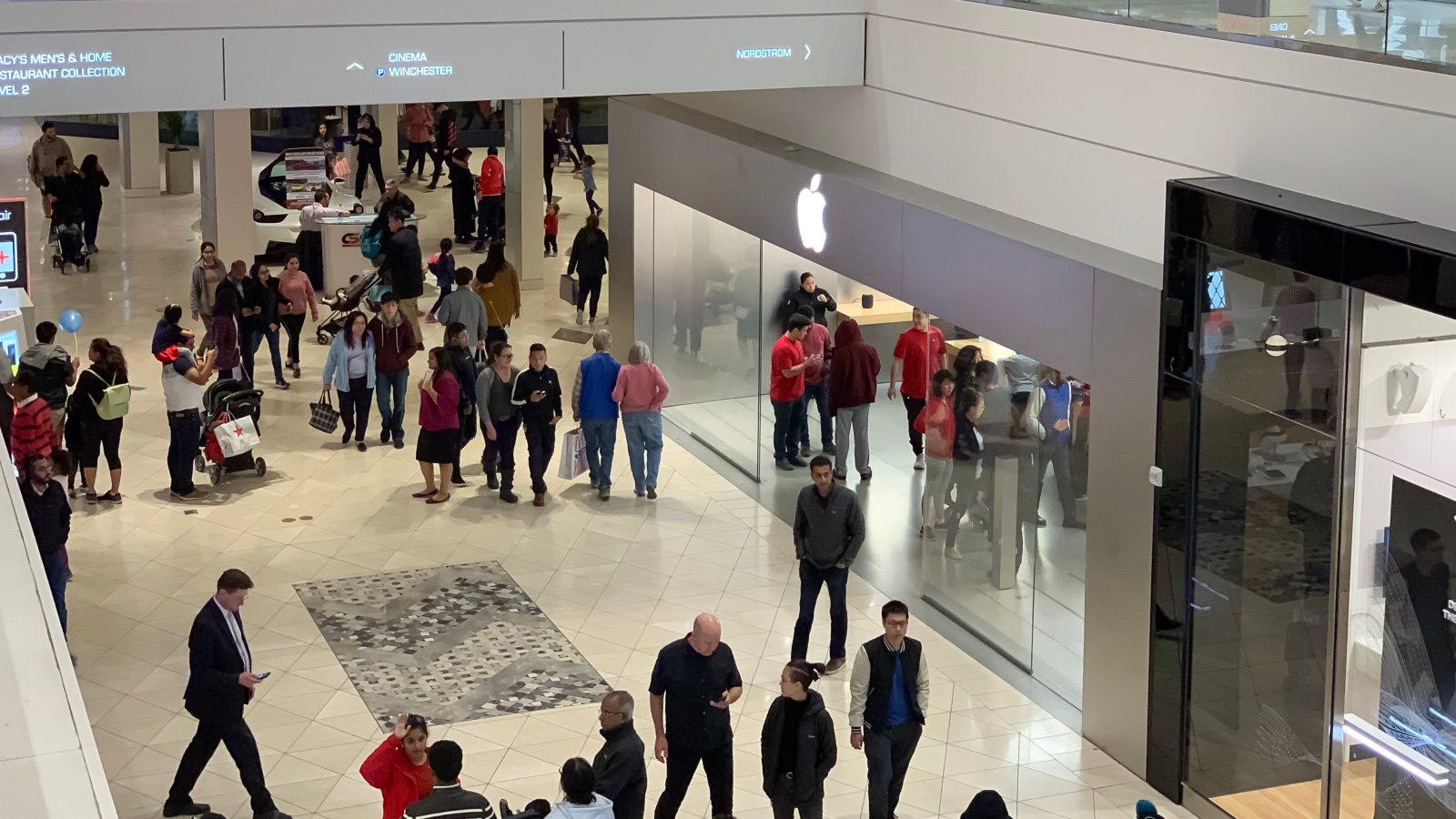 Following Apple’s ambitious retail expansion promise last fall, plans for larger and modernized stores that form greater community connections have steadily revealed themselves. From Florida to Vancouver to Barcelona, Apple looks set to fulfill its word with a myriad of concurrent construction projects. Close to home, changes are also afoot. San Jose’s Westfield Valley Fair shopping mall is in the midst of a massive expansion that will include a brand new flagship Apple Store.

While Apple and the mall operators it works with typically remain silent on store expansion plans, Valley Fair owner Unibail-Rodamco-Westfield hasn’t been shy about heralding the exciting news. In its most recent financial results press release (thanks for the tip, Alec!), the real estate company depicts the future in plain language:

In an overview of expansion and renovation projects at various mall properties, more context is added:

Apple will open a new store which will anchor the extension. The new flagship will be located just a few miles from Apple’s headquarters. Despite being under construction, the centre continues to perform well with strong sales growth in 2018 (+4.0%). 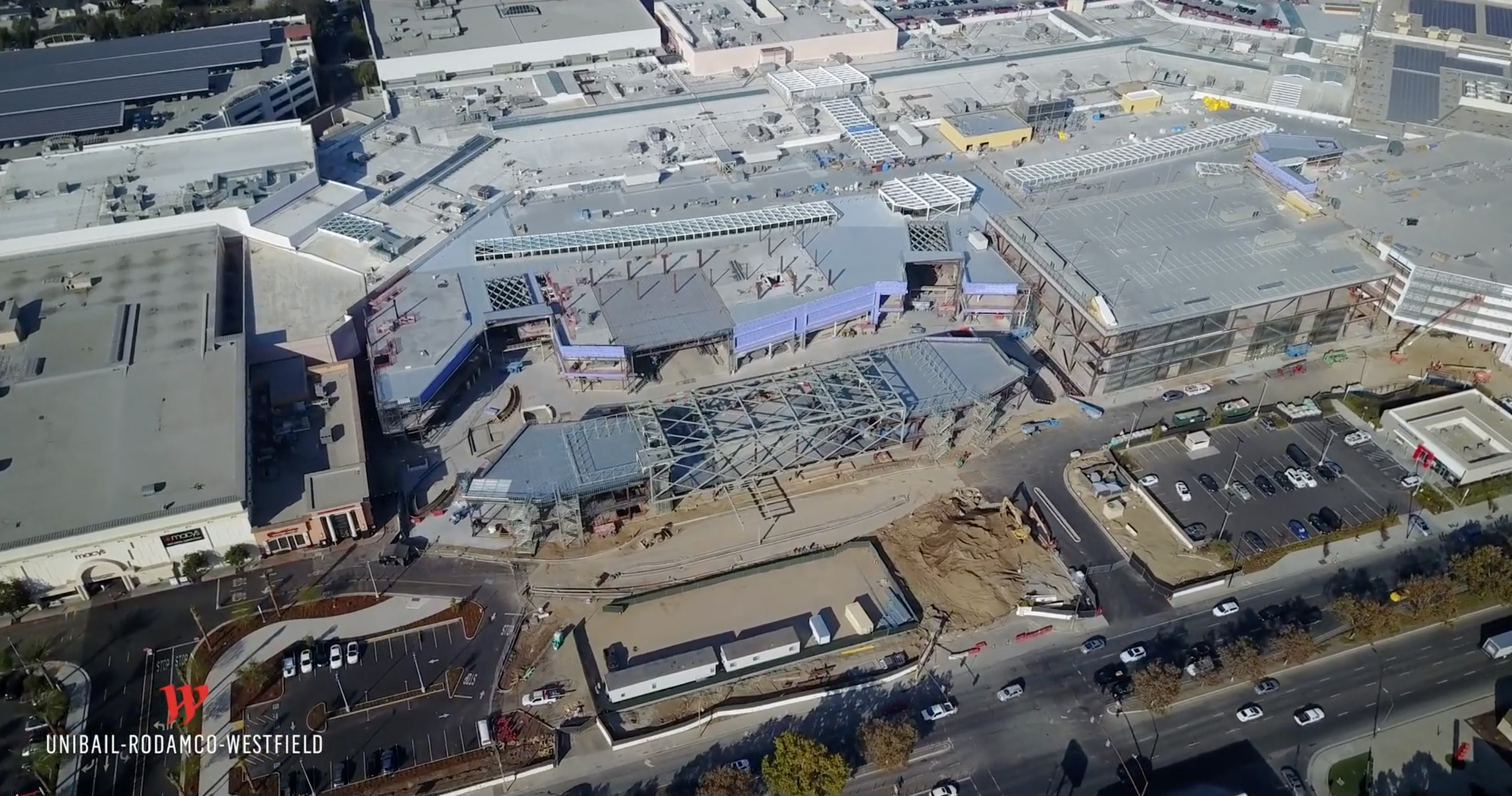 A drone’s eye view of Valley Fair’s expansion posted on YouTube by UTC Westfield shows construction progress as of October 2018. A significant open facade on the interior side of the new development is immediately obvious from above. Expansion at Valley Fair began in 2016, and several phases of the project have already been completed. The existing mall’s interior has been completely resurfaced, a new dining promenade and parking garage have been added, and a Showplace ICON cinema celebrated its grand opening this past January.

Based on recent plans, Valley Fair’s new outdoor plaza will be just one of the many shopping districts where Apple is beginning to implement next generation multilevel flagship mall stores sharing more refined layouts and design elements. Similar configurations detailed for Atlanta’s Lenox Square, Virginia’s Tysons Galleria, and Vancouver’s Pacific Centre establish a new pattern of the most underserved stores being replaced with a family of highly significant spaces.

Valley Fair planning documents and renderings beginning in January 2016 show what is likely Apple’s new space with an all-glass facade framed by stainless steel, similar to San Francisco’s Union Square flagship store. These images are representative of Apple retail architecture at the time they were drawn, but the store’s final design is likely to differ. 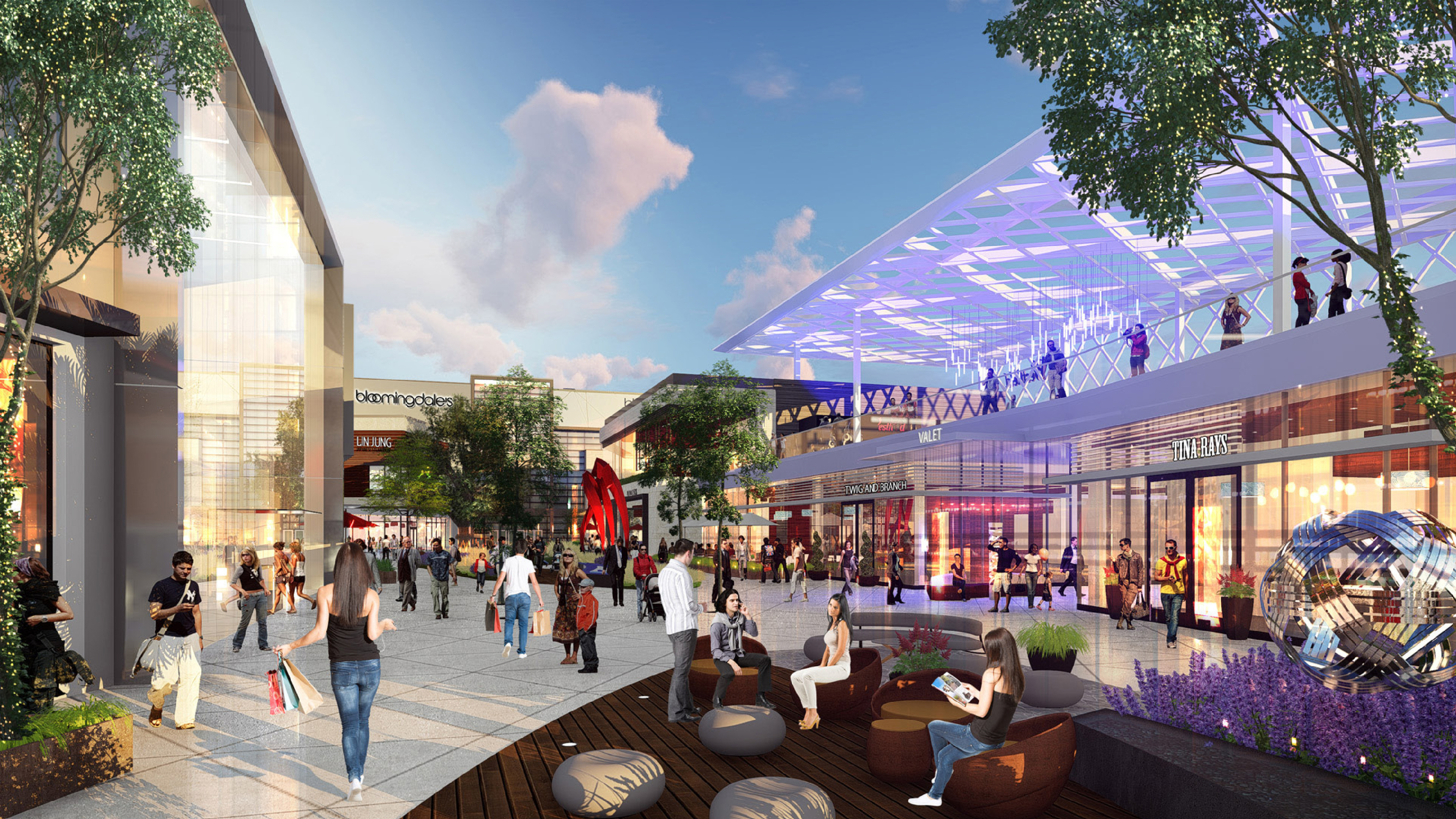 Permits filed with the City of San Jose for a large “Electronics Retail Store” at Westfield Valley Fair note the building will use a structural stone facade. Named on the document is contractor Hoffman Structures of America, a firm also consulted for Apple Pioneer Place in Portland, Oregon. Based on Apple’s recent design tastes, I’ve created this outline of how the completed store could possibly look: 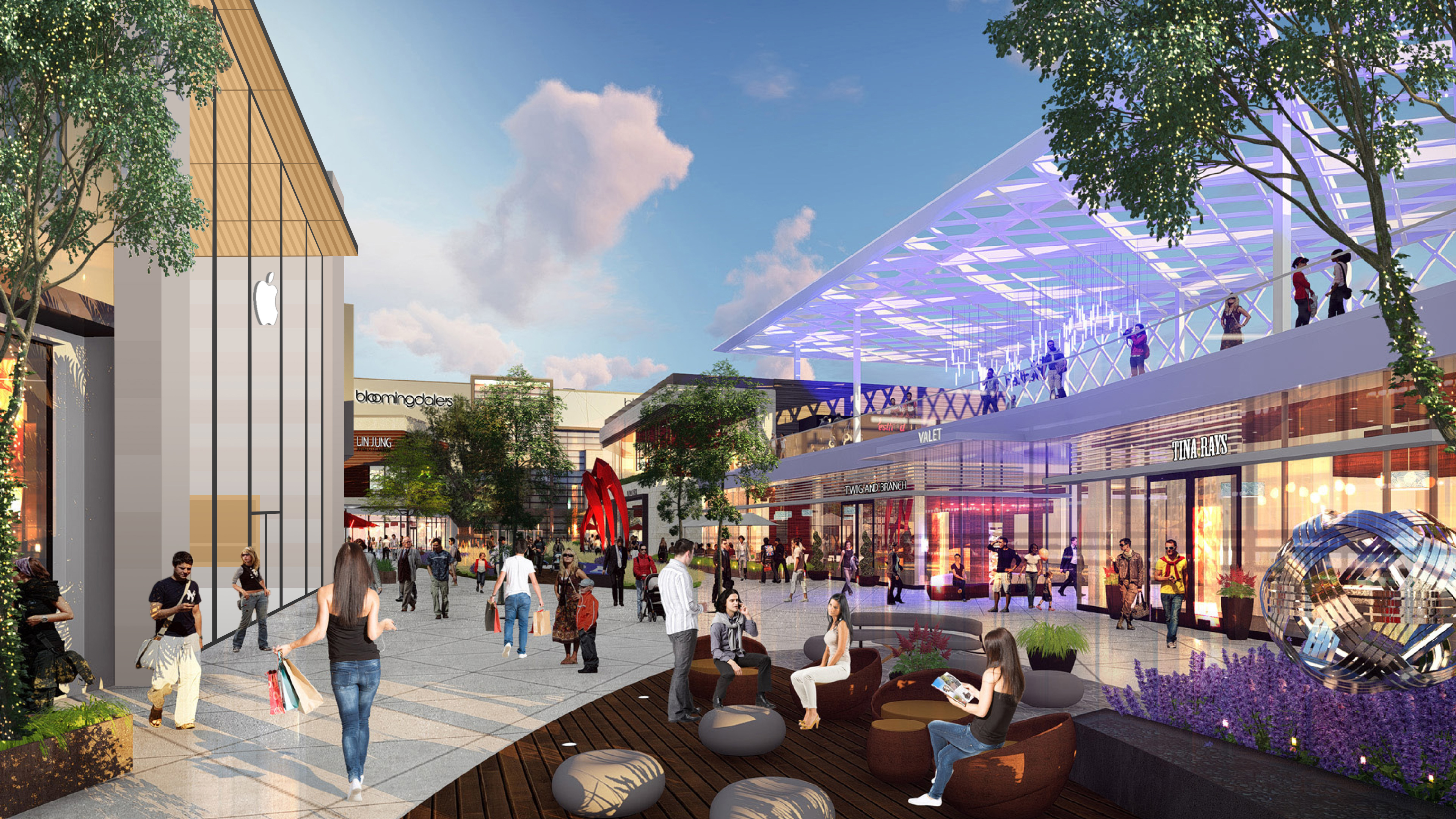 San Jose shoppers will know just how significant of an upgrade this is for Valley Fair’s Apple Store. Apple’s space today is crowded, tired, and lacks the visibility to become a central icon in the mall. The new space should be ideal for drawing visitors in to a Today at Apple session with a huge Video Wall facing the mall plaza. 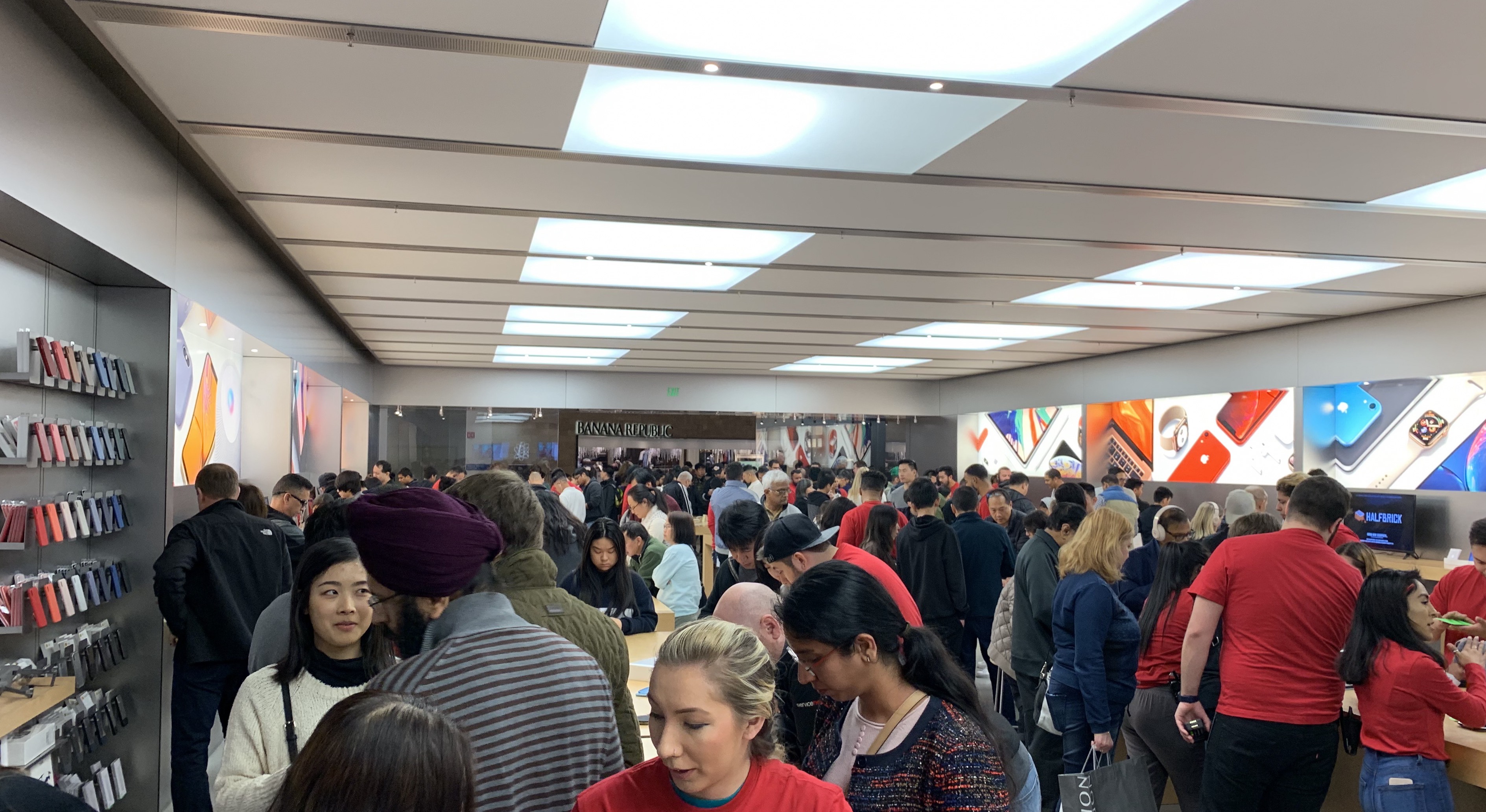 Elsewhere around the Santa Clara valley and neighboring communities, several classic Apple stores are still in need of upgrades. It remains to be seen how Apple will handle locations like Los Gatos, where property expansion opportunities are limited and historic downtown character must be maintained. Earlier this year, it was reported that Arden Fair’s mall store will receive a Video Wall and Forum rather than a full expansion.

Outside of the Bay Area, we reported yesterday that Apple Oxmoor in Louisville, Kentucky has a planned move and expansion ahead of it. Today, Applesfera reports that new retail job listings have been posted in Spain without a corresponding store location, which it claims could indicate further retail development in the country. Rumors of a new store in Spain have been floated on Twitter, but none are confirmed.

If you attend a store opening, spot something interesting, or attend a great Today at Apple session, we’d love to see your photos. Follow 9to5Mac’s retail guide for in-depth coverage of the latest Apple store news.