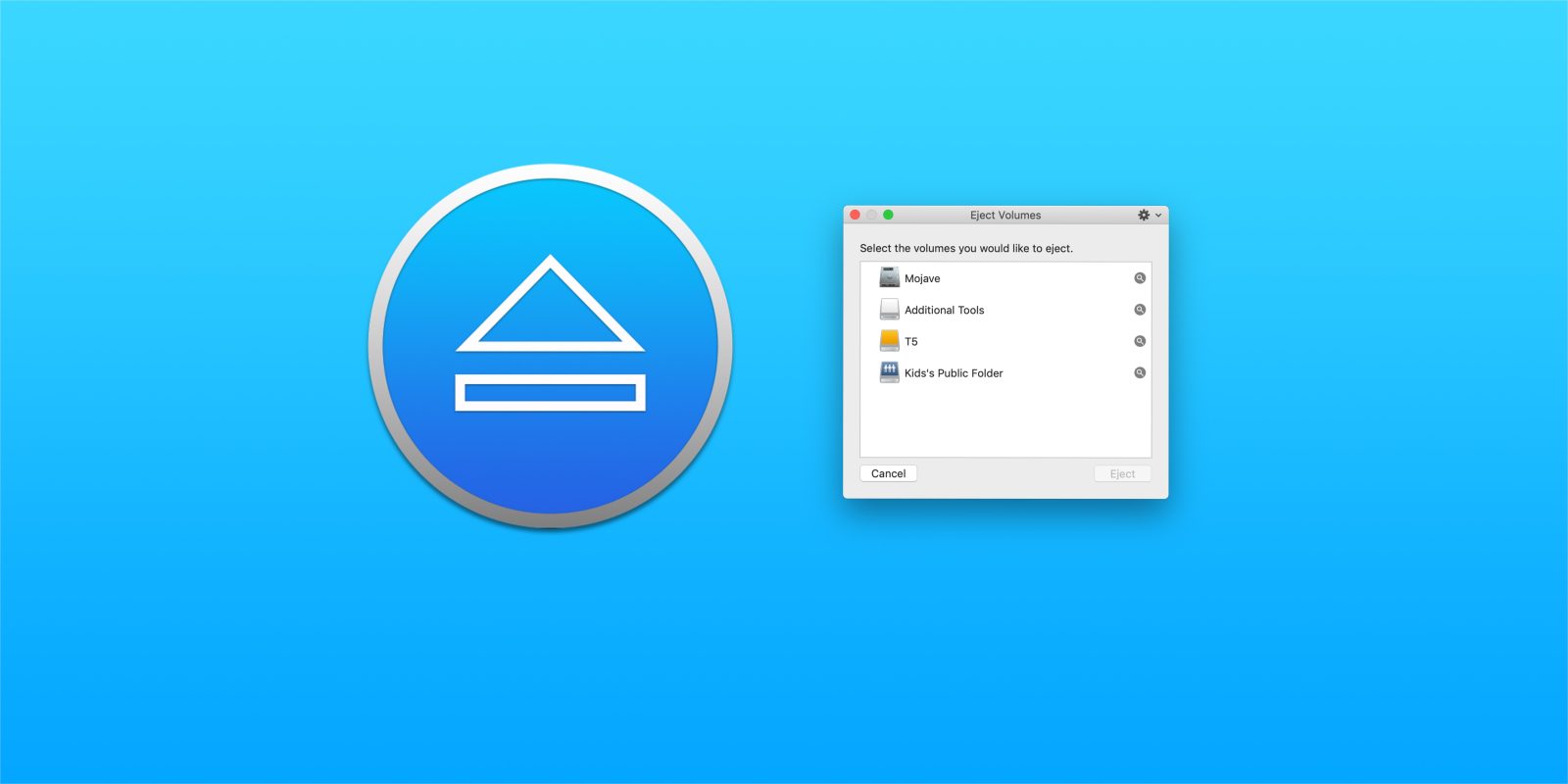 As macOS has transitioned away from the SuperDrive and the use of physical media has declined, the eject key on Mac keyboards has become essentially useless. A new app from developer Dave DeLong, however, aims to add some functionality to the key – and to your MacBook Pro’s Touch Bar.

DeLong is out today with a new app called Ejector, which repurposes your Mac’s eject key into a hard drive utility. With Ejector installed, simply press the eject key on your Mac’s keyboard to see a list of all connected volumes. This includes external drives, disk images, network drives, and partitions.

Modern Mac notebooks don’t feature an eject key, but Ejector takes that into account. The app also places a handy button in your MacBook Pro’s Touch Bar, making it easy to access volumes there as well.

Once you’ve pressed the eject key or the Touch Bar icon, you’ll be able to eject any drive from macOS, or force eject it if it’s being stubborn.

Apple still sells its Magic Keyboard with an eject key, even though it doesn’t sell any Mac with an optical disk drive. With Ejector, the otherwise useless eject key on you Mac’s keyboard has a completely repurposed functionality.

Ejector is available for download here. There’s a 7-day free trial, after which you can pay $9.99 to continue using the app.

I’m pleased to announce Ejector, an app that gives new purpose to your ⏏️ key. Without a CD drive, this key does nothing; now it shows all your mounted drives and volumes and helps you eject them.