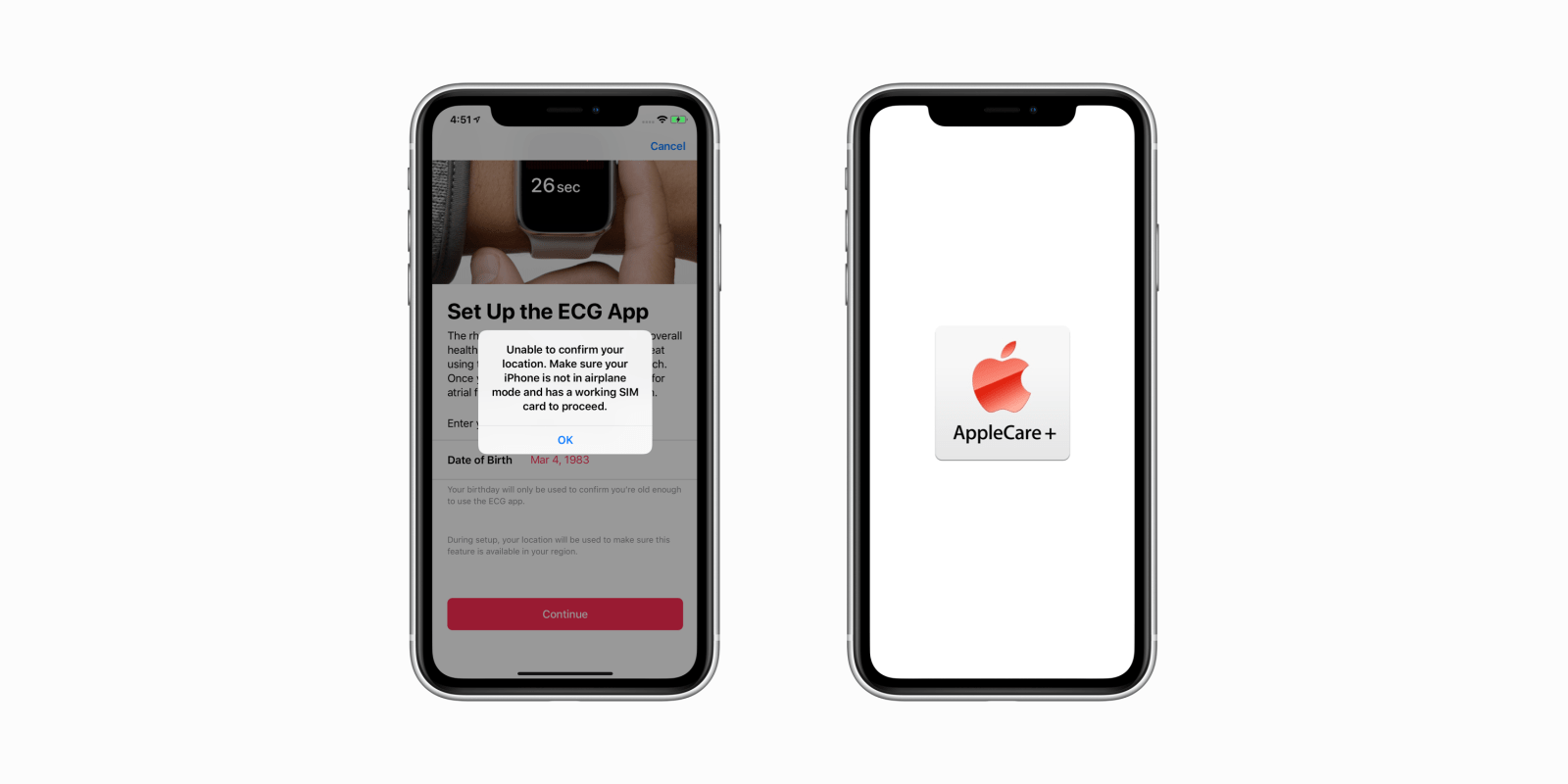 We’ve been testing the developer beta of iOS 12.2 since its first release back in late January. Since then, we’ve learned that the new version includes support for unreleased AirPods with “Hey, Siri” support and also found evidence of the rumored Apple News subscription service. In this post, I’ll highlight some under-the-hood changes that may or may not end up in the final release, but are interesting nonetheless.

The ECG feature is currently only available in the US, where it’s been cleared by the FDA. Releasing the feature in other territories depends on approval from local health authorities, that’s why Apple limits the availability of the feature to devices sold in the US.

Up until now, Apple Watch Series 4 users who bought their Apple Watch in the US were able to use the ECG feature just fine, provided that they completed the onboarding step on their iPhone first. In this onboarding, the user has to confirm their date of birth and also see some instructions about how ECG works.

A change to this onboarding process suggests that Apple is going to start taking more aggressive measures to prevent usage of the feature in other territories. In iOS 12.2, a new phrase has been added to the bottom of the screen, which says that “During setup, your location will be used to make sure this feature is available in your region.”. Trying to perform the setup on an iPhone without a SIM installed gave the error “Unable to confirm your location. Make sure your iPhone is not in airplane mode and has a working SIM card to proceed” (see image).

This error when trying to proceed with the setup on an iPhone without a SIM card suggests that the feature will use the carrier-provided location data to check if the user is in a region where ECG is supported, not the GPS itself. It’s unclear whether this is going to be a check performed only during the onboarding step or a constant verification that occurs in the background and deactivates ECG if it finds out the user is outside the supported regions. It’s also not clear whether users who’ve been able to activate the feature before will see it disabled upon updating to iOS 12.2 when it’s released to all users, probably later this month.

Warranty information and AppleCare in Settings

It looks like Apple is trying to make warranty information more clear in iOS 12.2. A new system, internally called “new device outreach” is designed to check the device’s warranty status and display this information in the Settings app, under the “About” section.

There’s also evidence that this feature could potentially allow users to purchase AppleCare for their new device directly from the system, without requiring the Apple Store app to be installed. It is currently disabled in the beta, but it looks like it will be enabled for the final version of iOS 12.2

According to a report by The Wall Street journal released in late February, Apple is working with Goldman Sachs to release a joint credit card, which will be integrated in the Wallet app and offer special features like the ability to set spending goals.

The Journal story also mentioned that the team was discussing borrowing visual cues from Apple’s fitness-tracking app, such as the Activity Rings. We found evidence in iOS 12.2 that Apple will in fact incorporate something similar to the rings in Wallet, not only as a mechanism to display information to the user, but actually as a control that lets the user set numeric values. You can see in the gif below what this looks like at the moment (clearly unfinished).

Besides support for new AirPods with “Hey, Siri” and evidence of new iPad models, including a new iPad mini, the components on iOS responsible for interfacing with the AirPower charging mat have seen some changes across the different beta releases, suggesting that Apple is still working on the device, making sure the software will interface with it correctly when it’s eventually released. As for iOS 12.2, it will probably be released right after the Apple special event on March 25.