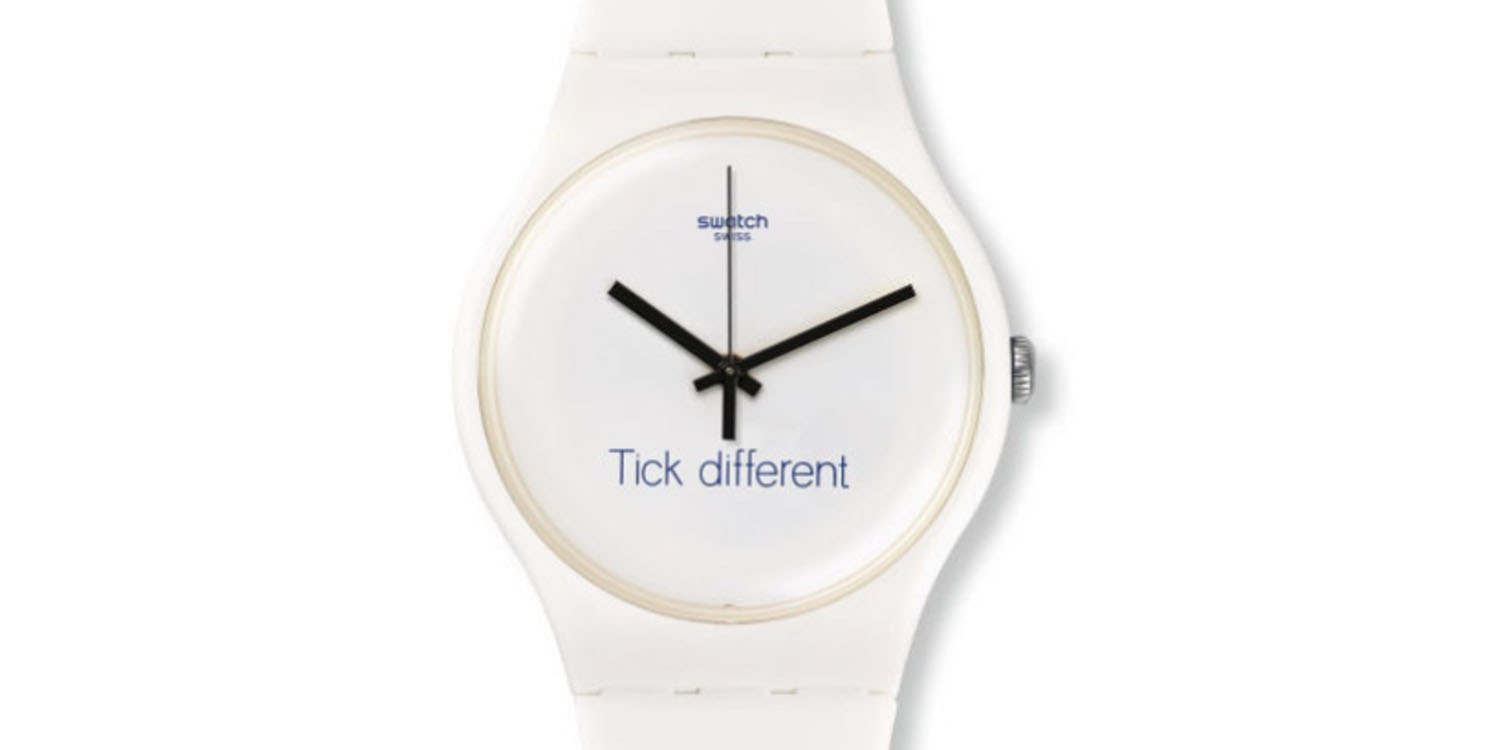 Swatch has won a legal battle with Apple over its ‘Tick Different’ slogan. Apple had objected to the Swiss watch company’s use of the slogan, which Swatch used to promote its NFC-enabled watch.

Apple argued that Swatch was unfairly trading on the Cupertino company’s ‘Think Different‘ phrase, one of the best-known slogans in advertising history …

Swatch had contended Apple’s Think Different was not known well enough in Switzerland to warrant protection.

In a ruling released on Tuesday, the Federal Administrative Court agreed, saying Apple had not produced documents that sufficiently backed up its case.

It might seem a surprising ruling, given that Think Different was an incredibly high-profile slogan used by Apple worldwide from 1997 to 2002, as we previously outlined.

It emerged from the one-minute ‘Crazy Ones’ commercial which featured a total of 17 people who changed the world by challenging the status quo.

However, the legal standard Apple faced was a tough one: more than 50% of the Swiss population would have to associate ‘Tick Different’ with Apple for the Californian company to have won.

More bizarre is the fact that Swatch also trademarked ‘One more thing,’ and Apple’s attempt to block that also failed.

Apple is unlikely to lose too much sleep over the ruling. Jony Ive said ahead of the Apple Watch launch that the Swiss watch industry would be in trouble, and it wasn’t long before that prediction was proven true. Apple now sells more watches than the entire Swiss watch industry, with traditional brands seemingly unsure how best to compete – as evidence by one of the more bizarre product launches. Apple’s lead continues as continued double-digit growth is expected for the wearables sector.