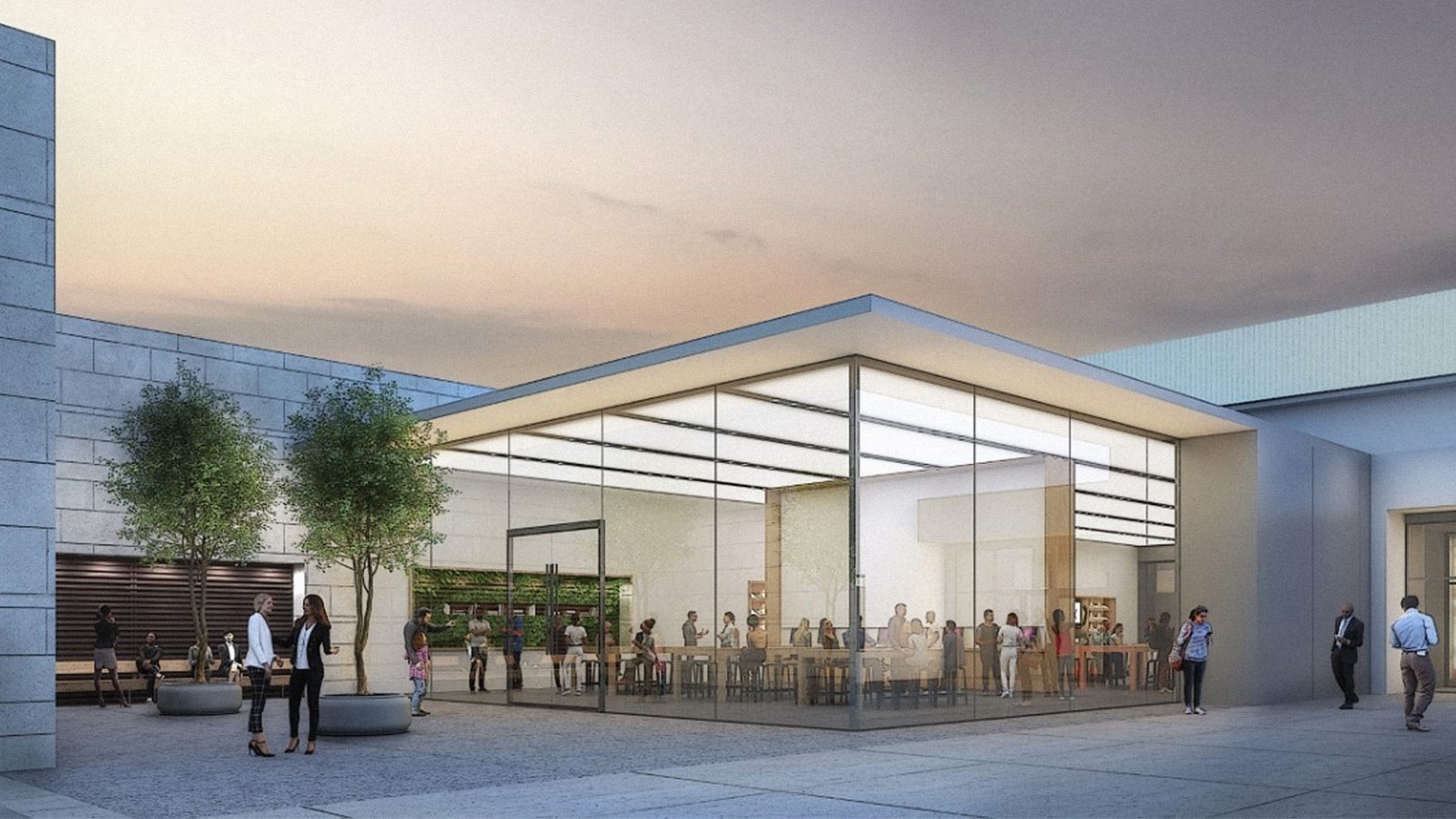 The telltale signs of a new Apple Store have appeared in New Jersey. Recent comments and renderings strongly suggest that Apple is planning to replace its small and aging space at the Cherry Hill Mall with a redesigned and significantly expanded location featuring outdoor access and a public plaza. The tentative project joins a chorus of other retail developments around the U.S. and beyond aiming to expand Apple Store capacity.

During a recent meeting of the Cherry Hill, New Jersey planning board, a project to create a “flagship store” for an unidentified tenant was detailed, the Courier Post reports. A lawyer for Cherry Hill Mall owner PREIT noted that the mystery tenant currently occupies roughly 5,700 square feet Inside the mall and “is an internationally recognized technology equipment store.”

The report and planning board carefully tiptoe around confirming Apple as the mystery tenant, but renderings presented of the proposed store have all of the unmistakable architectural qualities of a modern Apple Store. Plans show that Apple intends to replace Cherry Hill’s existing The North Face location adjacent to Macy’s and California Pizza Kitchen with a roughly 10,000 square foot store.

Apple’s circa-2008 store inside the Cherry Hill Mall is sealed off from the outdoors and natural lighting. The new space would offer both an indoor entrance and a 2,000 square foot outdoor plaza with seating and trees. A similar layout concept merging traditional shopping center access with a more significant exterior courtyard and facade was used in Indianapolis at The Fashion Mall at Keystone in 2016.

While the prospects of a nicer Apple Store are exciting if you frequent the Cherry Hill location, it’s worth noting that Apple and mall operators often use the term “flagship store” loosely and without a clear definition. The Neumann Smith renderings presented to the Cherry Hill planning board appear to be slightly outdated and may not accurately represent the finished store.

Apple opts for stone and wood materials in many recent projects rather than stainless steel and light boxes. Still, the images give us a good idea of what to expect. Construction will undoubtedly take at least a year after visible work begins at the site. 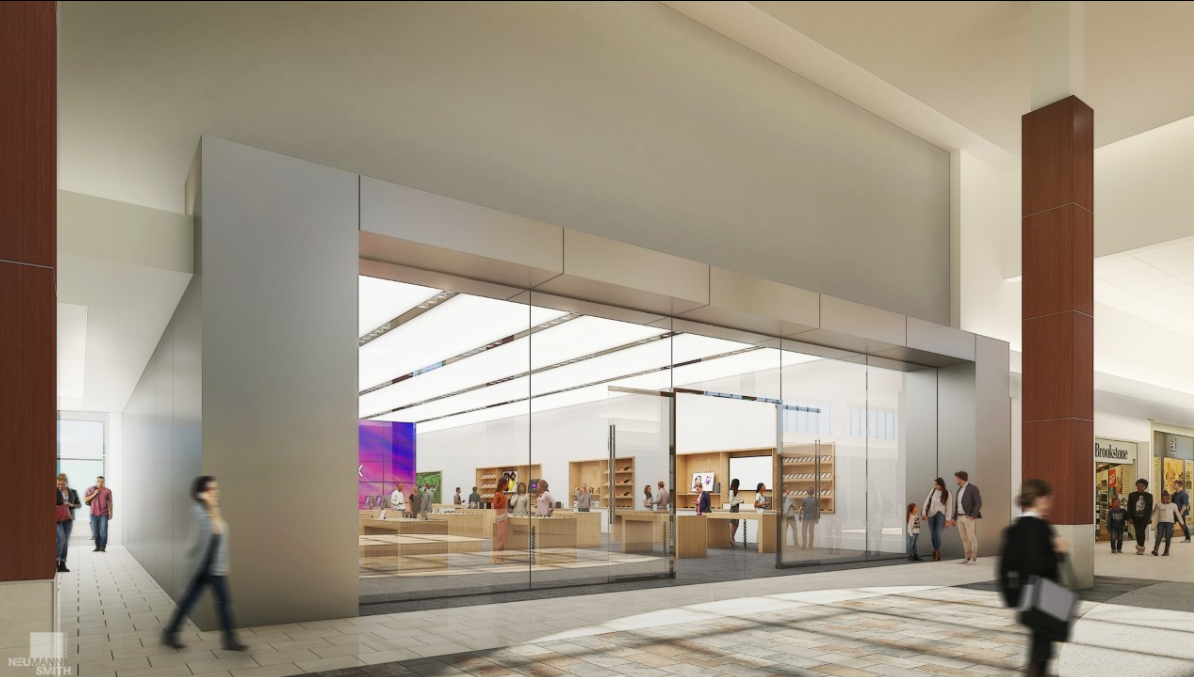 Apple’s Cherry Hill expansion plans arrive not a day too soon. New Jersey is ripe with classic Apple Stores in need of a refresh. Out of 11 stores in the state, just one — Apple Menlo Park — has been fully remodeled to meet Apple’s contemporary design aesthetic. Last year, Apple Willowbrook in Wayne added a video wall and Forum for Today at Apple sessions. Apple Bridgewater closed temporarily this past January and will reopen later this year with a new design.