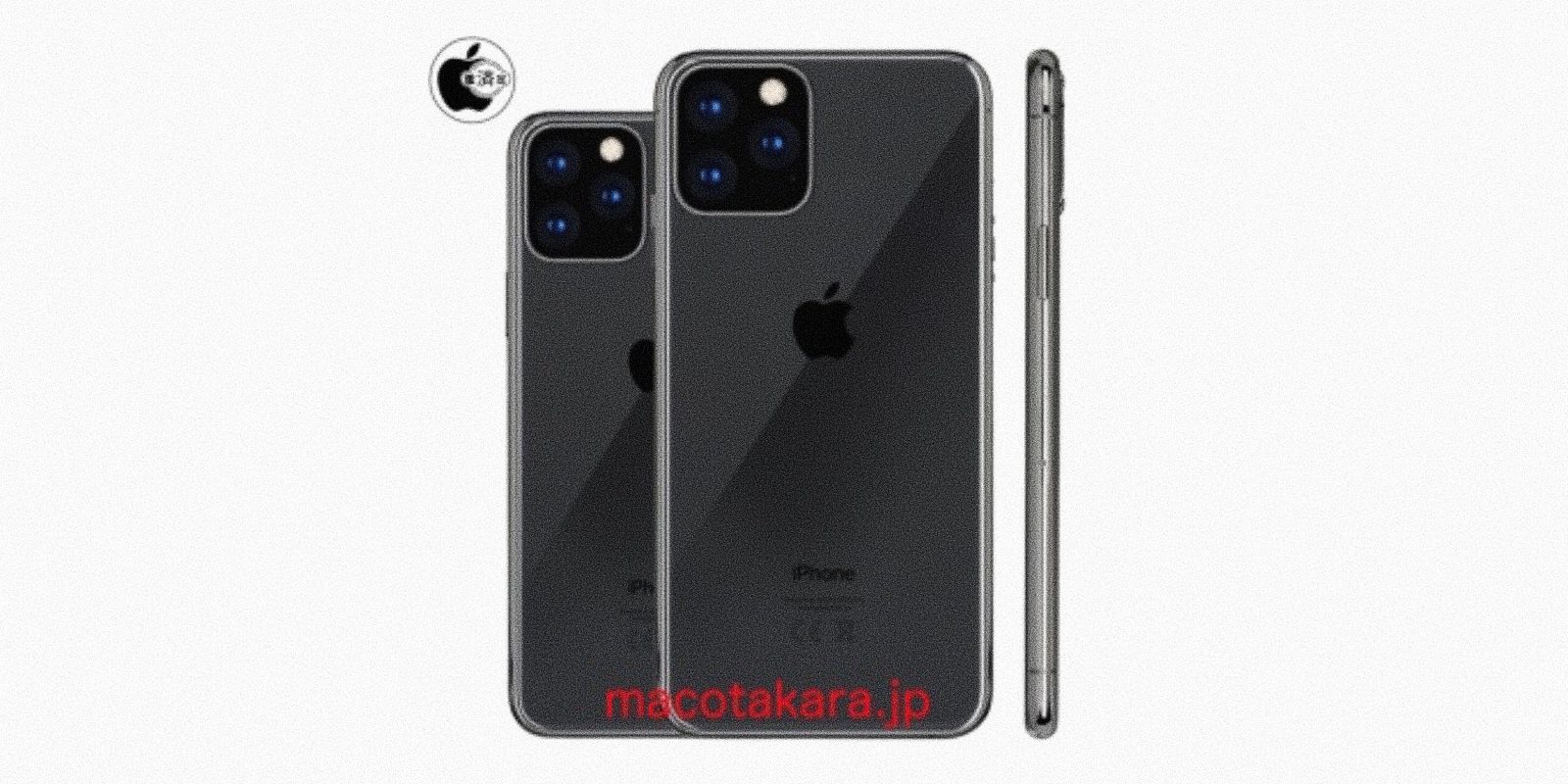 Japanese Apple blog Macotakara is making some unorthodox claims this morning regarding the 2019 iPhone lineup. Previous rumors had indicated that the 2019 lineup would be direct successors to the 2018 iPhone XR, iPhone XS and iPhone XS Max.

Today’s report, citing reliable Chinese supply chain sources, suggests that in addition to spec bumps to the XR and XS, there will be two new 2019 iPhone models with 6.1-inch and 6.5-inch OLED displays. These models would be specially designed to accommodate the rumored triple-camera system.

It’s a strange report and worth reading with a healthy dose of skepticism, but Macotakara has a reasonably accurate track record when it comes to Apple rumors. The site was one of the first, if not the first, to report that the iPhone 7 would drop the 3.5mm headphone jack for instance.

The justification for the expansion of the iPhone lineup appears to be related to the triple-lens component. The lenses will apparently be the largest ever for an iPhone and feature a bigger sensor size, which should enable higher-quality photography. However, this means the camera module is a physically larger component than any that has come before it too.

For these new 2019 iPhones, according to the report at least, Apple is making the chassis thinner to (partially) offset the increase in size of the triple-lens camera bump. The main body of the 6.1-inch OLED model will be about 0.15mm thicker than the current iPhone XS chassis, but the camera bump will protrude less, by about 0.5 mm.

Overall, the 6.1-inch model would be between the 5.8-inch iPhone XS and 6.1-inch iPhone XR in terms of size in the hand  — presumably featuring thinner bezels than the iPhone XR as it would use OLED and not LCD screen technology.

Regarding the 6.5-inch OLED model, the overall body is purportedly 0.4mm thicker but the camera bump is reduced by 0.25mm. Combined, this means the 6.5-inch model would be 0.2mm thicker than the iPhone XS Max.

Macotakara claims that it is these two new OLED models that will feature bilateral wireless charging and come with the Apple 18W USB charger and USB-C to Lightning cable in the box.

The report certainly throws a spanner in the works compared to the rumor mill consensus of a straightforward evolution of the current 6.1-inch LCD and 5.8-inch/6.5-inch OLED configurations.

Interestingly, over the weekend, OnLeaks tweeted that he had received new information regarding the 2019 iPhone lineup. It doesn’t directly agree with the Macotakara claims, but it shows there is room for more turbulence than we have been expecting.

I recently heard triple rear camera won't be exclusive to any 2019 iPhone. According to yet unconfirmed source, #iPhoneXI, #iPhoneXIMax and #iPhoneXIR will all three come with triple camera. Among others things, kinda frosted glass may be #iPhoneXI and #iPhoneXIMax only exclusive

OnLeaks said that an ‘unconfirmed source’ indicated the triple-camera would not be exclusive to any size but design changes like a frosted glass back would be limited to the ‘iPhone XI’ and ‘iPhone XI Max’. These could be the two OLED models that Macotakara is claiming will exist.