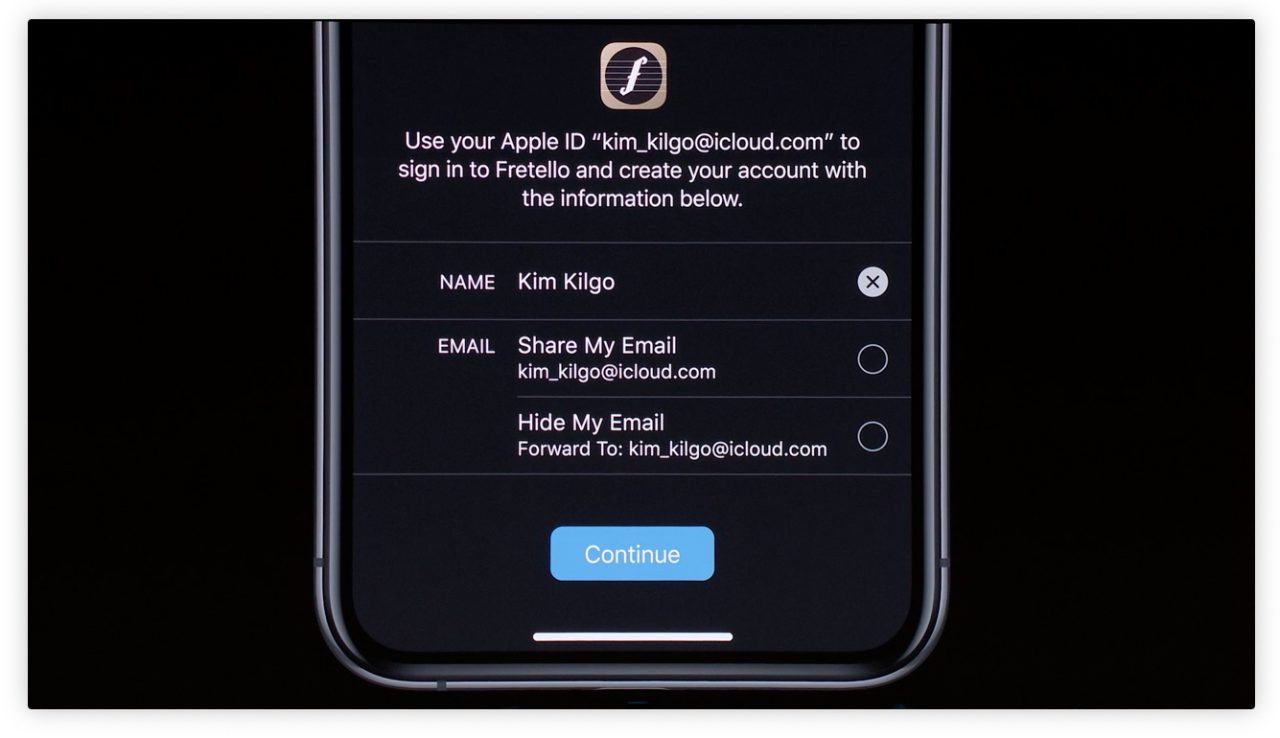 “Sign in With Apple” isn’t live in the first beta of iOS 13, but the company says it will be available for developers to test this summer. It also notes that if an app supports third-party sign-in from a competitor like Google or Facebook, it must also support “Sign in with Apple.”

You can choose either share your real email with the service, or use the ‘hide my email’ option. If you choose the latter option, Apple will randomly generate an email that forwards to your actual email address, thus hiding your information from the company.

It’s interesting that Apple will be requiring developers support “Sign in with Apple,” and it’s possible that the requirement might not be well-received by some companies. Only time will tell how it plays out.