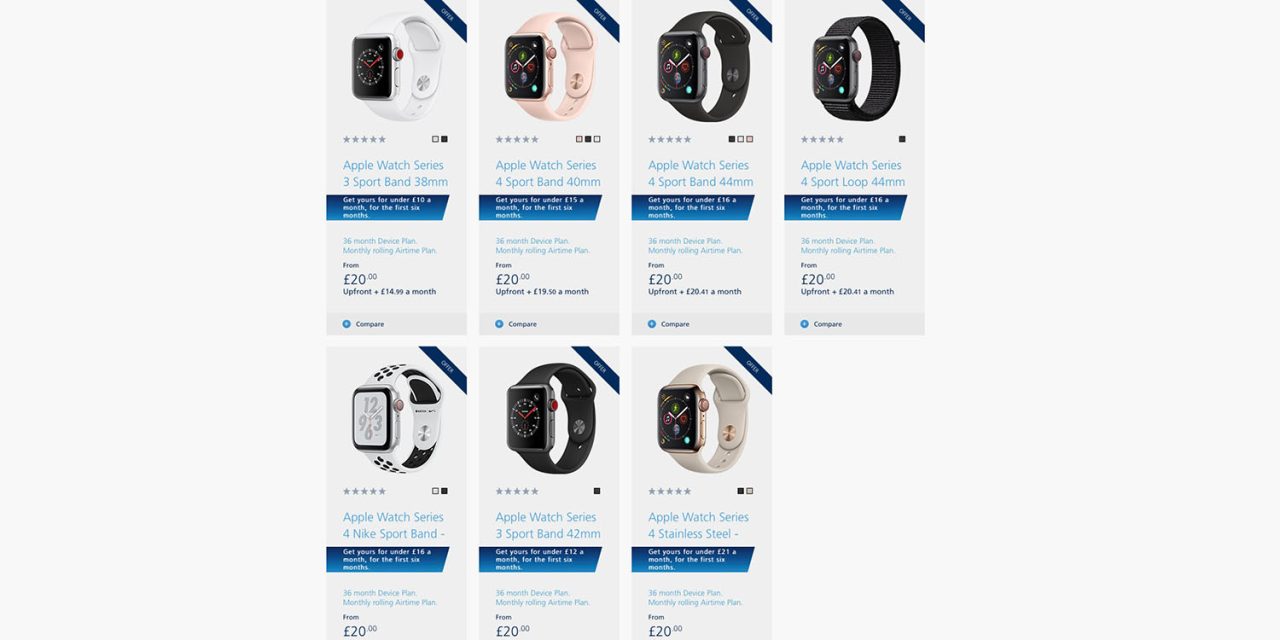 When the cellular Apple Watch first launched in the UK, it was only available on EE. Vodafone later offered it, and now O2 has done the same, leaving Three the only major carrier not to do so …

All are available with an upfront cost of just £20, the rest of the cost paid monthly. You can optionally pay more upfront in order to reduce the monthly payment.

All Watches come with unlimited data, and the first six months of airtime free, increasing to £5/month after that. The good news is that the data plan is a monthly rolling one, so you aren’t locked in.

The offer is, however, limited to those with an iPhone on an existing O2 Pay Monthly contract.

Surprisingly, in a recent reader poll, the majority of you could see the possibility of the Watch replacing your iPhone within a few years. Only 30% said that it would never happen, with the next largest group rating the likelihood at 7/10 – and other votes widely split.