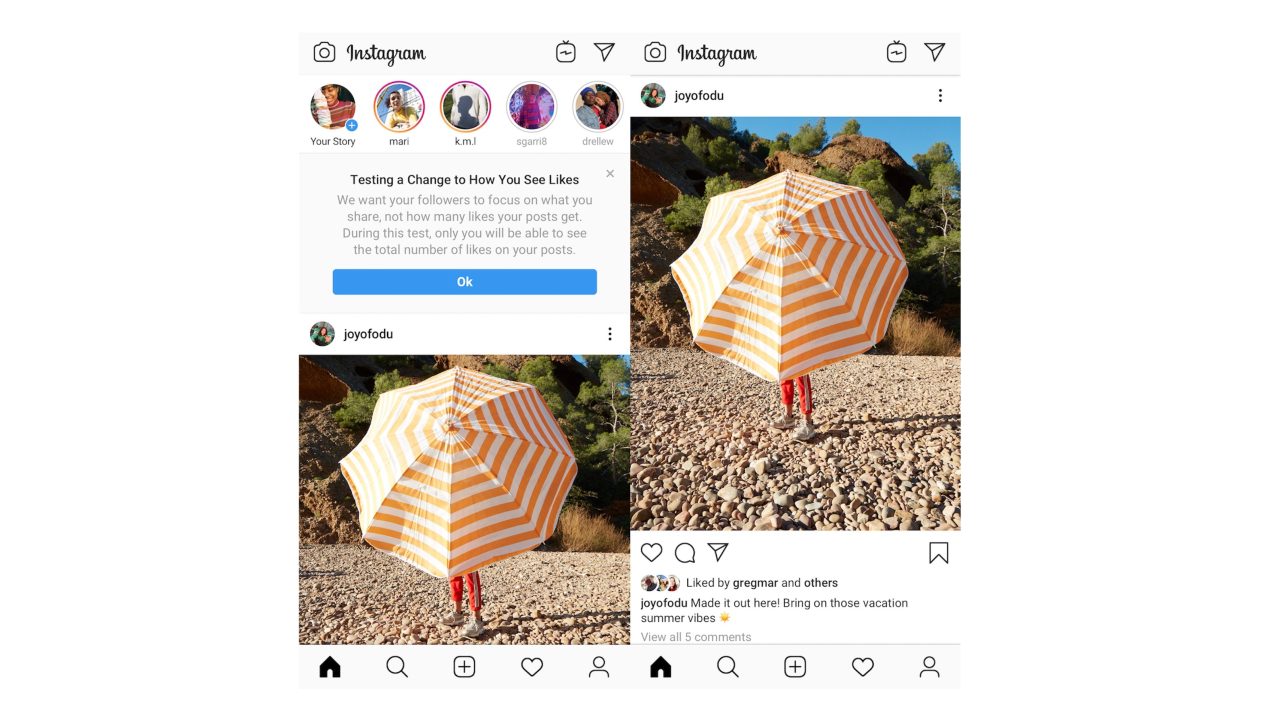 Earlier this year, Instagram announced that it was testing a design shift that would hide the number of likes on posts. Now, the company is expanding that design change to additional countries.

TechCrunch reports today that Instagram will now hide the number of likes that posts get in six more countries starting today. These six countries join Canada as areas where Instagram is testing this change.

Instagram says this change is in an effort to have “your followers focus on the photos and videos you share, not how many likes they get.”

Meanwhile, Twitter today has also launched a new test in Canada. This test introduces a new “Hide Replies” feature, which gives users the ability to hide any replies to their tweets that they feel don’t contribute to the conversation.

As TechCrunch details, hidden replies are not deleted entirely, but rather moved out of the way and placed behind a “Hidden Replies” screen. Here’s how it works:

The goal of this feature, according to Twitter, is to encourage more civil conversation. Some people argue, however, that this could create a “filter bubble” where people only see replies that agree with the original tweet.

We want everyone on Twitter to have healthy conversations, and we’re working on features that will help people feel more comfortable. We’re testing a way for people to hide replies they feel are irrelevant or offensive.

Currently, Twitter is only testing the “Hide Replies” feature in Canada. It’s unclear when it might come to additional countries. Whether or not Twitter expands the feature likely depends on the feedback it receives through the test in Canada.

What do you think of these new features from Twitter and Instagram? Let us know down in the comments.