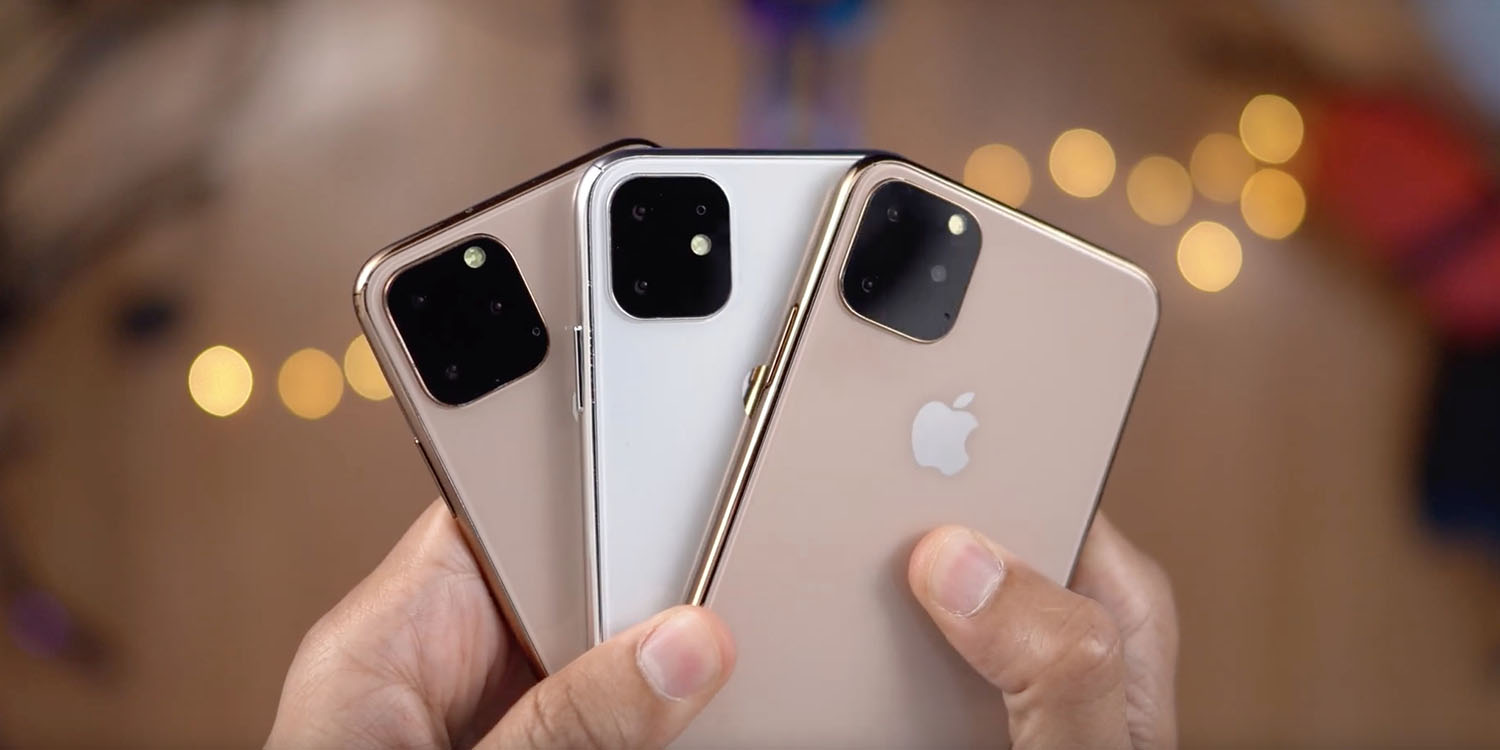 We’ve heard two credible reports now that this year’s successor to the iPhone XS will be named the iPhone 11 Pro. Today’s report suggests that the successors to the iPhone XR, XS, and XS Max will be, respectively:

I think it’s a fairly horrible idea, but I do tend to believe it…

I dislike the idea for two reasons.

A Pro label for an iPhone is just a bit silly

First, just the idea of a ‘Pro’ iPhone is a little annoying.

Don’t misunderstand me. Modern iPhones are amazing devices. There was a time when such a powerful and flexible pocket computer would have stretched the credibility of science fiction stories, yet we now take them totally for granted.

And they are sometimes used for professional purposes. There are, for example, all those ‘Shot on iPhone’ movies and ads. But let’s not kid ourselves about those. The reasons for shooting on iPhone have little to do with it being a ‘pro’ device.

For some, it’s budget: they own an iPhone, and can’t afford to buy another camera. For others, it’s convenience: they shoot when the mood takes them, and the iPhone is the camera that’s always with them, or it’s a discreet way to film. For some, there’s a direct financial inventive, in the form of either Apple or a carrier financing the production.

But, in probably the majority of cases, it’s for the PR value. Shooting a movie or premium brand ad on an iPhone is newsworthy (at least for now). It gets coverage you either couldn’t buy or couldn’t afford. In those cases, the iPhone is really just a sensor: it’s the cinematography lenses, Steadicams and so on that enable filmmakers to produce professional quality work.

The iPhone 11 Pro Max is an ugly name

I agree with my colleague Benjamin Mayo that the name is a real mouthful.

Apple design is all about minimalism. Simplicity. The essence of a product, and nothing more.

Apple extends that philosophy to everything from its mostly-white-space packaging to its low-key product videos. It generally applies to product names too. AirPods, for example — that’s a great name. Anyone familiar with Apple knew about the iPod and EarPods, and the Air implies through the airwaves. Simple, communicative. HomePod, same deal: once you know ‘pod’ is about sound, HomePod is a minimalist name that communicates what it needs to.

But I do reluctantly believe it

Much as I don’t want to, though, I can believe it.

It fits with Apple’s naming conventions for the MacBook and iPad range, so it would be perfectly consistent to extend it to the iPhone too. And given we currently have the Max suffix for the larger model, that too would be consistent.

Admittedly it’s still a bit of a mouthful, but personally, I think it’s neater than iPhone 11 Pro Max. Especially when we want to talk about the model without distinguishing by screen size. Currently, we have to talk about the iPhone XS/Max or something even more convoluted. It would be much easier to simply say iPhone 11 Pro.

That’s my view, then: I don’t like it, but think it’s probably true — and just wish Apple would drop the ‘Max’ bit. What are your thoughts? Please take our poll and share your views in the comments.