Microsoft unveils all-new To Do app, encourages Wunderlist users to make the switch 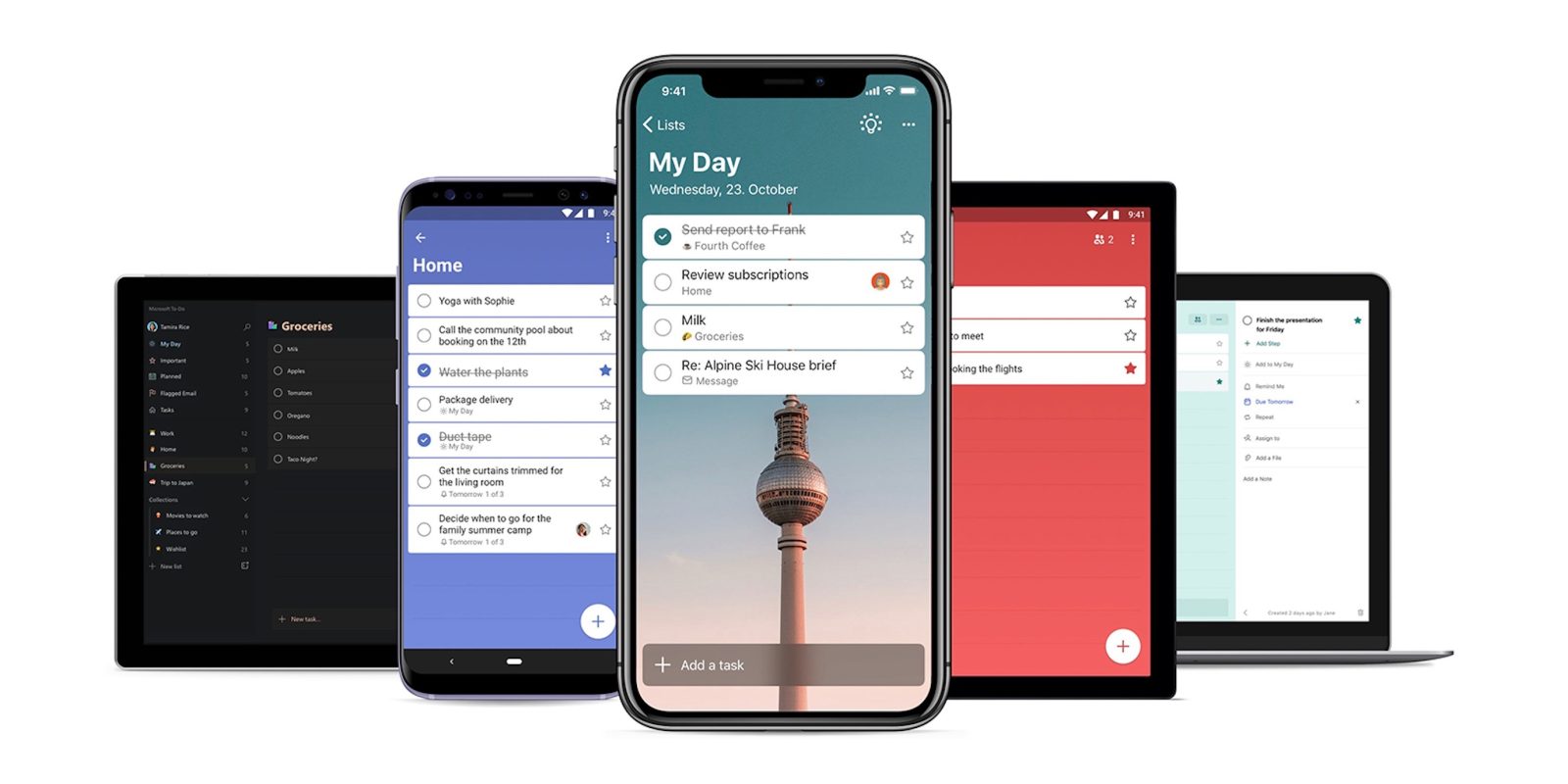 Microsoft today has officially unveiled an all-new version of its To Do application as it continues to integrate features of the Wunderlist platform it acquired in 2015. The company touts that the new To Do application is a major upgrade, with a new design, deeper integration with other platforms, and more.

To Do also supports all of the cross-platform syncing cabalities that you would expect, including Mac, iOS, Android, Windows, and the web.

One of the biggest focuses in the new To Do app is ensuring feature parity with Wunderlist. That means the new app includes a smart lists feature that is essentially an intelligent day planner:

Like Wunderlist, we have smart lists where you can see your planned or important tasks in one list. But what makes To Do unique is the personalized daily planner feature, My Day.

It helps you accomplish what’s meaningful and important to you every day. Smart suggestions in My Day help you plan what you need to accomplish that day. And tomorrow? My Day will refresh, so you can start the day with a blank slate. Any tasks you didn’t complete will be waiting for you in suggestions.

Over the weekend, Wunderlist founder Christian Reber took to Twitter to say that he would like to purchase Wunderlist back from Microsoft. Reber sold the app in 2015, but is unhappy that Microsoft is shutting it down as it migrates users to the To Do app.

There’s still no timetable on when Wunderlist is going to be shut down, but Microsoft is encouraging users to make the switch:

When Wunderlist became part of the Microsoft family, our mission was to bring the delightful, simple, and elegant daily task experience and build it into Microsoft’s intelligent, interconnected, and security-centric ecosystem to create a new app—Microsoft To Do.

If you don’t already have a Microsoft account, you can register with your existing email address (for example, Gmail). As soon as you sign in, the option to import your tasks from Wunderlist is displayed, or you can find it in Settings. Just start importing and you’ll be ready to get started with To Do.

You can download the new version of the To Do app on the Mac App Store for free as well as on the iOS App Store.