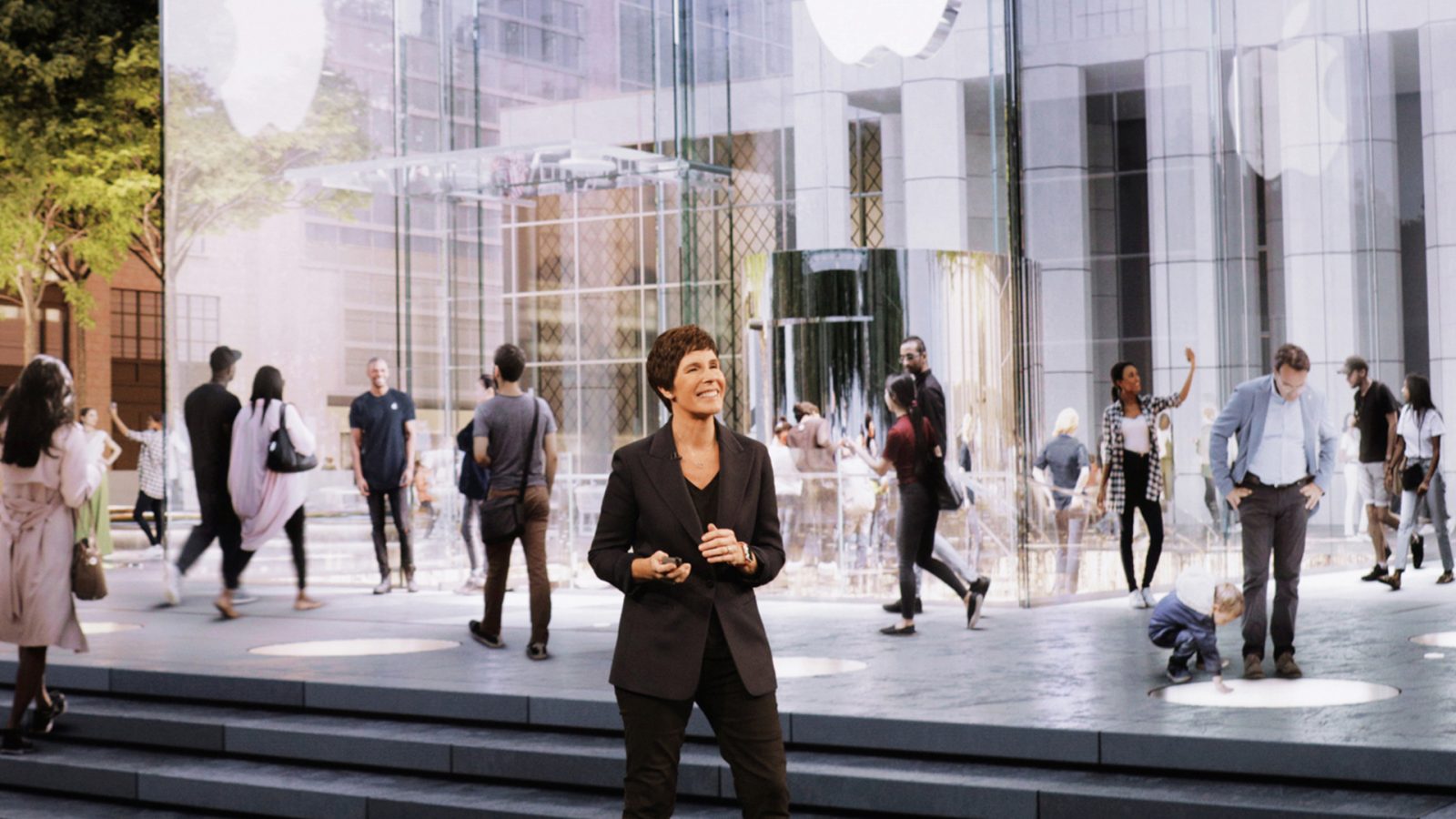 Apple’s retail stores are the outlet for enthusiasm about Apple products. They’re where top fans gather to be among the first to see new iPhones and Apple Watches. They’re where people come to learn new skills and appreciate design. Rarely in the spotlight themselves, Apple Stores paint the backdrop of every product launch. Yesterday at Steve Jobs Theater, Apple put retail center stage — if just for a moment — to give an update on new initiatives and changes to the store experience.

September’s Special Event was the first time since last October’s keynote in Brooklyn that retail received stage time. It was also the formal introduction of Deirdre O’Brien, Apple’s SVP of Retail + People. Deirdre has led the role since Angela Ahrendts departed from Apple in April. The updates outlined during the keynote on Tuesday give us our first look at how the future of Apple Stores might look under new leadership.

Deirdre kicked off the keynote segment with an emphasis on the customer experience facilitated by Apple’s retail teams. Two aspects were detailed: personalization and trade-ins. Apple Watch Studio is a new feature of the Apple Watch buying experience that will allow you to pair almost any watch band and case online or in-store. The feature is an evolution of the previous online Apple Watch Interactive Gallery and collection displays in physical stores. 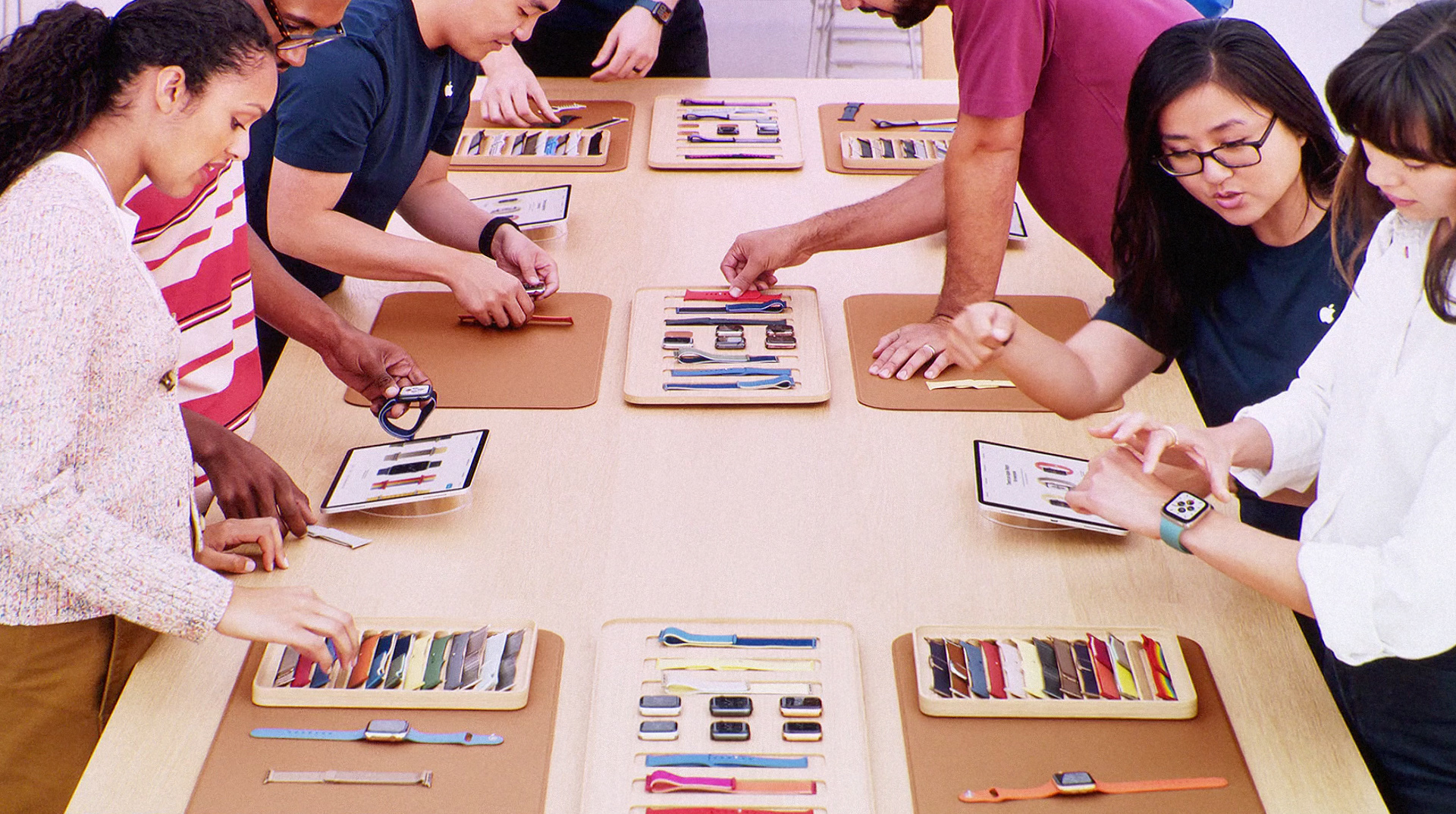 The benefits of Apple Trade In were also reiterated. Trade In isn’t a new feature of the Apple Store, but was branded as Apple GiveBack until earlier this year. Apple has positioned it as the easiest and most affordable way to upgrade to a new iPhone — while keeping the environment in mind.

Last October, an entirely new calendar of Today at Apple sessions was introduced. Angela Ahrendts previewed more store locations and detailed how customers were taking advantage of creative opportunities at Apple Stores. Just before announcing her departure, Apple rolled out the new session catalog to every store and set Today at Apple on a positive trajectory. 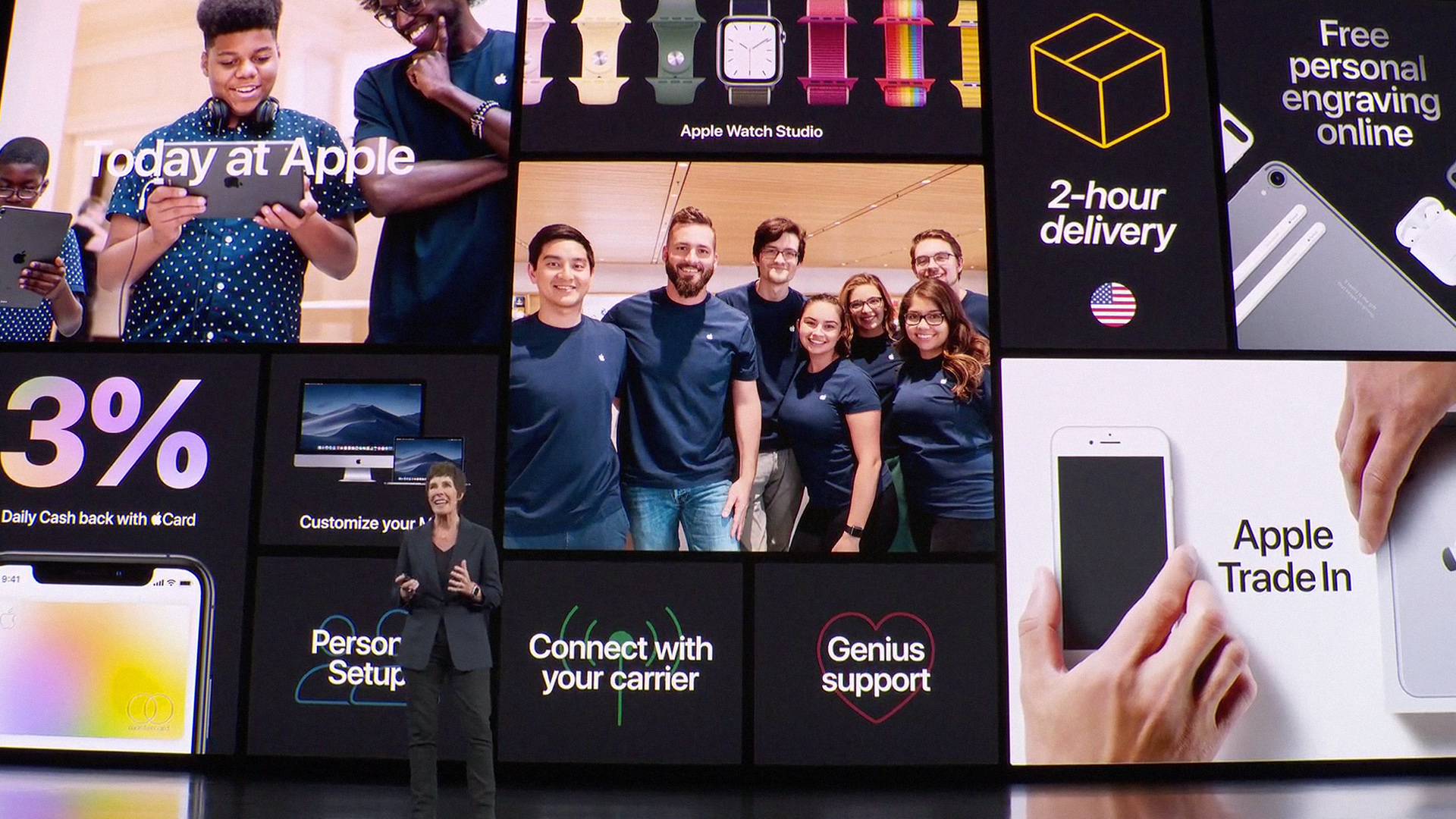 With creative offerings on a strong footing, Deirdre’s updates reminded people of the other ways Apple Stores can offer a better experience. The initiatives detailed were more pragmatic than a Photo Walk or a Music Lab session but have the ability to surprise and delight in the same way. A better shopping experience was the original appeal of Apple Stores.

The second half of yesterday’s presentation highlighted Apple Fifth Avenue, one of the most pivotal stores in the story of Apple retail and an international symbol of new product launch excitement. Apple timed the store’s grand reopening on September 20 to coincide with the release of the iPhone 11 and Apple Watch Series 5. Store openings on product launch days aren’t a new idea, but Apple has never orchestrated an opening of this scale alongside a new iPhone. 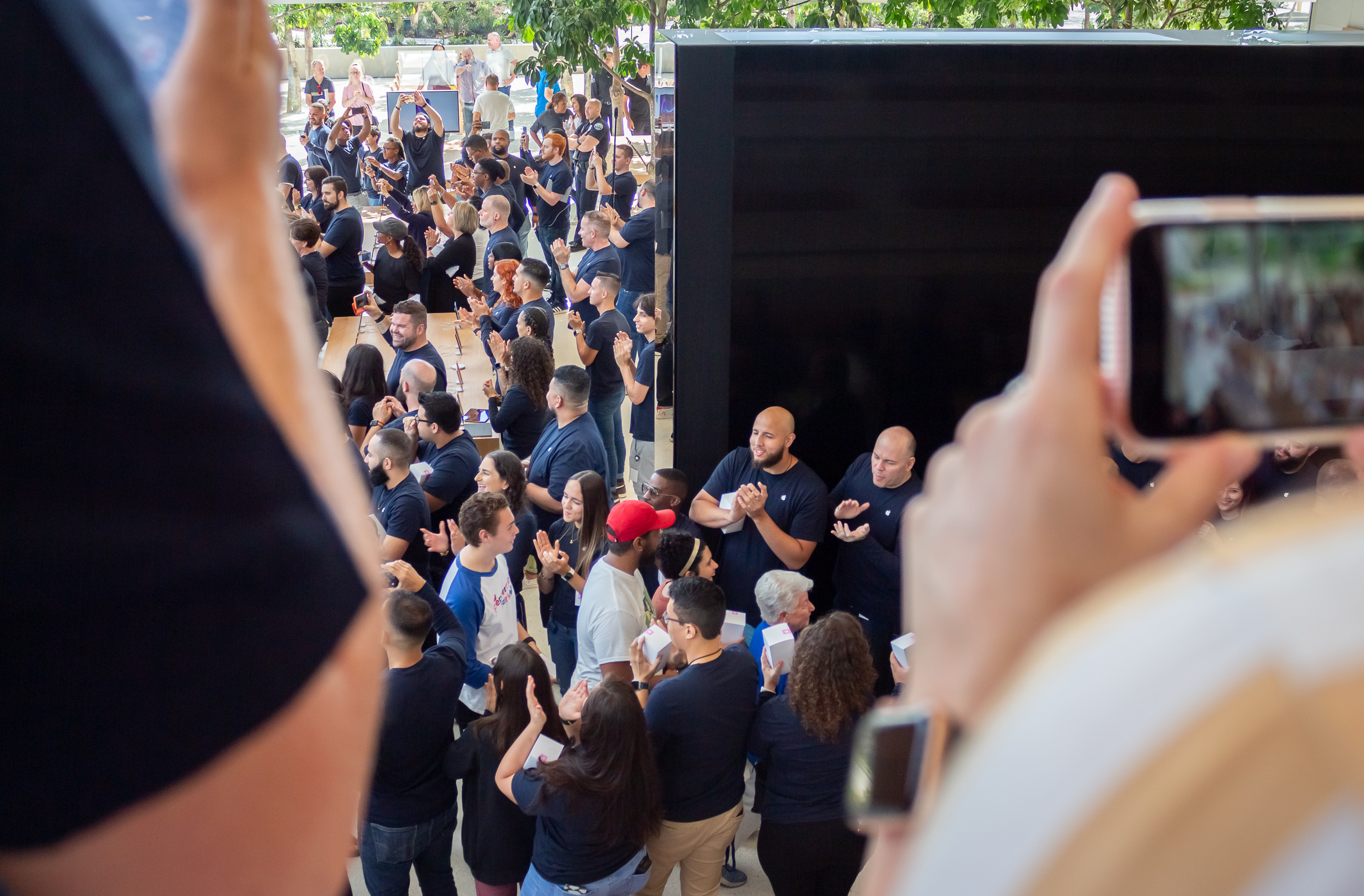 Launch days lines have shrunk in recent years as Apple has promoted the Apple Store app as the best way to pre-order and receive new products. But for enthusiasts, launch day is about more than the device. It’s about the experience of meeting others with shared interests, visiting a thoughtfully designed space, and receiving service you just can’t get anywhere else.

“Our stores are the best place for a celebration,” Deirdre said about Apple Fifth Avenue. We’re still only a few short months into a new era for stores, and it’s too early to make broad conclusions about the future of Apple retail. But yesterday’s announcements make one thing clear: Apple understands what makes its retail experience unique. There’s an air of genuine enthusiasm returning to Apple Stores, and it feels fun.