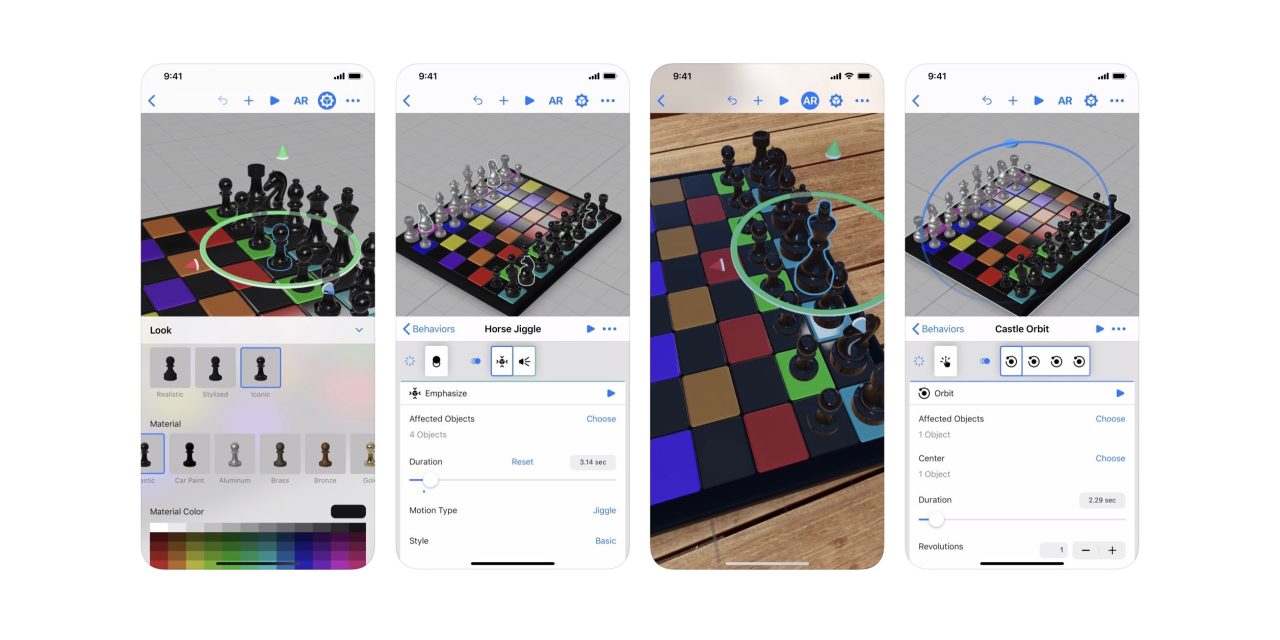 After releasing iOS 13 and watchOS 6 to the public today, Apple has also launched its new augmented reality prototyping app, Reality Composer on the App Store for iPhone and iPad.

Apple announced both of these at WWDC in June and now Reality Composer is available as a free download from the App Store. The app does require iOS 13.

Now anyone can quickly prototype and produce content for AR experiences that are ready to integrate into apps using Xcode or export to AR Quick Look. Reality Composer lets you build animations and interactions on iOS and Mac to enrich your 3D content.

Reality Composer is available now for iPhone and iPad.

Learn more about this app and the RealityKit framework on Apple’s developer page for the new releases.