iPhone 11 Pro Diary: To my surprise, I quite like the look of the camera module 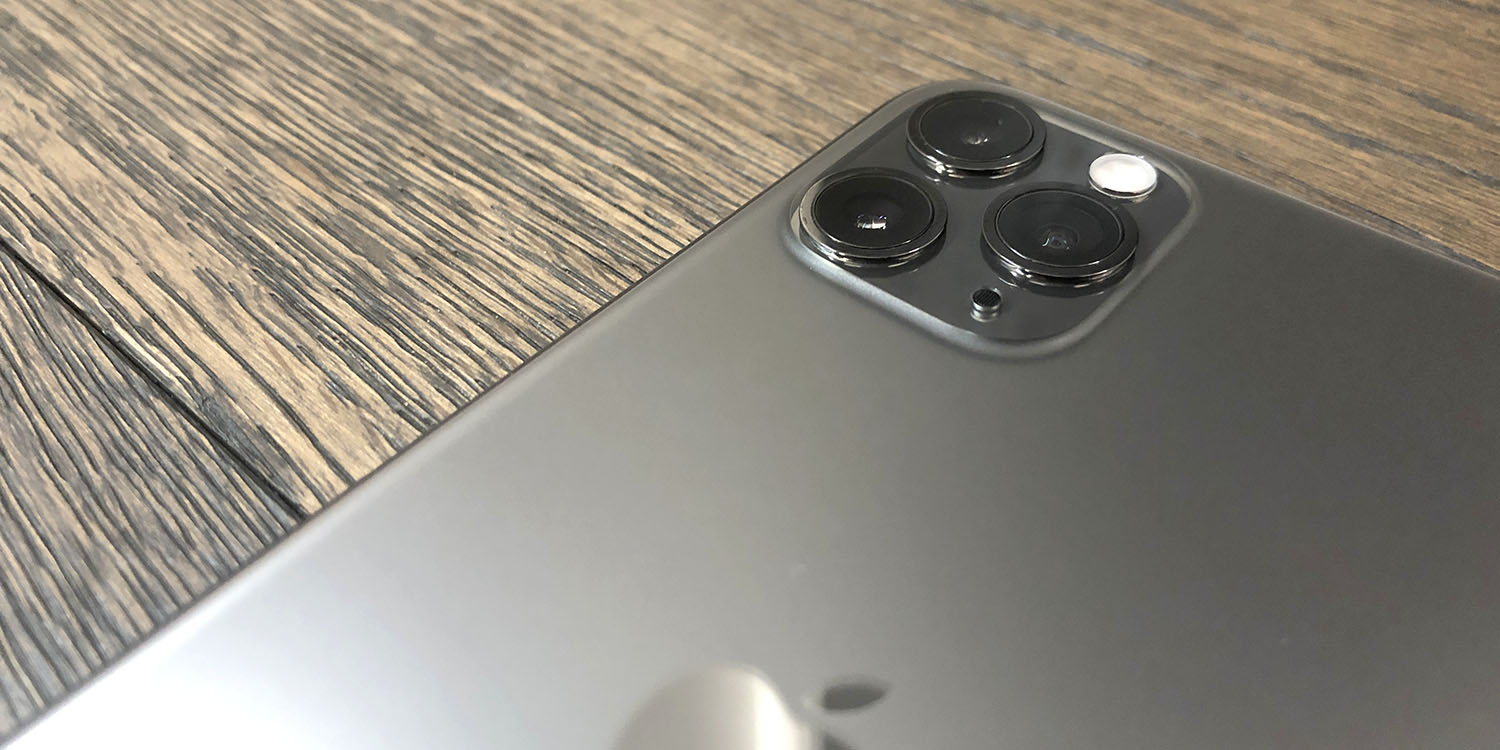 The iPhone 11 Pro camera module has been a source of controversy ever since the first renders were seen. Many complained that this was the ugliest camera bump yet. Some felt the entire square block was unappealing, while others hated the triangular camera arrangement within the square.

My own view was somewhat neutral. Regular readers will know that I’m not a fan of camera bumps at all. I’d far rather the phone were slightly thicker to allow the camera to be flush. But given that Apple has gone this route, I had three thoughts about it – and two of those thoughts turned out to be wrong once I took delivery of my matte new iPhone…

First (and this remains my bottom-line), who cares, really? It’s not like we spend a lot of time looking at the back of our phone. A camera bump isn’t ideal, but if we’re going to have a design flaw, having it on the back of the phone is way better than on the front.

Second, I’d expected Apple to largely disguise the three separate cameras by embedding them in flush-mount glass within the square camera module. So I thought they’d be less prominent in real-life than they were in the renders.

Third, I’d thought this was no better or worse than any previous camera bump.

I was wrong about both latter points. We’d already seen from the keynote that the lenses are not flush with the glass in the square module. And in real life, they protrude quite noticeably. Add in the fact that the square module is polished glass, while the rest of the back of the iPhone is matte glass, and far from making the cameras blend in as much as possible, Apple has ensured that they stand out.

But I was also wrong that this bump is no better or worse than previous ones. I think it’s better. In fact, I think it’s actually quite stylish in an industrial-chic kind of way.

Let me digress for a moment…

One way to do this is to sign up for architectural tours of new buildings. I did this recently with a new residential tower in East London, and as well as taking us onto the roof terrace, they also showed us a few of the apartments. One of them featured the original, unfinished concrete walls – as well as internal steel beams.

I’m not a fan, personally. But some people love the industrial look, and the apartments were priced at a significant premium over the fully-finished ones without the beams.

I think what Apple has gone for here is a kind of sleeker version of this aesthetic. Rather than hide away the cameras beneath a smooth glass surface, the company has chosen to make them a feature.

Given the choice, I still really want an updated SE: compact, slab sides, flush-mounted cameras. But if I can’t have that, I must say that this design works for me.

Oh, a couple of trivia points on the rear of the iPhone 11 Pro, the first spotted by designer and Carrot co-founder Arun Venkatesan: the way the Apple logo is applied.

The most obvious difference with the iPhone 11 Pro is that the back now sports a matte finish. I suspect this finish is achieved using chemical etching (it could also be done using bead blasting). The camera bump, however, is left with the natural glossy finish of the glass.

When we look at the logo, we see that it too has a glossy finish. Apple has simplified the way it applies its logo to the iPhone 11 Pro. Just like the camera bump is masked off when applying the matte finish, so is the Apple logo. The resulting effect is very subtle. The Apple logo still shines and stands out from the colored back. Simultaneously, it’s better integrated with the rest of the device.

And he’s right: it is a very cool effect.

My colleague Benjamin Mayo also noted that, while Apple is still legally obliged to include CE markings on the back of European models, it has done this in an uber-subtle way.

The CE text is still there on EU phones, but it is so faint now — at least on Space Gray. You can barely see it. The logos aren’t distractingly shiny like on the X/XS. pic.twitter.com/RbBvYP7Je8

Of course, my earlier comment still applies. My iPhone has gone straight into a leather case, so the contrast between polished glass and matte glass is already lost, the logo is hidden and I’m not going to spend any time looking at the camera. But if you were concerned about the camera module look, and haven’t yet seen the iPhone 11 Pro in the glass, you may be pleasantly surprised.

But never mind the look of the cameras – what about the performance? Here’s a quick comparison of the three lenses.

You wouldn’t generally use the ultra-wide for a shot like this, as it just makes everything look miles away. The standard lens – designed to reflect what the eye sees – is what I use when I want to show lots of sky, while the telephoto is my choice when I want to focus on the light on the buildings.

I’m at the theatre this evening, so won’t get the chance to test the low-light capabilities in the blue hour, but will take a few actual night shots on the way home, and post a follow-up piece on the camera early next week.