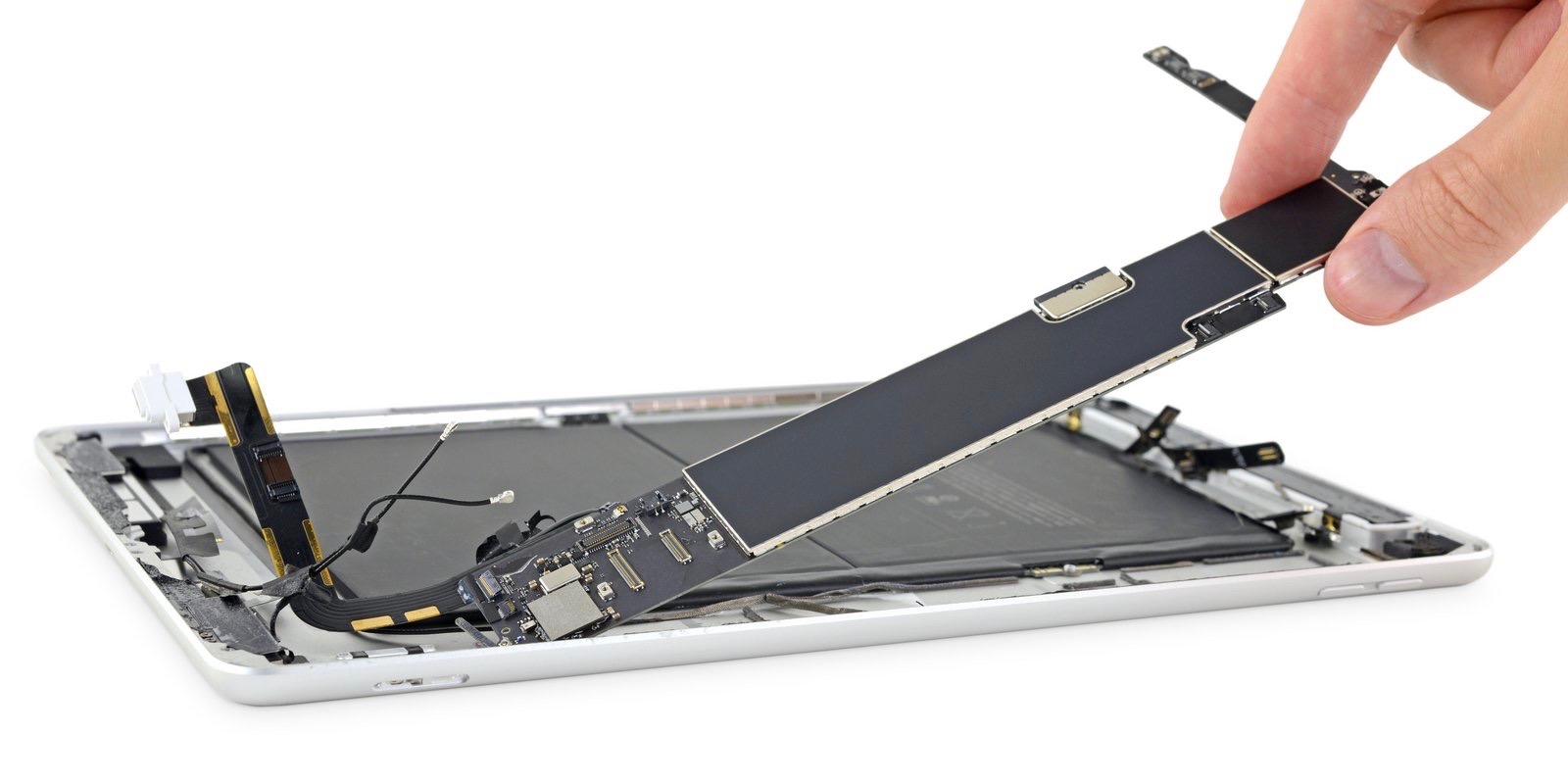 To round out things after tearing down the iPhone 11 Pro, iPhone 11, and Apple Watch Series 5 this week, iFixit has dissected the 7th-gen 10.2-inch iPad. Included in its findings are increased RAM, a new layout for the magnets, the Smart Connector, details on the battery size, and more.

One of the first things iFixit noticed in the teardown with the help of an x-ray from Creative Electron, was that the magnets along the bottom edge are arranged differently in the 10.2-inch iPad.

Perhaps this is to better accommodate the Smart Keyboard?

Speaking of the Smart Keyboard, the Smart Connector that allows functionality with Apple’s keyboard solution isn’t hidden under the battery with the 7th-gen iPad.

Along with the A10 Fusion chip in the latest iPad, iFixit highlights that it also features 3GB of RAM, a nice 1GB boost from the 6th-gen iPad.

Another nice find, for repairs anyway, was that the glass screen is separate from the display.

Fortunately, much like last time, the glass separates cleanly, leaving the display behind—a surprise to be sure, but a welcome one.

As for battery, interesting enough, Apple hasn’t increased the capacity even with the larger footprint of the 10.2-inch design. iFixit notes Apple achievement of squeezing more battery life out of the 7th-gen iPad since the same size battery as last year’s iPad powers a larger screen and is rated for the same 10 hours of use.

The battery is labeled A1484 and rated for 32.9 Wh—the exact same battery as last year and the year before, despite the extra space in this year’s larger case. After the massive iPhone battery upgrade we just saw, we were primed for a little more here.

Check out the full 10.2-inch iPad teardown over at iFixit.

The new 10.2-inch iPad is available starting at $329. While shipping times are out a few weeks, you may find stock at your local Apple Store. Availability will start soon and retailers like Amazon, Best Buy, Verizon, AT&T, and more.