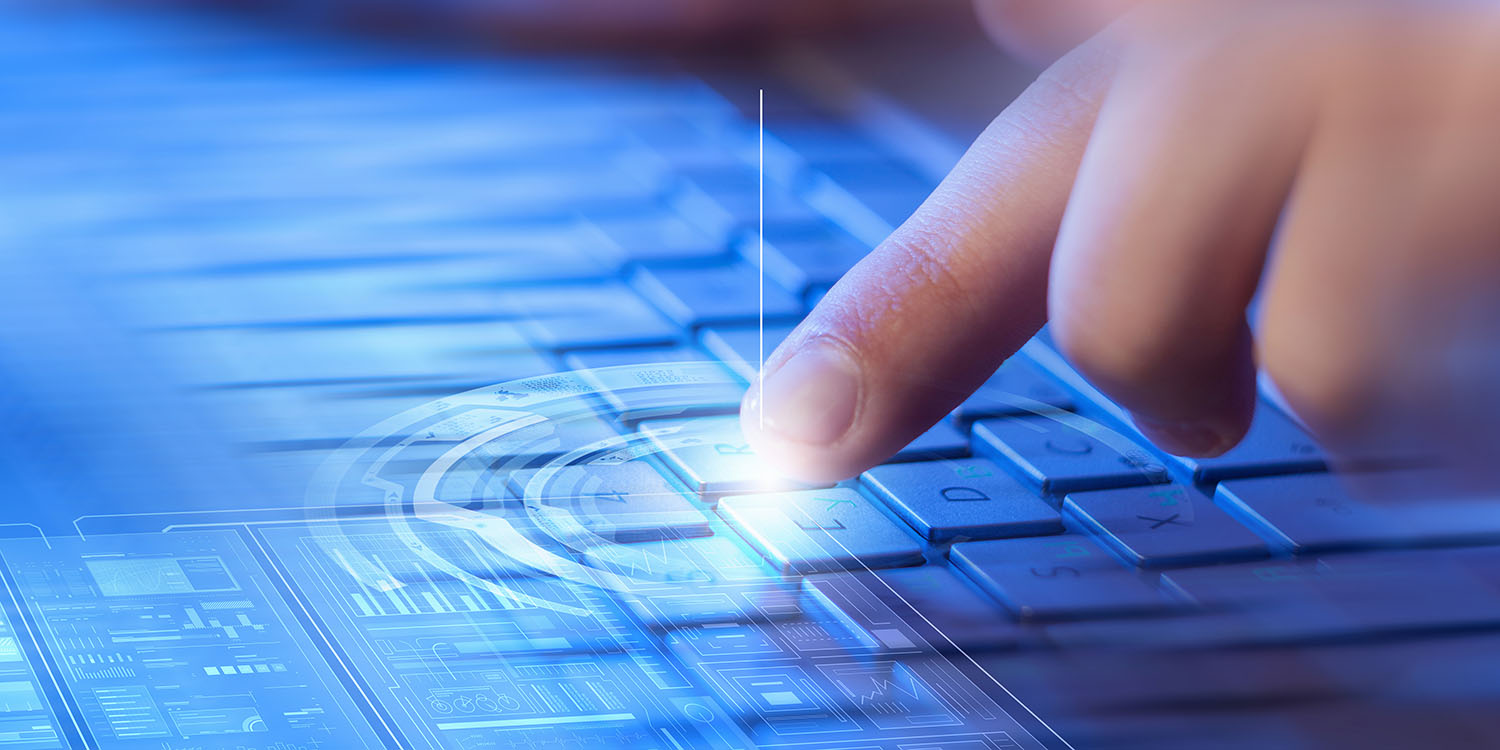 A new Apple patent application, published today, describes what appears to be Apple’s end-goal with MacBooks: a screen-based keyboard with a realistic look and feel that still allows touch typing.

Apple has been gradually moving away from physical keys and buttons over the years. We saw the mechanical Home button on the iPhone replaced with a solid-state one, a haptic motor simulating the feel of a click before that was itself replaced by a swipe on the screen.

Apple has also begun that process with MacBooks…

The first step was replacing the mechanical trackpad on the MacBook Pro with a Force Touch version which used haptic motors to simulate clicks. That happened in 2015.

A year later, the 2016 MacBook Pro replaced physical function keys with the Touch Bar, and it has been suggested that Apple’s move to flatter keyboards with less travel is all part of the process of preparing us for a screen-based keyboard future.

When it comes to simulating the simple click of a button, haptic motors are already very effective. Indeed, most owners of the iPhone 7 and 2015 MacBook Pro models and later were completely oblivious to the change.

But creating a workable screen-based keyboard is a whole new level. For touch-typists in particular, people need to be able to physically feel the keys. Not just their edges, but where the centers are. A basic flat keyboard with haptic motors to simulate a keypress doesn’t get anywhere close to that.

Apple has been working on more sophisticated screen-based keyboard tech for some time. A patent early last year, for example, described one approach: a flexible screen that could physically depress when typing, coupled to an electrostatic charge to simulate the feeling of the edge of a key.

Today’s patent application goes further, replacing a deformable screen with entirely simulated motion. The patent language is even denser than usual, but it appears to be describing using a mix of haptic motors and electrostatic charge to not only provide a realistic simulation of key edges and travel but even centering the fingers on the keys.

A vibration actuator may be configured to provide haptic feedback when an input is received via a virtual keyboard presented on a touch display. Feedback for such components may enhance user experience as this may simulate physical responses users have come to expect from traditionally three-dimensional and mechanical apparatuses that have been more contemporaneously implemented using non-traditional mechanisms, such as flat surfaces that do not use moving parts.

Some electronic devices may provide feedback or other output using electrostatics. Electrostatics may use an electrical field to attract and/or repel conductive objects, such as a user’s finger. Changing the normal force between a surface and a conductive object directly affects the friction between the two, and the resulting forces may be perceived as texture when the object moves […]

In other words, our fingers would still be able to find the center of these virtual keys because the electrostatic charge would make it feel like the keys had a concave shape.

Couple this to high-quality 3D graphics, and you could potentially have a screen-based keyboard that both looks and feels like a mechanical one. Especially if the look of the keys changes depending on viewing angle, ambient light and so on using an environmental anisotropic approach.

The illustrations used in the patent show an iPad-like device, suggesting that Apple might introduce the technology there before the more radical step of a screen-based keyboard on MacBooks. It’s worth noting, however, that Apple often uses generic images to illustrate a principle, and these may tell us nothing about the intended application.

We also need to add our usual patent disclaimer: Apple patents all kinds of things that never make it into products. But this does seem to be the direction in which the company is moving, so personally, I’d say this is a case of when rather than if.