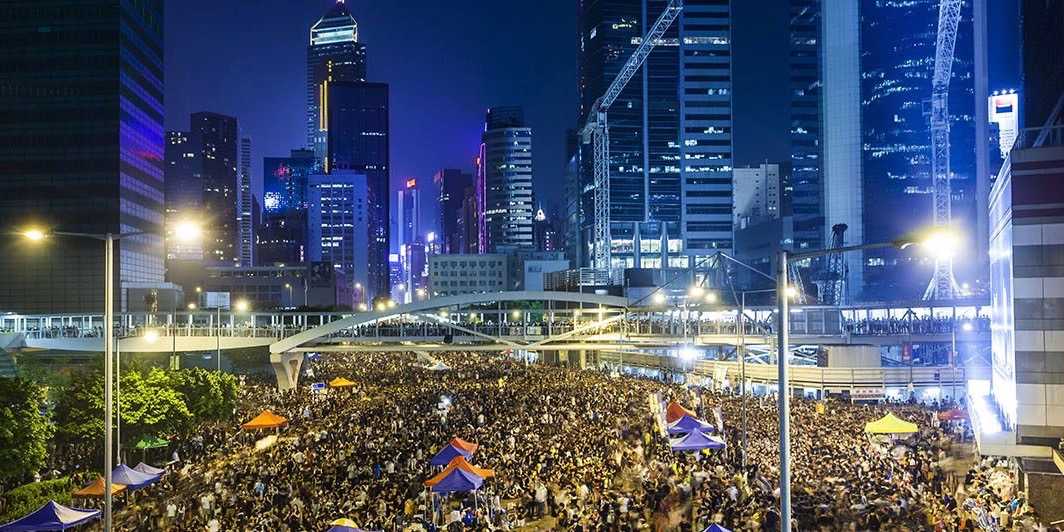 Apple has made a second U-turn on a Hong Kong protest app. The company initially banned it from the App Store, then changed its mind and allowed it, and has now reversed course again, banning it once more.

We yesterday reported that Apple has also removed the Quartz news app, which has been reporting extensively on the protests. Quartz says Apple took this action at the request of the government.

As we’ve noted, the Hong Kong protest app could be used in two rather different ways.

Apple originally rejected the app on the former grounds.

Your app contains content — or facilitates, enables, and encourages an activity — that is not legal… Specifically, the app allowed users to evade law enforcement.

However, the developer argued that it was both legal and in line with official police policy, which is to issue warnings when a gathering is declared unlawful, before taking any other action. Since that action has so far included the routine use of tear gas and “non-lethal” bullets, as well as live rounds, the safety argument seems a strong one.

Chinese state media yesterday aggressively criticized Apple’s decision to allow the app into its store, and made threats about unspecified “consequences.”

‘Apple’s approval for the app obviously helps rioters,’ the article said. ‘Does this mean Apple intended to be an accomplice to the rioters?’

The article then cautioned that: ‘The map app is just the tip of the iceberg,’ alleging a song supporting Hong Kong independence had also appeared on its music store.

‘Nobody wants to drag Apple into the lingering unrest in Hong Kong. But people have reason to assume that Apple is mixing business with politics, and even illegal acts,’ it said.

‘Apple has to think about the consequences of its unwise and reckless decision.’

The New York Times reports that Apple has removed the app from the App Store at the request of law enforcement.

Apple said it was withdrawing the app, called HKmap.live, from its App Store just days after approving it because authorities in Hong Kong said protesters were using it to attack police in the semiautonomous city […]

In a statement on Wednesday, Apple said, ‘The app displays police locations and we have verified with the Hong Kong Cybersecurity and Technology Crime Bureau that the app has been used to target and ambush police, threaten public safety, and criminals have used it to victimize residents in areas where they know there is no law enforcement. This app violates our guidelines and local laws.’

Many are criticizing Apple for giving in to pressure from China, John Gruber among them.

I still haven’t seen which local laws it violates, other than the unwritten law of pissing off Beijing.

One series of tweets put the safety argument well.

As one small example: The night before last, Hong Kong police fired tear gas on a busy road where cars were going full speed, including on an elevated highway. That’s an extremely dangerous situation for a driver, who can be incapacitated. People need to know where the police are.

Tear gas in Hong Kong used to be unheard of. Now I’ve seen HK cops fire tear gas because they were taunted and someone got them good with a zinger. The use of this substance has become absolutely routine, and it can be deployed without warning in densely populated neighborhoods.

A point that needs reiterating is that the app doesn’t contravene any Hong Kong law that I am aware of. This app helps answer questions like, ‘Will I get shot with a bean bag round if I come out of this MTR station, because the police raised a colored flag I can’t see?’