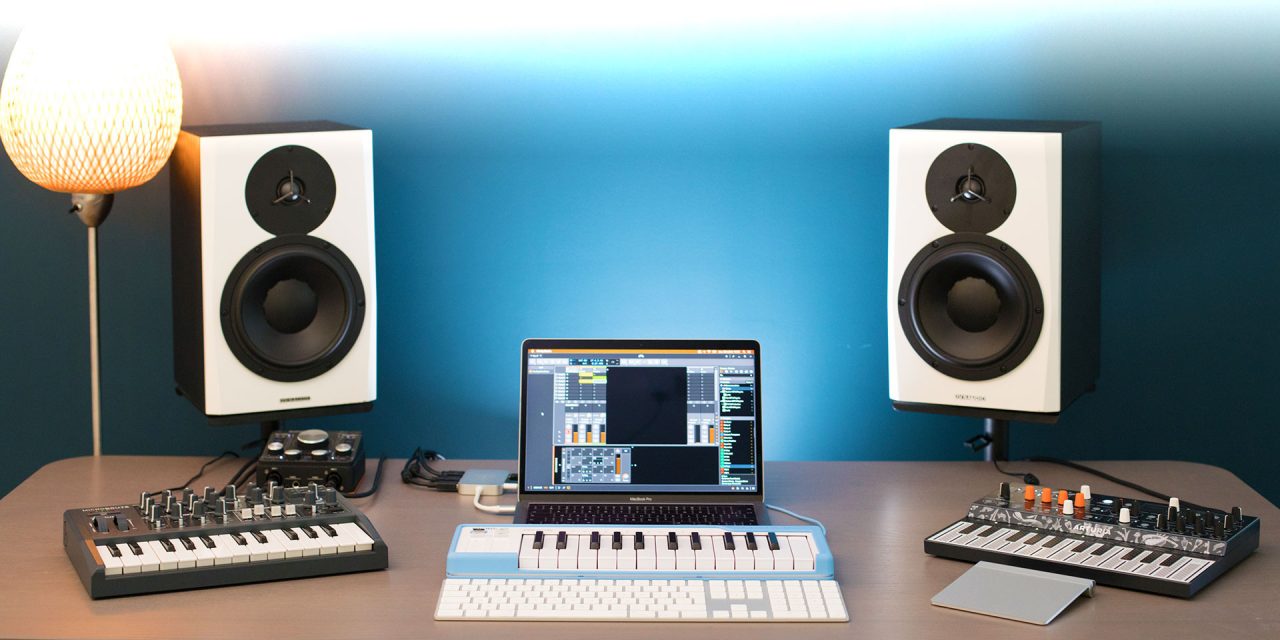 Today we are looking at the best MIDI keyboards for Mac in 2019. After detailing our favorites a couple years back, it’s now time to reassess the MIDI keyboard situation for Mac users. While some of the mainstays are making another appearance this year, there have also been a series of new releases across 2019 from Native Instruments, Arturia, IK Multimedia, and more. Head below for a detailed look at the best keyboards on the market and information to help you decide which option will suit your needs best.

Best MIDI Keyboards for Mac in 2019

There are several key points that usually arise when it comes to deciding which Mac MIDI keyboard is the one to get. Full size or mini keys, pitch wheels or sliders, weighted or synth-action, iOS-integration out-of-the-box, and included software all come to mind. These days, most of the best manufacturers offer a wide range of options that land across all price ranges, largely differentiated by the factors above, additional performance controls, and physical build quality.

While anything more than basic DAW integration with Logic Pro X will cost a pretty penny, we have curated a series of the best options for Apple’s in-house production suite that will also accommodate an ever-evolving musical workflow with other apps — in some cases across both desktop and mobile environments. Today’s roundup is mainly focused on Mac setups, but you will find options that will take you from the home studio to the beach, and beyond as well.

Down below you’ll find the best MIDI keyboards for Mac 2019 edition. Several of the major players in the space have updated their lineups this year while some mainstays remain atop the heap for another year running. 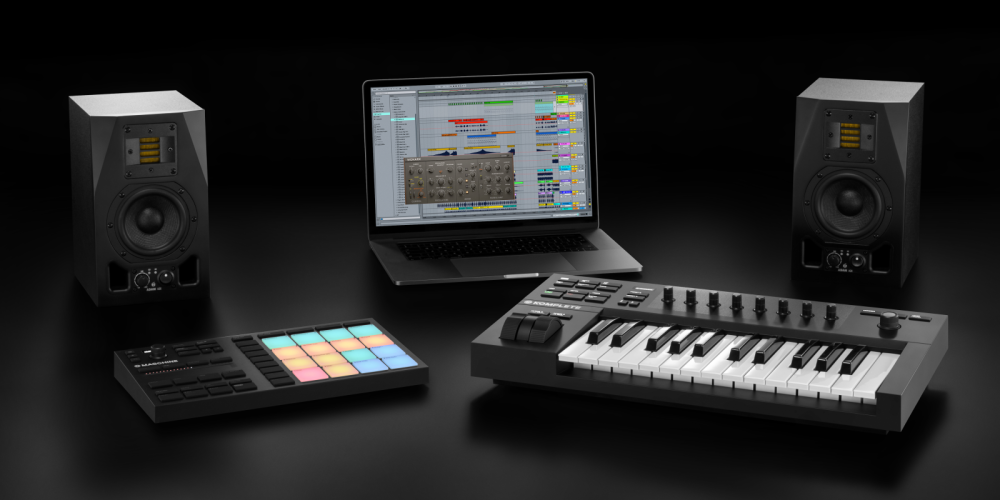 Native Instruments has updated its lineup of MIDI keyboards for Mac this year including several of its most affordable yet. The big highlight of its hardware offerings is the software/virtual instruments they provide access to. NI’s virtual instrument collection/infrastructure is extensive to say the least, and all of its MIDI keyboard offerings include a glimpse into this world. While the included software with the new, more affordable options is really just a bonus, it really jacks the price up on the more fully-featured models. While just something to keep in mind when it comes to making your decision here, the added software is a big part of the value when it comes NI controllers.

Ranging from miniature portable options, up to the flagship Komplete Kontrol S88 at $1,000, each of the NI keyboards provide a varying range of software access and physical control over said software. Having been hands-on with a few of the models across the product line, there’s an option in here for any price requirement. In terms of overall build quality, it also ranges across the product line accordingly. They are slightly less robust feeling by comparison to say the Akai options below, but not by much, and are generally on par or better than just about everything we’ve had our hands-on otherwise.

While they might not be the latest models in today’s option, Akai’s MPK-series still remains among the best MIDI keyboards for Mac in 2019. They integrate nicely with Logic Pro X while still working great with other software and production environments. Built-like a tank and ready to take a beating if needs be, I still have my ancient first generation MPK up and running with a Logic Pro X system right now. The software inclusions here aren’t nearly as compelling by comparison to the NI offerings for me, but they are still the best workhorse MIDI keyboards on the market in my opinion.

The latest generation sports semi-weighted, velocity sensitive full size keys, a series of MPC-style pads, as well as a series of assignable controls (that vary slightly depending on the model/size). While the on-board drum pads have never felt quite as good as some of the standalone Akai beat making machines, they are perfectly serviceable in my opinion. The MPK keys feel a little more robust than playable. Slightly more stiff than a typical synth-action keyboard, but the trade-off for me personally is a good one. Controllers from Native Instruments, Arturia or even IK Multimedia tend to have lighter, or a smoother action to them in my hands while feeling slightly less hefty overall. But as I tend to find myself playing rhythm parts and more aggressive passages across both the keys and pads, the tougher, heavier-feel just seems to work best. 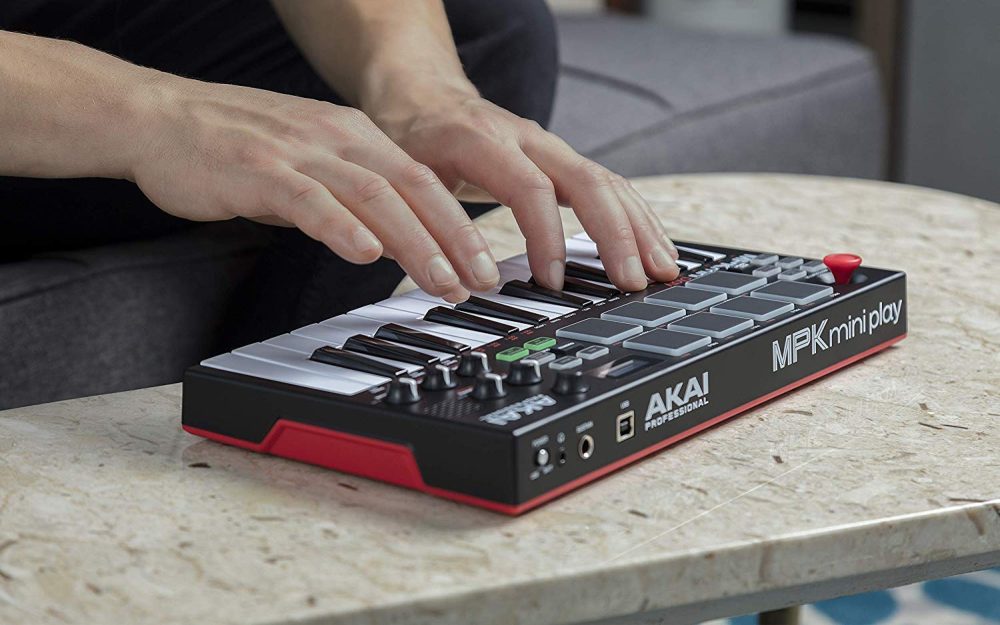 However Akai also makes an MPK mini series if you’re looking for something a little bit more compact and with a more synth-action key feel. Naturally starting in a much more affordable price range, there are two options from $120 or so: Akai Professional MPK Mini MKII and the MPK Mini Play standalone controller. Both are excellent options in the $100+ portable category and eligible for the “Ultimate Production Starter Pack including content from Splice, Loopcloud and Serato Studio,” if registered before December 31st, 2019.

Arturia made our previous list with its KeyStep and KeyLab MIDI controllers, but the company also now added new options to both ends of the lineup. The new 88-key MkII version of the KeyLab family hit as well as the extremely affordable mini Arturia Microlab at under $80. And this is where the Arturia MIDI keyboards for Mac really shine for us. The mid range options are great and will more than suffice all of your needs, but by comparison to others they just don’t seem to carry as much value — whether it’s the included software or my personal preference for Akai’s drum pad-equipped options — the budget-friendly models seem to be where it’s at for Arturia. It’s mini Microlab keyboard is easily one of our top picks for the best backpack-sized controller out there right now. However, with a smoother keyboard by comparison to Akai’s options and a series of slick white colorways, the entire lineup is worth a ≈. 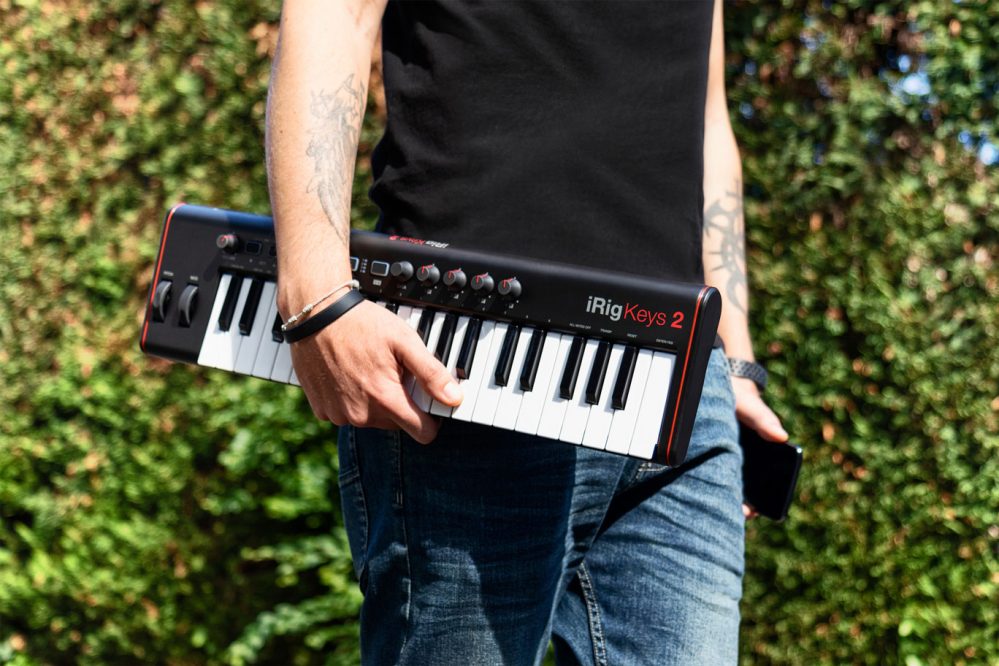 IK Multimedia might not be the first name you think of when it comes to music production. But after going hands-on with several IK products over the years, I can easily say it mostly punches above its weight class. The affordable gear can be an excellent choice for starter rigs or as your extra, on-the-road controller with options for less than that last reverb plug-in you bought. Several of its models are making our best MIDI keyboards for Mac 2019 list for these reasons.

The bells and whistles are at a minimum for the most part here, but the iRig Keys 2 line was just released (full hands-on review coming shortly), re-introducing familiar pitch and modulation wheels in a subtle matte black design. Another notable feature spanning most of the IK solutions is out-of-the-box iOS integration alongside your usual Mac and PC connections. Most well-known brands still require that camera connector kit to work with your iOS gear, but IK includes the cables in the box.

The iRig Key I/O lineup also remains a notable option here with integrated audio interfaces. This unique solution certainly isn’t for everyone. But if you find yourself in need of an integrated MIDI and audio setup, especially for portable situations (controlling virtual synths and recording microphones/guitars), the I/O models below pack-in a ton of value and negate your need to carry (or buy) another audio interface. 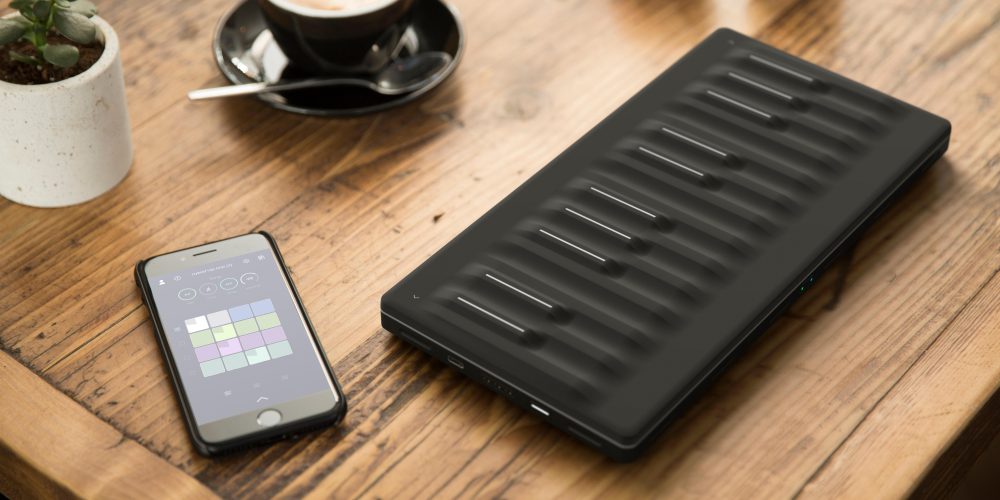 More of the Best MIDI Keyboards for Mac 2019

While we will be detailing our favorite wireless, iOS-centric and MPE models next time, you’ll find a few sneak peaks below along with even more of the best MIDI keyboards for Mac in 2019.