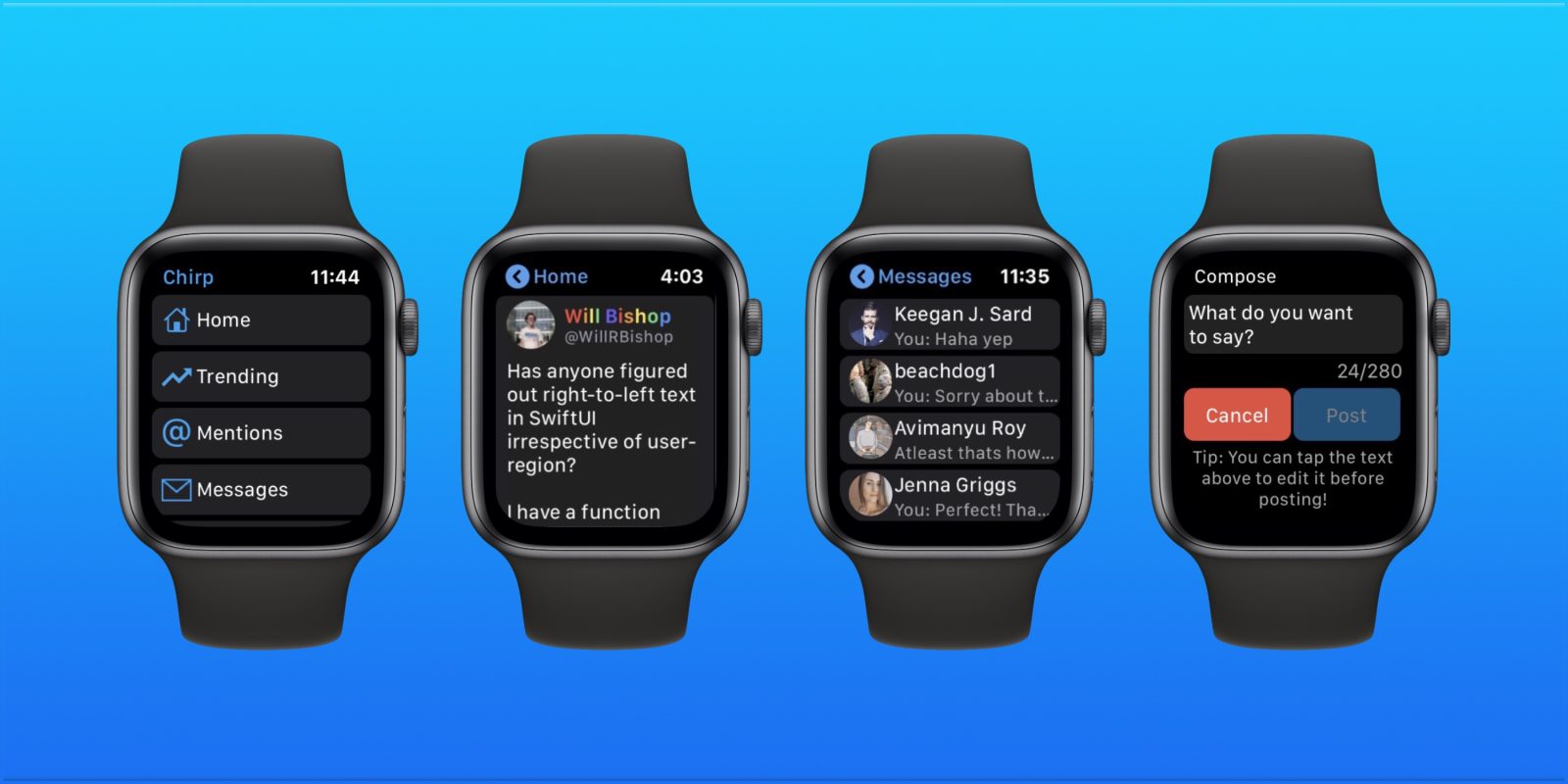 Chirp for Twitter has received a major 2.0 update today that brings a host of great features and changes to the Apple Watch app. Headlining the update is a totally rewritten timeline for watchOS 6 with infinite scrolling that offers a major speed boost, the ability to send DMs directly from profiles, improved video player, username colors, and much more.

Chirp for Twitter 2.0 is available now as a free download with in-app purchases available to support developer Will Bishop and unlock the pro tier.

Chirp first debuted last year with the goal of bringing full Twitter support to Apple Watch and we think it delivers on that as we’ve seen great updates make the app even better over time.

Today’s major 2.0 release brings a much faster experience, infinite timeline scrolling, username colors, images in DMs, the option to DM right from profiles, and much more for Apple Watch.

9to5Mac lead editor Zac Hall has been testing the new version of Chirp and considers it “the best example of experiences developers can create on the Apple Watch — even if companies behind services like Twitter aren’t interested.”

Zac was also able to dive more into the making of Chirp and Will Bishop’s other apps in an episode of the 9to5Mac Watch Time podcast this fall.

If you don’t have it already, Chirp is definitely worth picking up.

Hey everyone! I don’t use the ‘2.0’ version number lightly, and I’m so glad I waited this long to use it! Here is a list of all of the new features you can find in Chirp 2.0! Please note, some features below required watchOS 6.

New languages! I’m so happy to say that Chirp is now available in:

It also wouldn’t be an update without some bug fixes!

Thank you all for your continued support! Don’t forget you can always contact me via email or Twitter to let me know what you want to see in the next update!

Ps. Chirp now collects some strictly anonymous user data. I use this data to better prioritise my development time to ensure the features you use most are reliable. You can easily opt out of this in Chirp Settings on your Apple Watch.