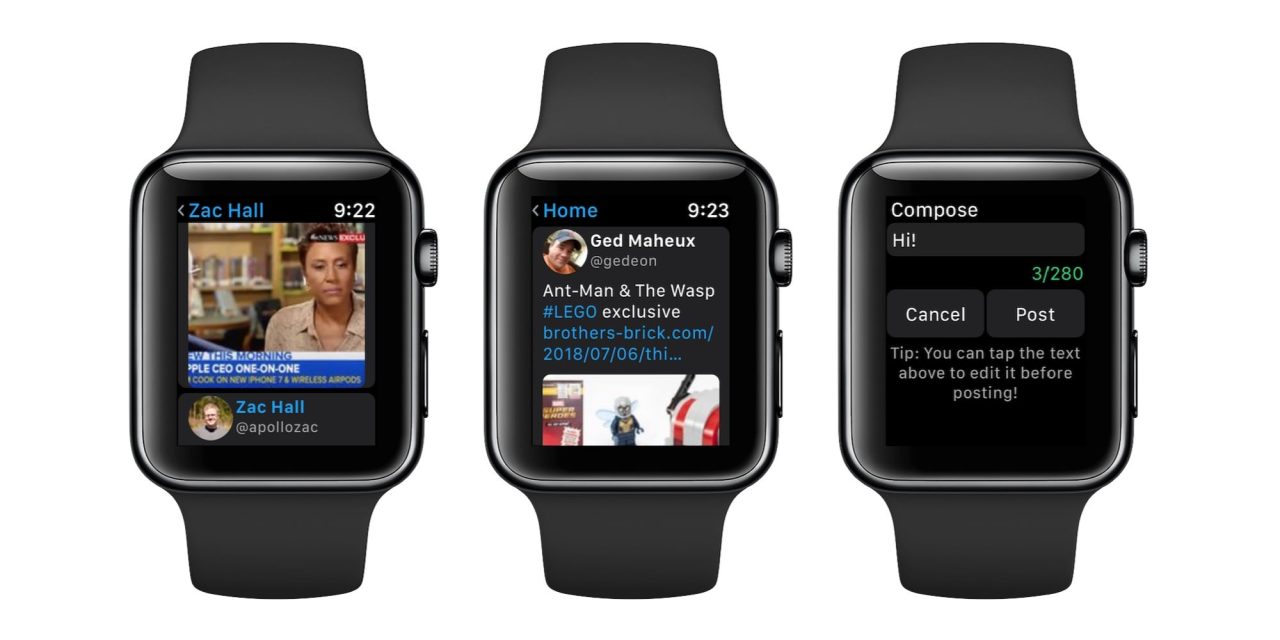 In the wake of Twitter killing off its already abandoned watchOS app, Chirp has risen and quickly become the best Apple Watch Twitter app in terms of features. The latest version of Chirp continues to expand how you can use Twitter on the watch.

Chirp for Twitter 1.1.1 includes improvements to how media is handled in a few ways including both GIF and video playback from tweets on the Apple Watch. You can also view albums and zoom into images (especially useful on the small display!) from tweets.

Other changes include more customization options for the main screen and your timeline, and DMs now treat emoji more like Messages by giving them more oomph in size.

Check out the full changelog for Chirp 1.1.1. below:

Fixed: Much greater chance of finding replies (from a potential 15 to 100). Fixed bug where tweeting from the main menu would fail. Fixed missing “____ Retweeted” label. Fixed bug where “Chirp Pro” could be forgotten. Chirp Pro buttons were cut off on the iPhone SE. Timestamp wouldn’t show in tweet viewer. Fixed bug where searching for a hashtag would fail.

Changed: In DMs, emoji-only messages now have no background and are bigger, similar to iMessage. Pull-to-refresh now no longer hides the current content you’re viewing.

Chirp for Apple Watch is a free app from the App Store. You can unlock more features with Chirp Pro from $1.99 — highly recommended.