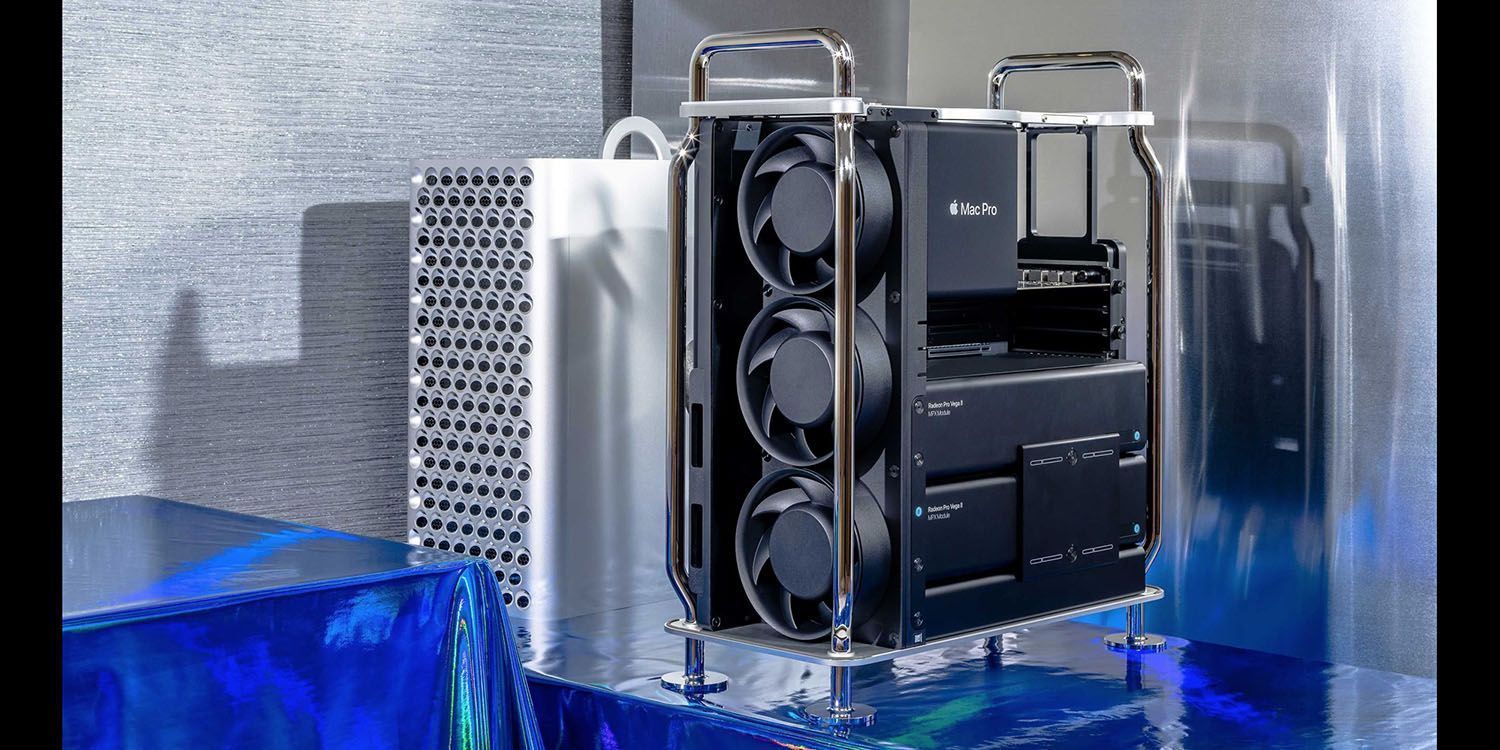 Apple likes to boast about how much thought it put into the little things, and that includes the new Mac Pro fans.

The funky-looking lattice grille that gives the new Mac Pro its distinctive look got a lot of attention when the machine was first unveiled back in June. More air than metal, the grille plays a key role in both passive cooling and allowing efficient extraction of air pulled through by the fans, but plenty of work went into designing the fans themselves…

Popular Mechanics spoke to two of the engineering leads about the design of the fans. The big challenge was how to remove a lot of heat from a powerful machine while meeting Apple’s goal of extremely unobtrusive fan noise. The secret, said the engineers, is in making the noise pleasant rather than necessarily quieter.

Among those engineers is Chris Ligtenberg, Senior Director of Product Design. His name is on dozens of the company’s patents, but he’s especially interested in how air moves. (He’s also a pilot. “I fly a Beechcraft Turbo Bonanza, B36TC,” he says. Before that, he had a Piper straight-tail Lance, PA32R-300).

Ligtenberg’s group built the Pro’s fan system—three axial fans in the front, with a blower in the back. Since most off-the-shelf fans would be too loud, Apple designs them internally.

“Years ago, we started redistributing the blades ,” he says. “They’re still dynamically balanced, but they’re actually randomized in terms of their BPF [blade pass frequency]. So you don’t get huge harmonics that tend to be super annoying.”

Noise is a major factor in the design of modern machinery. In this case: “That [solution is] borrowed almost entirely from automobile tires,” Ligtenberg says. “There’s a bit of math behind it, but you can create broadband noise instead of total noise with that technique.”

Something loud but pleasantly pitched can be more tolerable than something quiet but irritating. “You can have something at a certain SPL [sound pressure level] that sounds really good, but you can have something that’s actually at a lower SPL that grates on your nerves and sounds really awful,” says John Ternus, VP of Hardware Engineering at Apple and head of the Pro and Pro Display’s development. “We want to get really great performance where, you either can’t hear it, or if you can hear it, it’s kind of a pleasant noise. A ton of analysis goes into figuring out how to optimize for that.”

Apple did manage to reduce the Mac Pro fan volume too by omitting the filtration systems often fitted to powerful PCs.

“We don’t have a need for that,” Ternus says. “We create geometries that can deal with a certain amount of material getting on them,” Ligtenberg says. “And we go through testing to issue the lifespan of the system.”

The Mac Pro and companion Pro Display XDR went on sale earlier this week, maxing out at over fifty grand. We’ve seen a few early benchmarks and first impressions, along with details of how to upgrade the machines, including the RAM.