Comment: My favorite books of the decade on Apple Books 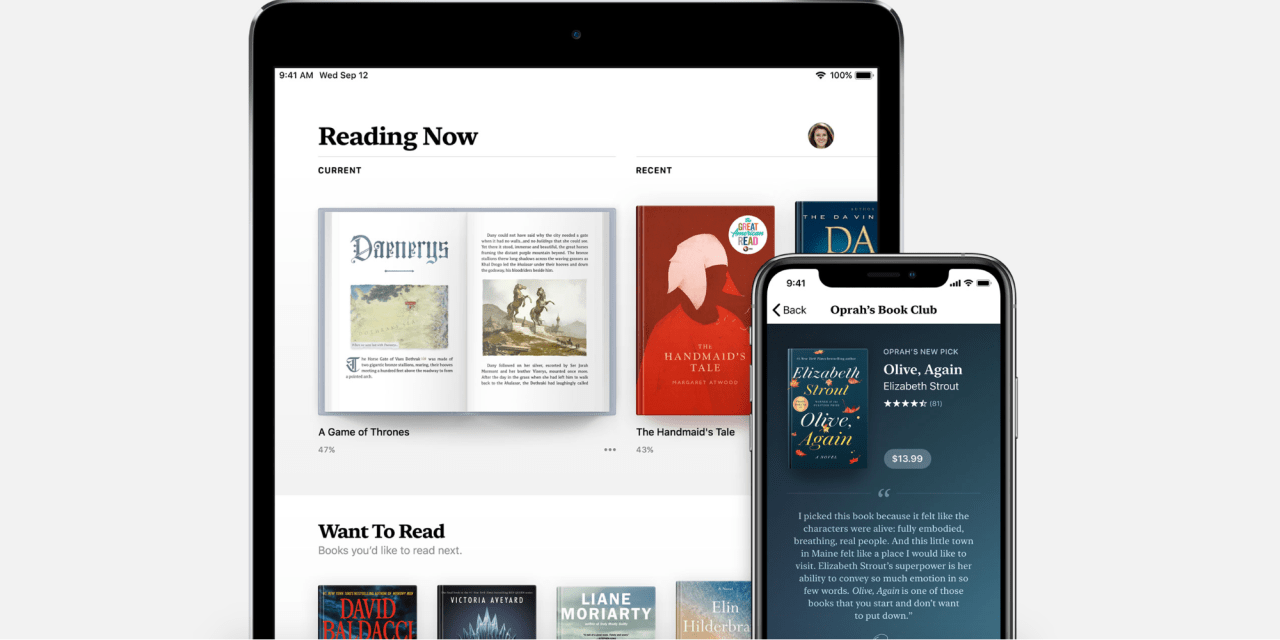 On Sunday, I published a list of my favorite podcasts of the decade. Podcasts are a huge part of my entertainment “diet,” but another one that has become just as big is reading. In 2019, I read 69 books. In a noisy world, reading has become my go-to activity to quiet my brain. For my last post of the decade, I wanted to give you my favorite books of the year. Whether you read on Apple Books, Kindle, Audible, or even paperback, I think you’ll enjoy these books.

The Martian has become a yearly re-read for me. It started as a book being published by blog, but then the author packaged it up as a Kindle book, and it took off. It was even made into a movie a few years back.

Six days ago, astronaut Mark Watney became one of the first people to walk on Mars. Now, he’s sure he’ll be the first person to die there. After a dust storm nearly kills him and forces his crew to evacuate while thinking him dead, Mark finds himself stranded and completely alone with no way to even signal Earth that he’s alive—and also if he could get word out, his supplies would be gone long before a rescue could arrive. Chances are, though, he won’t have time to starve to death. The damaged machinery, unforgiving environment, or plain-old “human error” are much more likely to kill him first. But Mark isn’t ready to give up yet. Drawing on his ingenuity, his engineering skills—and a relentless, dogged refusal to quit—he steadfastly confronts one seemingly insurmountable obstacle after the next. Will his resourcefulness be enough to overcome the impossible odds against him? 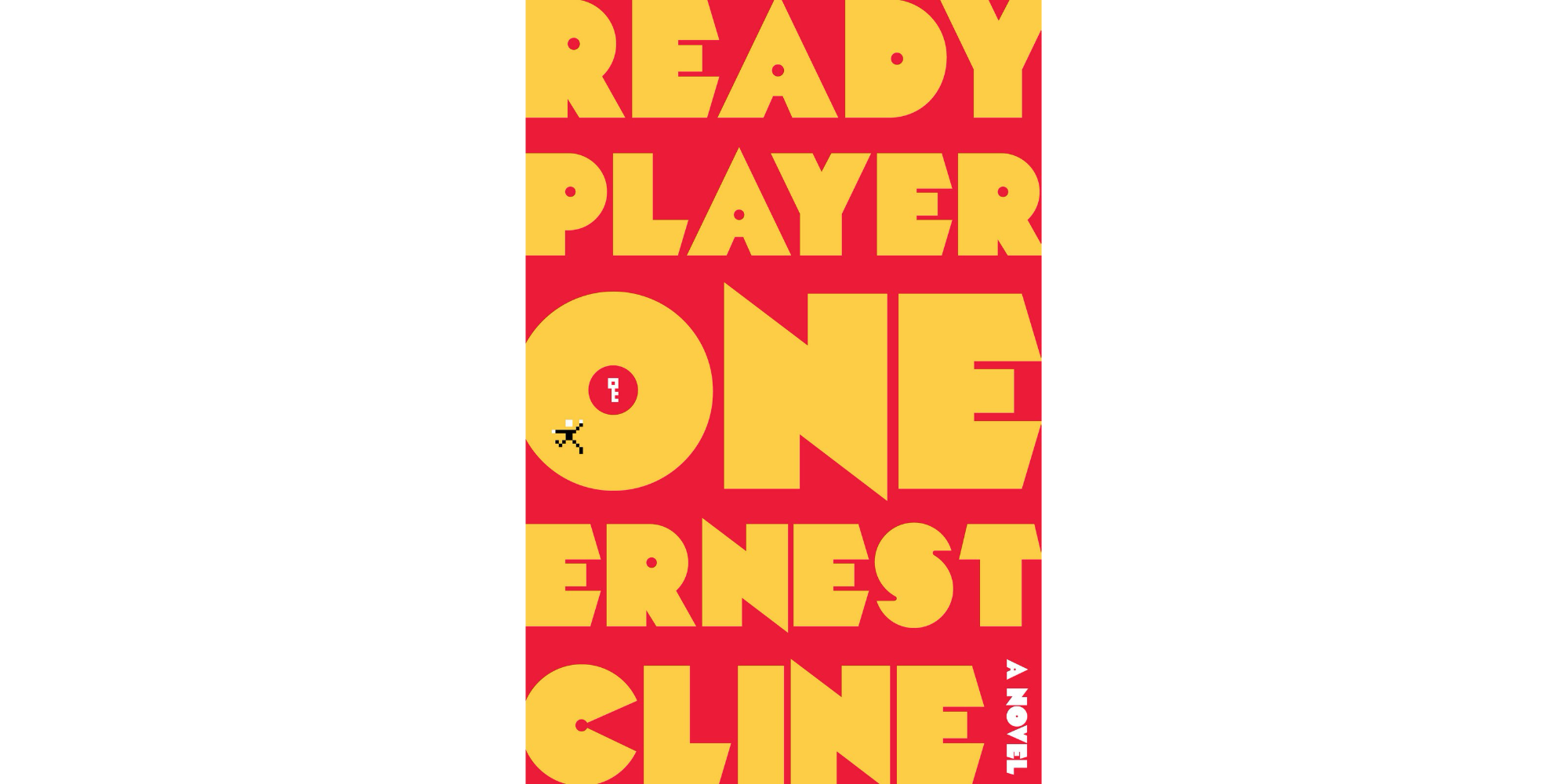 Ready Player One came out in 2011, but I didn’t read it until 2016. It was one of the first books I read part of it, and I also listened to it while cutting the grass. It also was made into a movie, but the book is much better. It’s a book those that grew up playing video games will love.

It’s the year 2044, and the real world is an ugly place. Like most of humanity, Wade Watts escapes his grim surroundings by spending his waking hours jacked into the OASIS, a sprawling virtual utopia that lets you be anything you want to be, a place where you can live and play and fall in love on any of 10,000 planets. And like most of humanity, Wade dreams of being the one to discover the ultimate lottery ticket that lies concealed within this virtual world. For somewhere inside this giant networked playground, OASIS creator James Halliday has hidden a series of fiendish puzzles that will yield massive fortune – and remarkable power – to whoever can unlock them. For years, millions have struggled fruitlessly to attain this prize, knowing only that Halliday’s riddles are based in the pop culture he loved – that of the late 20th century. And for years, millions have found in this quest another means of escape, retreating into happy, obsessive study of Halliday’s icons. Like many of his contemporaries, Wade is as comfortable debating the finer points of John Hughes’s oeuvre, playing Pac-Man, or reciting Devo lyrics as he is scrounging power to run his OASIS rig. And then Wade stumbles upon the first puzzle. Suddenly the whole world is watching, and thousands of competitors join the hunt – among them certain powerful players who are willing to commit very real murder to beat Wade to this prize. Now the only way for Wade to survive and preserve everything he knows is to win. But to do so, he may have to leave behind his oh-so-perfect virtual existence and face up to life – and love – in the real world he’s always been so desperate to escape.

Becoming Steve Jobs: The Evolution of a Reckless Upstart into a Visionary Leader 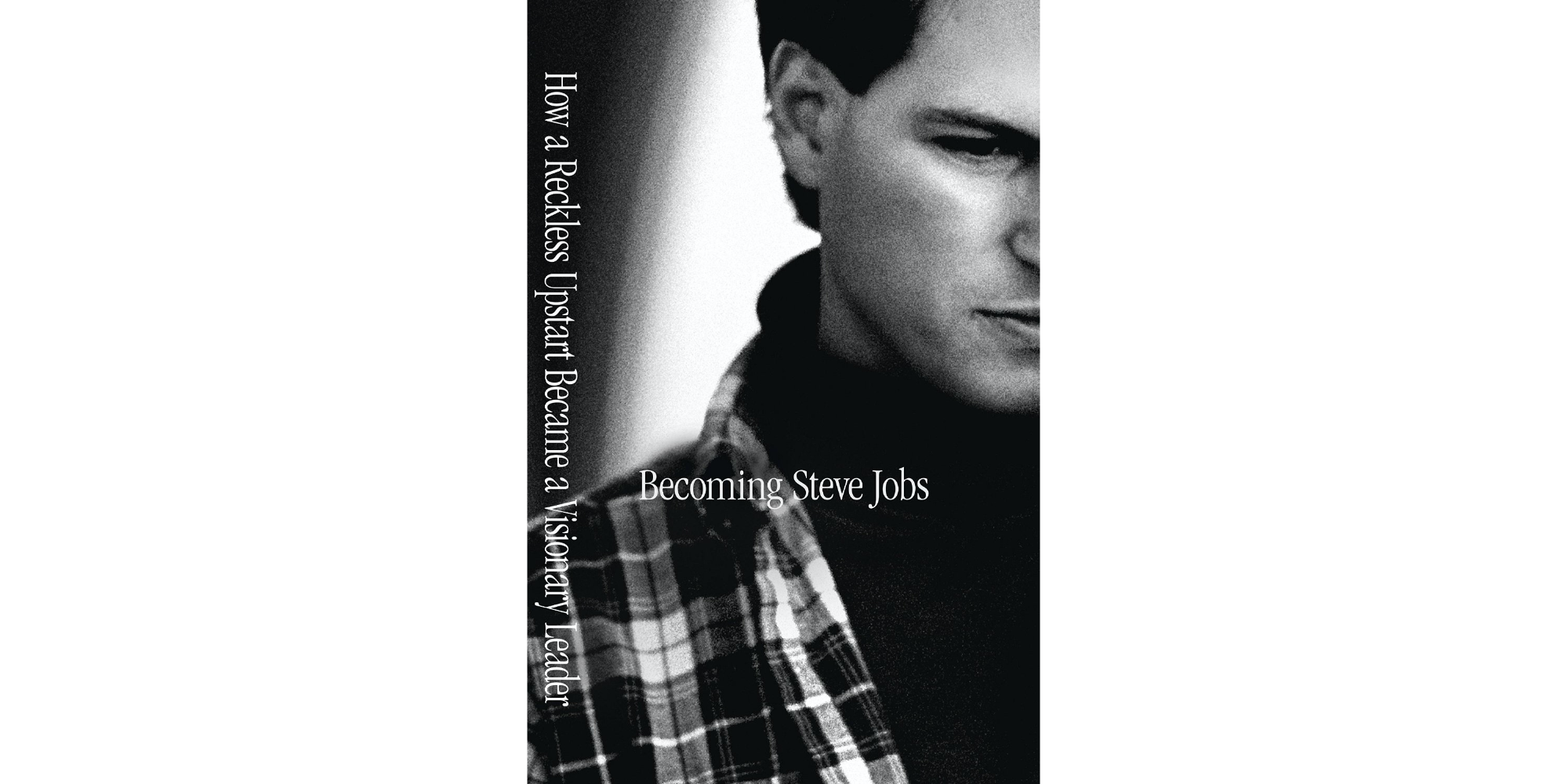 Steve Jobs dying affected me more than I would have ever imagined. While the “official” biography left much to be desired for Apple fans, in 2016, Apple fans got the book they deserved. Becoming Steve Jobs: The Evolution of a Reckless Upstart into a Visionary Leader seemed to come out of nowhere with its 2015 announcement. Apple even participated in the book from a sense of responsibility to Steve. In my opinion, it’s the best book ever written about Steve Jobs.

Becoming Steve Jobs takes on and breaks down the existing myth and stereotypes about Steve Jobs. The conventional, one-dimensional view of Jobs is that he was half genius, half jerk from youth, an irascible and selfish leader who slighted friends and family alike. Becoming Steve Jobs answers the central question about the life and career of the Apple cofounder and CEO: How did a young man so reckless and arrogant that he was exiled from the company he founded become the most effective visionary business leader of our time, ultimately transforming the daily lives of billions of people?

Drawing on incredible and sometimes exclusive access, Schlender and Tetzeli tell a different story of a real human being who wrestled with his failings and learned to maximize his strengths over time. Their rich, compelling narrative is filled with stories never told before from the people who knew Jobs best and who decided to open up to the authors, including his family, former inner circle executives, and top people at Apple, Pixar, and Disney. In addition Brent knew Jobs personally for 25 years and drew upon his many interviews with him, on and off the record, in writing the book. He and Rick humanize the man and explain, rather than simply describe, his behavior. Along the way the book provides rich context about the technology revolution we all have lived through and the ways in which Jobs changed our world. 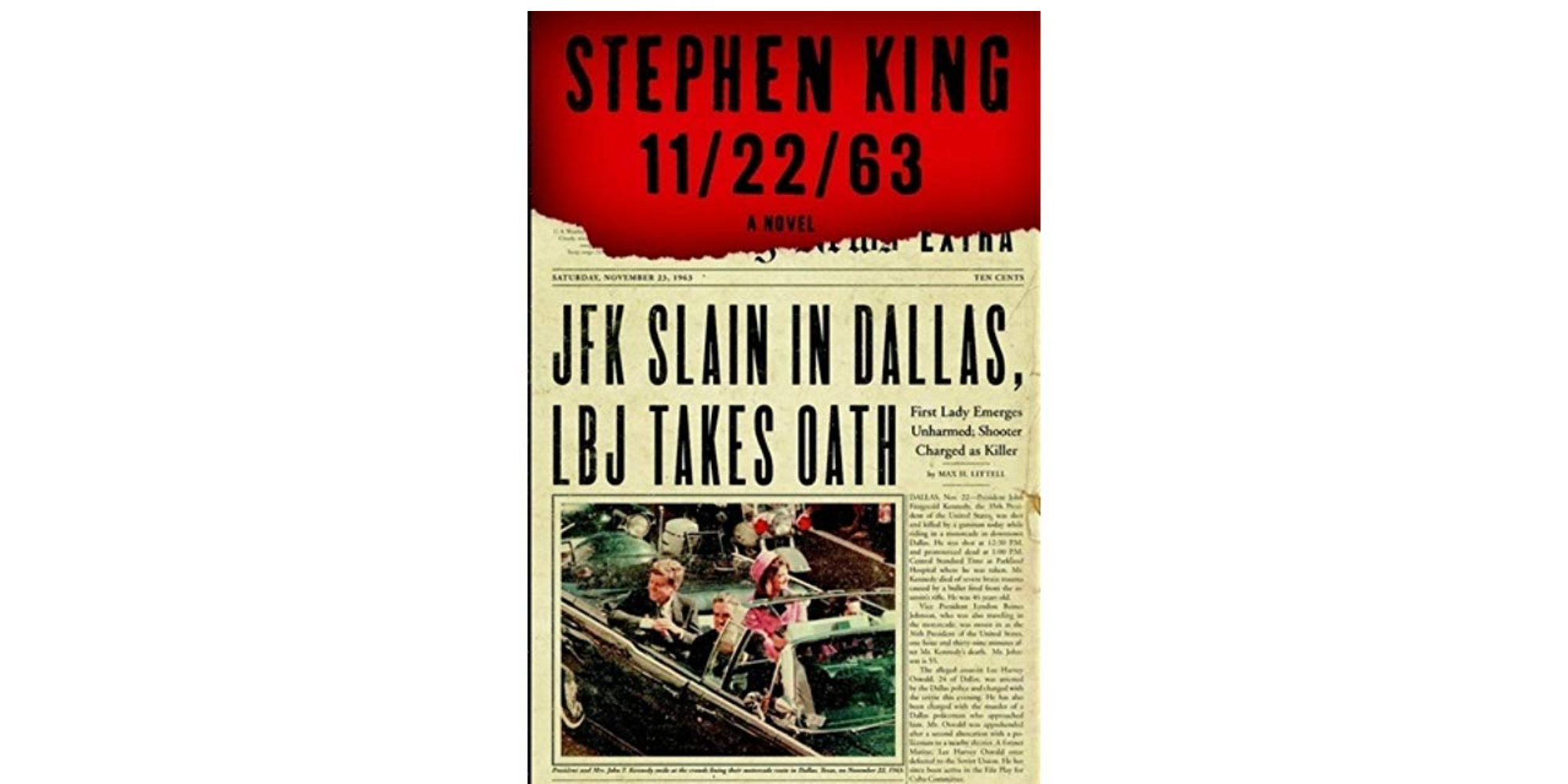 11/22/63 was the first Stephen King book I read. The premise is fascinating. What if you could go back in time to prevent something terrible from happening? That is precisely what Jake Epping has the opportunity to do. He travels back to 1963 to prevent the assassination of JFK. It was even turned into a mini-series on Hulu.

On November 22, 1963, three shots rang out in Dallas, President Kennedy died, and the world changed. What if you could change it back? In this brilliantly conceived tour de force, Stephen King – who has absorbed the social, political, and popular culture of his generation more imaginatively and thoroughly than any other writer – takes listeners on an incredible journey into the past and the possibility of altering it.

It begins with Jake Epping, a 35-year-old English teacher in Lisbon Falls, Maine, who makes extra money teaching GED classes. He asks his students to write about an event that changed their lives, and one essay blows him away: a gruesome, harrowing story about the night more than 50 years ago when Harry Dunning’s father came home and killed his mother, his sister, and his brother with a sledgehammer. Reading the essay is a watershed moment for Jake, his life – like Harry’s, like America’s in 1963 – turning on a dime.

Not much later his friend Al, who owns the local diner, divulges a secret: his storeroom is a portal to the past, a particular day in 1958. And Al enlists Jake to take over the mission that has become his obsession – to prevent the Kennedy assassination.

Bad Blood: Secrets and Lies in a Silicon Valley Startup 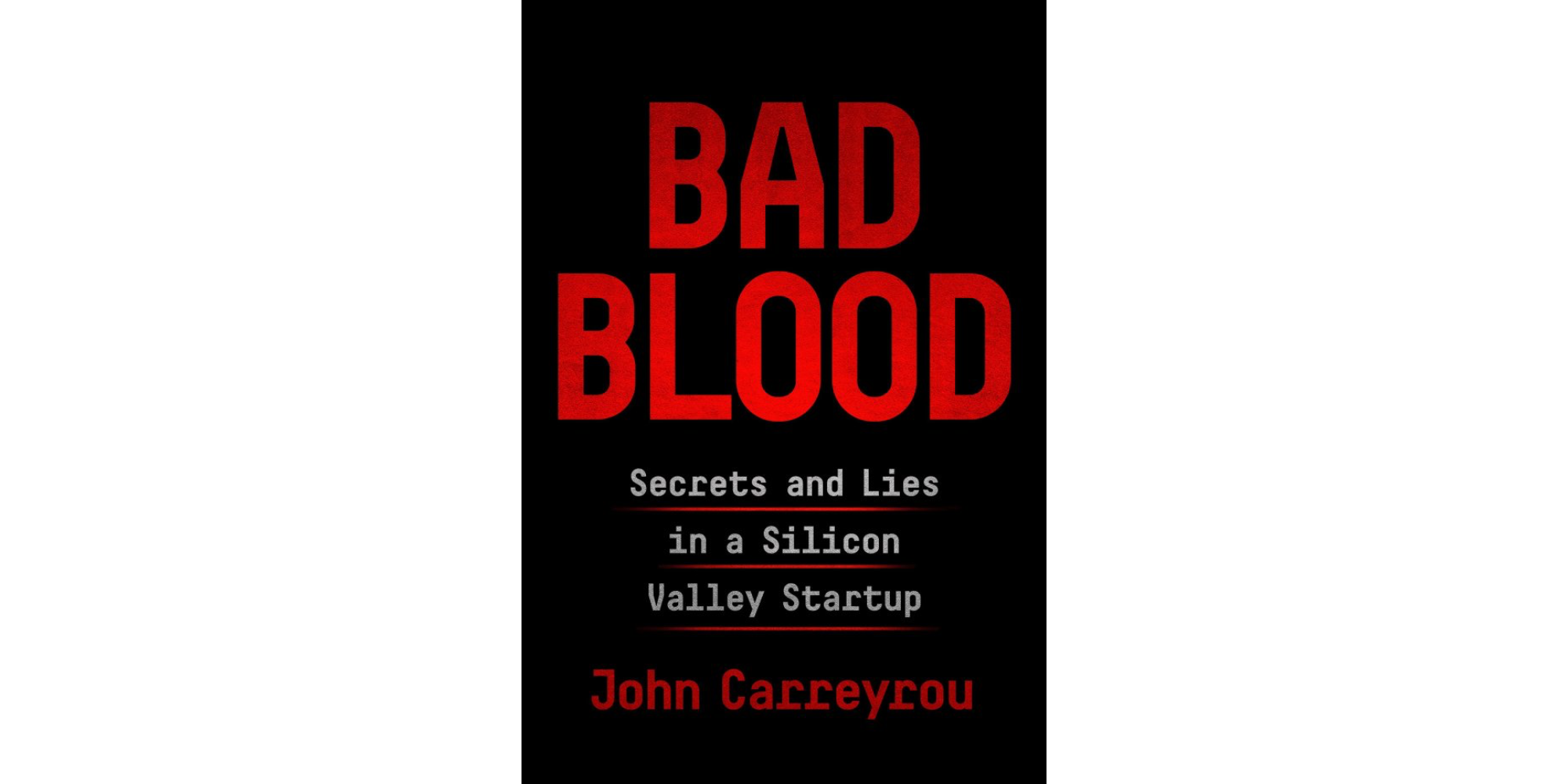 If you only read one book on this list, I will recommend you pickup Bad Blood: Secrets and Lies in a Silicon Valley Startup. It’s at the top of my list of favorite books of the decade on Apple Books. Coming into the book, I hadn’t read much about it, so I was shocked as I learned more about what happened. The rise and fall of Theranos will go down as one of the biggest business frauds of all time.

In 2014, Theranos founder and CEO Elizabeth Holmes was widely seen as the female Steve Jobs: a brilliant Stanford dropout whose start-up “unicorn” promised to revolutionize the medical industry with a machine that would make blood testing significantly faster and easier. Backed by investors such as Larry Ellison and Tim Draper, Theranos sold shares in a fund-raising round that valued the company at more than $9 billion, putting Holmes’ worth at an estimated $4.7 billion. There was just one problem: The technology didn’t work. A riveting story of the biggest corporate fraud since Enron, a tale of ambition and hubris set amid the bold promises of Silicon Valley.

When I started it, I couldn’t put it down and finished it over a weekend. If you’re a little low on cash from Christmas, check out the podcast version called The Dropout.

Wrap-up on favorite books of the decade on Apple Books

A lot of great books have been published this decade. What’s on your list for favorite books of the decade on Apple Books? I’d love to chat about it in the comments. Where do you like to read? Apple Books, Kindle, Audible, or paperback?