A decade of iPads in my life: from ‘movie Kindle’ to indispensable device 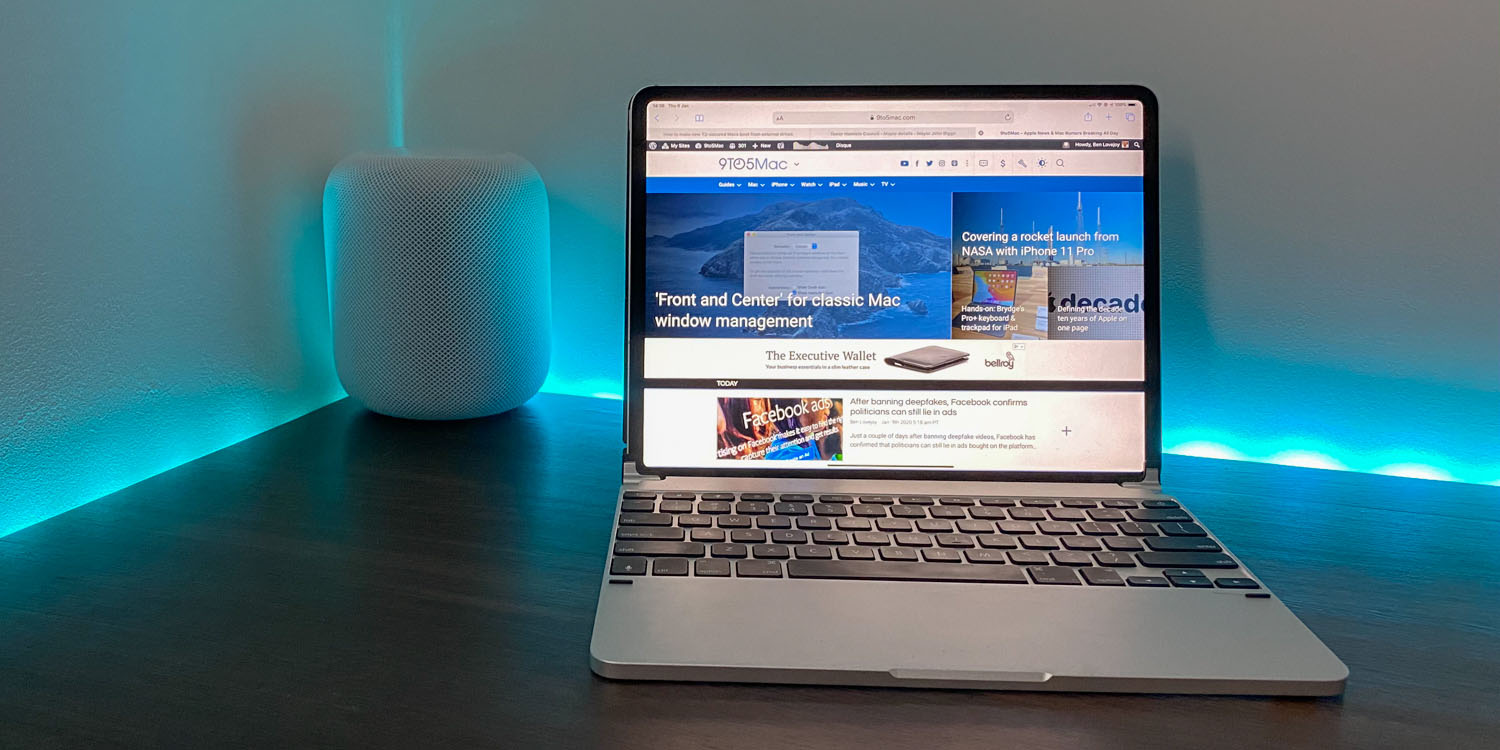 As we approach the 10th anniversary of the iPad, and a decade of iPads in my life, I decided to write what is effectively a Diary piece covering an unusually long period!

Steve Jobs famously said that consumers don’t know what they want until you show it to them, and I recently noted that I’m a case in point where the iPad is concerned …

The Kindle was, at the time the iPad was launched, probably my favorite gadget. I’ve always been a big reader, and especially liked to read while traveling. I could get through several books on a multi-country business trip, and on a holiday would typically read 10 or more books. That was a lot of bulk and weight when they were paperback books, and especially if a new release was only available in hardback.

The Kindle revolutionized travel reading, letting me take hundreds of books with me with virtually no bulk or weight. As I had the 3G version, I could even download more books while away if needed. It offered the same advantage when just out and about in London, and it wasn’t long before it took over from paperback books as my preferred way to read.

After a time, I thought it would be nice to have the movie equivalent of the Kindle: a slim and light device that I could use to watch movies and TV shows on the move. The iPad seemed tailor-made for this, so I bit the bullet and bought one, not expecting to use it for much else.

I originally bought the Wi-Fi-only model for that reason. My thinking was that I’d load up a bunch of content before a trip to watch while I was away. Streaming video wasn’t a huge thing back then, and certainly streaming on 3G would have been painful.

Of course, once I had it, carrying two tablets around seemed like overkill, so the iPad also replaced my actual Kindle.

It took a couple weeks to realize I had underestimated the usefulness of the device: The iPad was much more than just a way to watch movies, it was also a really great mobile internet device.

The larger screen made it much more pleasant to use than a phone, so when the 2nd-gen model came out, I sold the old one and bought the 3G one.

I’d never been a fan of the iPhone’s soft keyboard. My previous smartphones all had hardware keyboards, and I missed them. But the size of the iPad soft keyboard made it a much more practical tool for writing, so I found myself increasingly using my iPad to deal with email whenever I had a few minutes to spare.

Something crazy happens every November. In National Novel-Writing Month (NaNoWriMo), a bunch of certifiable people throughout the world try to write 50,000 words of a novel. One year, I decided to join them.

Part of the craziness is a phenomenon known as write-ins. One of the challenges of writing a novel is finding, or rather making, the time. By the time you’ve finished your work for the day, the idea of devoting another couple of hours to writing isn’t necessarily as appealing as it was when you first signed up. So the idea is that NaNoWriMo participants get together in coffee shops to… ignore each other. Picture 20-40 people in a coffee shop, each head down in their laptops, each furiously typing away; that’s a write-in.

One of the great benefits of working on a novel every single day is that your head is never not in the story. So consequently, even if you find yourself on a metro train for a few stops, or in a company’s reception area for a few minutes while waiting to be collected, that becomes useful writing time. You can literally bang out a few paragraphs any time you sit still for a few minutes.

This was when my iPad became a full-on writing tool. When you are literally looking to fill every spare minute with writing, the short time it takes a MacBook to wake from sleep becomes annoying. Plus, constantly waking and sleeping it throughout the day burned through battery life. The instant-on, instant-off nature of the iPad, coupled to a true 10-hour battery life, made it the perfect NaNoWriMo novel-writing tool.

It’s not often that a single accessory completely transforms an Apple device, but that was absolutely the case with the Brydge keyboard.

I first used one in 2015 with my iPad Air 2, and it’s been an essential accessory for every iPad model I’ve owned ever since.

The other factor here was Literature and Latte finally creating an iPad version of Scrivener. Coupled to the iPad version of Final Draft, that meant that the iPad became a completely practical tool for my fiction writing. At that point, my MacBook Air became largely redundant as a mobile writing tool. 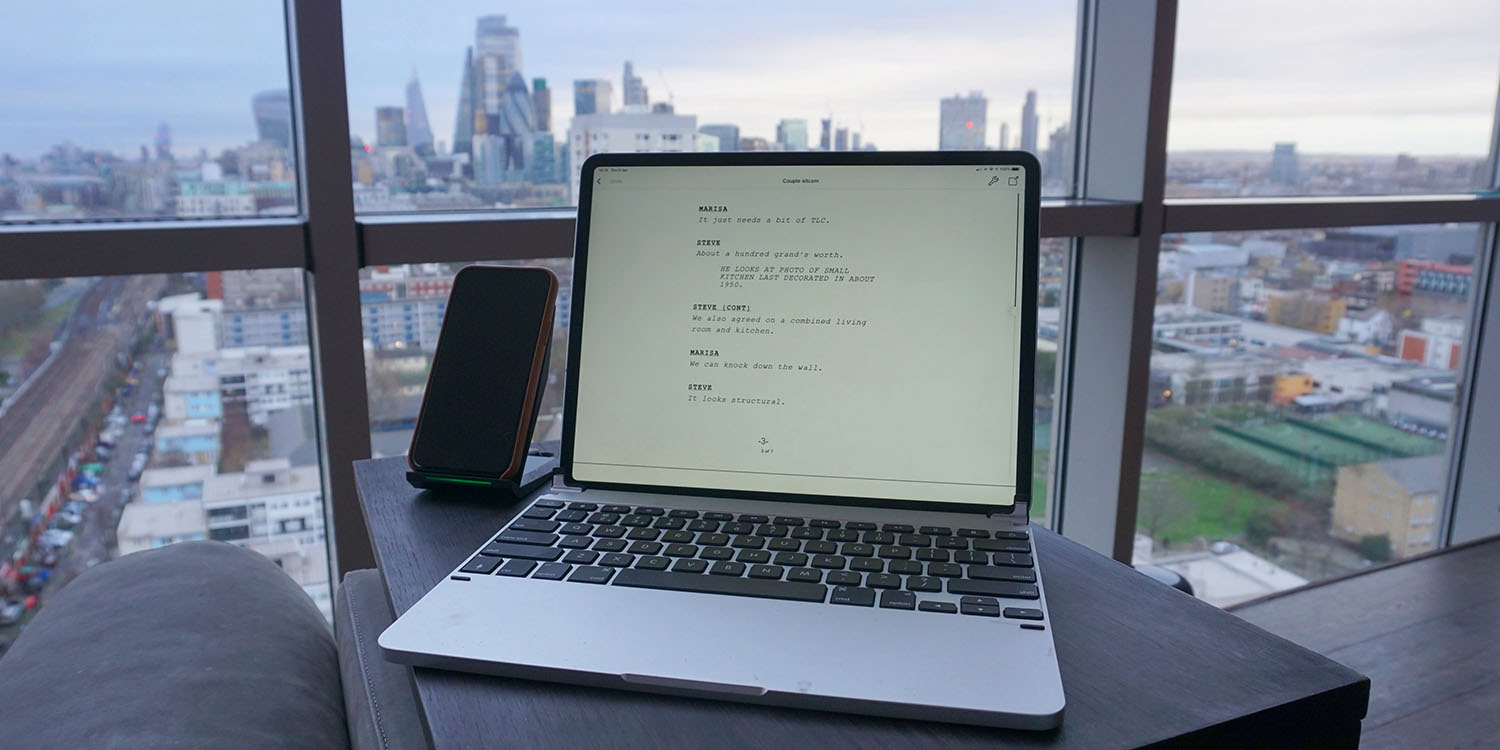 When I tried the first-generation 12.9-inch iPad Pro, I adored the screen size but found it too great a sacrifice on the portability front. Ultimately, I decided it wasn’t the device for me.

The third-generation device, however, was totally different. It combined that gorgeous huge screen with a form factor that offered completely acceptable portability. I fell in love with it on the first day.

I had to switch to a slightly larger shoulder bag to accommodate it, but it fit comfortably into all my other bags, and despite the increased weight, still felt completely fine as something to carry around casually in case I needed it.

The larger screen size further expanded the way I used it — especially once the new Brydge keyboard was available and iPadOS 13 was finally launched.

Previously, watching a Netflix show at home, I would automatically reach for my MacBook Pro. But the 12.9-inch iPad felt like a large enough screen for solo viewing, and was more convenient. With the keyboard, there were many writing tasks — like posts on my personal blogs — that I’d typically write on the iPad rather than my MBP. On long-haul flights, where it would previously be my MBP I used for everything from blogging to movie viewing, it was now my iPad. And, coming full circle, the ability to enjoy a two-page view of books also made it an even better Kindle substitute.

I could go on, but the bottom line is that while the iPad Pro can’t replace my MacBook Pro, it has replaced a fair chunk of my usage of it. I’d guess that something like 25% of the things I used to do on a MacBook are now done on my iPad.

So that’s a decade of iPads in my life; how about yours? Please share your own stories in the comments. And check out my colleague Benjamin’s amazingly comprehensive Defining the decade piece!