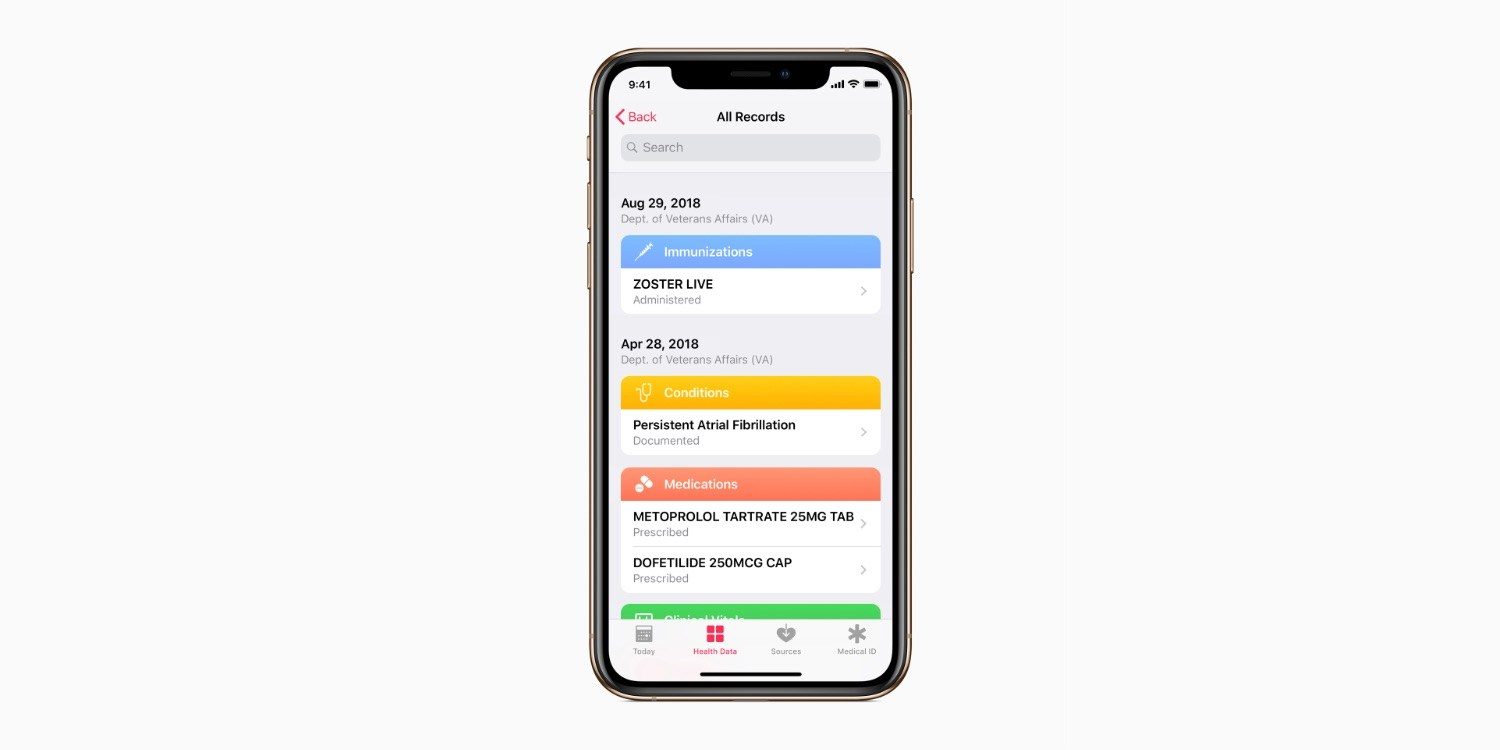 Apple has been a vocal supporter of rule changes that would make it easier for patients to access their medical information and share it with applications. Epic Systems, one of the largest electronic medical records providers in the United States, is urging its customers to oppose the rule changes.

CNBC explains that the rule changes proposed by the Department of Health and Human Services would add new requirements that help “medical information flow more easily between health systems and patients.” Clinical data would also be accessible via required APIs.

Apple is a supporter of these rule changes, and recently met with the nonprofit Carin Alliance to work towards getting the proposed changes implemented. Epic Systems, however, is putting its weight behind opposing the rules.

Epic Systems sells its medical record software to hospitals around the United States, and now 60 of those hospitals have signed a new letter opposing the aforementioned rule changes. The letter was addressed to Department of Health and Human Services Secretary Alex Azar. A spokesperson for the department confirmed that it had received the letter:

“We appreciate all stakeholder feedback as we continue to finalize the rules,” they said. “Our ultimate goal is to ensure that patients are able to easily access their electronic medical records.”

In the letter, the health systems argue that the rule changes focused on “interoperability” will be “overly burdensome on our health system and will endanger patient privacy.”

“While we support HHS’ goal of empowering patients with their health data and reducing costs through the 21st Century Cures Act, we are concerned that ONC’s Proposed Rule on interoperability will be overly burdensome on our health system and will endanger patient privacy. Specifically, the scope of regulated data, the timeline for compliance, and the significant costs and penalties will make it extraordinarily difficult for us to comply.”

Apple clearly has a vested interest in the proposed interoperability rule changes from the Department of Health and Human Services.

In an interview last month, Apple CEO Tim Cook emphasized that the broader adoption of technology in the healthcare industry could “fundamentally” reduce the cost of healthcare. He also teased that Apple’s upcoming health efforts give him “a lot of cause for hope” in the industry.

Apple’s Health Records feature has expanded rapidly over the last year, making it possible for patients to access their medical records via the Health app on iOS. The proposed rule changes would theoretically make it much easier for Apple to work with more health systems and hospitals.

CNBC’s full report has more details on the situation.