Apple patent describes a truly smart home that can configure itself 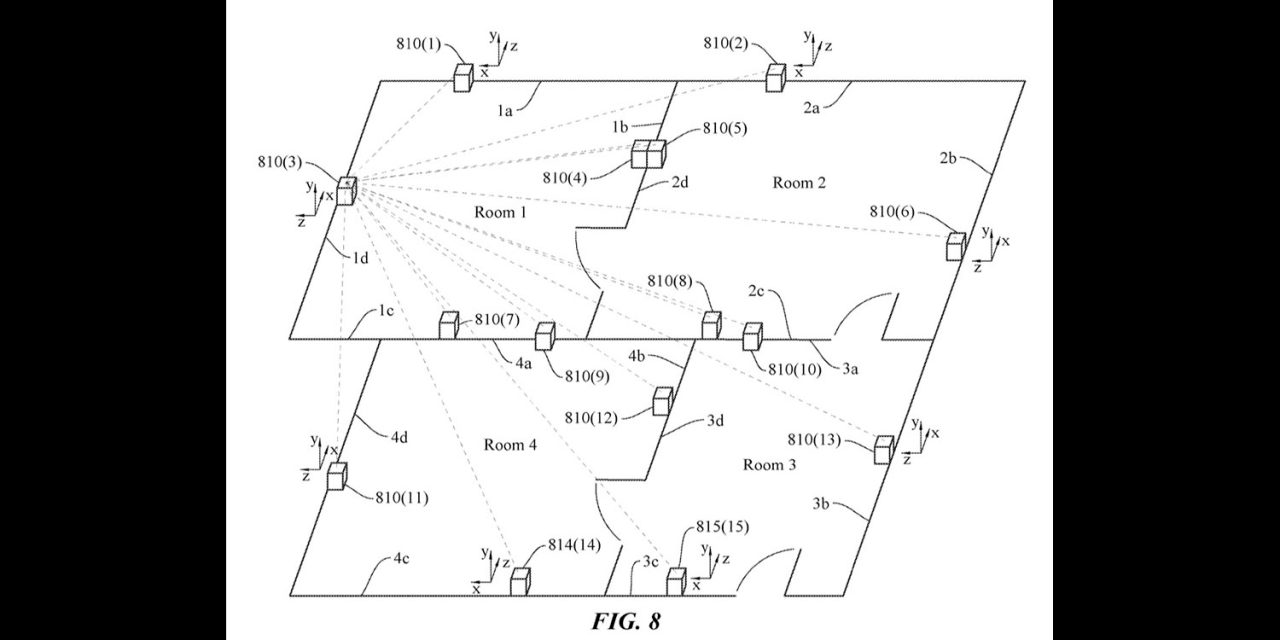 An Apple patent application published today describes how a truly smart home could configure itself.

Anyone who has ever set up new smart home devices will know that, even with HomeKit, it can be a fiddly and sometimes frustrating experience. When you add a physical smart light switch, for example, telling the app which light(s) it controls isn’t the most user-friendly of experiences…

The patent application is a dense one, and has the prosaic title ‘Object tracking and authentication using modular wall units.’ You have to get some way into it before the full potential of what Apple describes becomes apparent.

The background explains the problem it sets out to solve.

Configuring the smart home can present many challenges. For instance, the differentiation of brands and their incompatibilities between each other, differing connection and communication protocols, wiring and connector types, hardware/software configurations, and general system set up can be daunting to the average consumer. Even technology savvy enthusiasts may be challenged by the non-intuitive and often frustratingly laborious process of configuring a fully integrated smart home. Furthermore, smart home networks often need to be reconfigured, sometimes extensively, as old equipment is replaced with new equipment. Despite the many advantages that smart home technology brings to society, there is a need for smart home systems that can allow lay-consumers to more easily customize, scale, and reconfigure their homes in a more effortless and user friendly manner.

The patent talks a lot about ways to automatically detect the presence and location of inanimate objects like sofas, as well as people, and it isn’t immediately apparent why it would need to do this. The reasoning becomes clear later.

The system can then determine and auto-generate a floor plan for the building based on the determined locations, orientations, and distances without any necessary user input or interaction.

Once it knows the floor plan, it can make intelligent guesses about the purpose of each new piece of smart home kit added.

In other words, if you install a smart light switch in the dining room, the system will automatically configure it to control the dining room lights. It would simply ask your permission to do so.

The ‘modular wall panel’ part imagines some standard base units, like power socket or light switch housings, into which you can slot a variety of different hardware units. The hardware device simply slides in and your smart home figures out what it is and what it should do.

It’s an extremely broad and far-reaching patent and would require cooperation from a lot of different parties to turn the idea into reality. But as a vision for how a truly smart home should work, it’s certainly a very appealing and Apple-like one.