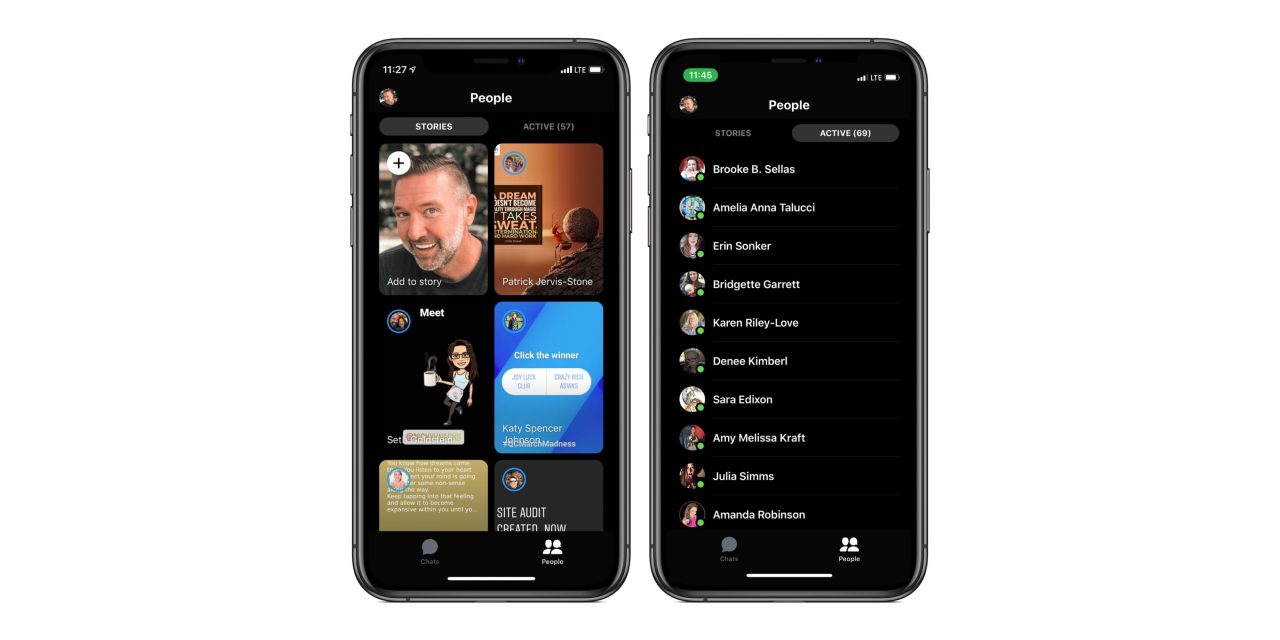 We learned over the weekend that Facebook was ready to roll out its rebuilt Messenger app for iOS with a new design focused on simplicity. Now Facebook has officially launched the new iOS Messenger and says that it’s 2x faster and the app size is 1/4 of the previous version.

We got a look at the new two-tab design of the simplified Messenger for iOS over the weekend. It features just “Chat” and “People” in the bottom bar — no more Discover tab — to make it simpler to navigate the app and find what you need. Now Stories are shown in a larger tile view and are found in a new tab within People.

On the heels of Messenger 4, we started a journey to simplify and redesign Messenger, internally called Project LightSpeed, and now we’ve rebuilt the iOS app from the ground up. Starting today, we are rolling out a faster, smaller and simpler Messenger on iOS over the next few weeks. Messenger will load twice as fast* and will be one-fourth its original size.

Facebook detailed the updated app in a press release today and shared a few more specifics about how it offers a better experience (via The Verge). One interesting aspect, this launch reminds us that Facebook committed to bring its Messenger app to the Mac in 2019 but we still haven’t seen it arrive.

Facebook simplified the code by 85% going from 1.7 million lines of code to just 360,000. The two major benefits aside from the simplified design is the app loading 2x faster and the app being 75% the size of the previous version.

The updated Facebook Messenger for iOS is available now from the App Store with all the changes arriving starting today and rolling out to all users over the coming weeks. To read more on the background of the changes, check out the full press release here.