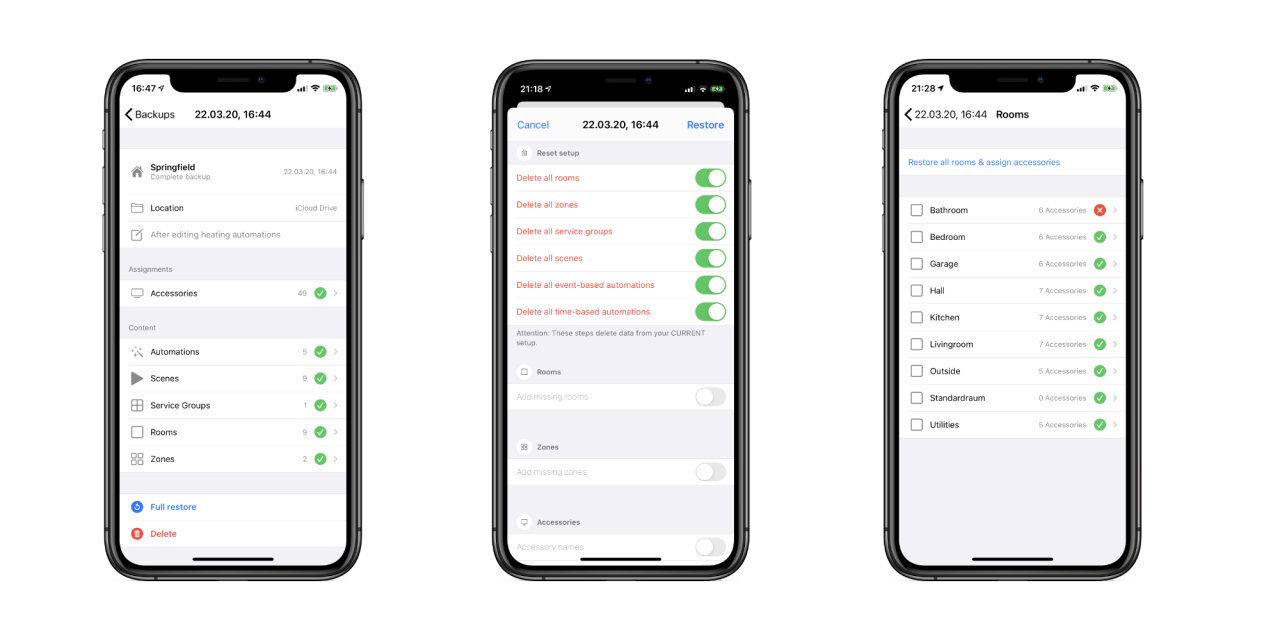 HomeKit instances are becoming ever more important as more and more accessories add HomeKit support. I know that I personally have forty or so devices in my HomeKit environment, so I wish Apple had a proper backup and restore feature. Rebuilding my setup would take at least a half a day. Today, Controller for HomeKit has released version 4.1 on the App Store with some exciting new features.

Despite my belief that it’s the most stable smart home platform, HomeKit is far from perfect. Over the course of the last years, there have been several issues and bugs that could destroy parts of a setup or even require a full reset (especially if you were on the beta branch of iOS).

If you’ve ever run into syncing issues across macOS and iOS, you know how frustrating syncing and reliability issues can be. Thanks to Controller for HomeKit’s rebuilt backup and restore functionality, you can do a reset and restore with a few taps. Your backups can be saved locally to your device or stored in iCloud Drive.

The backup file with HomeKit for Controller saves:

The rebuilt backup and restoration feature now can restore selective parts of HomeKit (automation, scenes, etc). One use case for this feature would be to create ‘seasonal’ settings with your heating and cooling set up so you don’t clutter up your automations. With the new versioning backup system, you can create a ‘Time Machine’ type setup for your HomeKit backups.

The basic version of the app allows you to try out the Backup and Restore feature (to see how you like it), but the backups do delete in ten minutes. To keep your backups permanently, you’ll want to upgrade to the paid version for a one-time in-app purchase of $8.99. I know for me, a backup of my HomeKit setup is crucial.

Controller for HomeKit has a number of either great features like custom scenes that are not possible with the standard HomeKit app. An example of this is building an automation to unlock your door for 30 seconds or turn on your lights at 7:00 AM.

Version 4.1 is available now on the App Store.