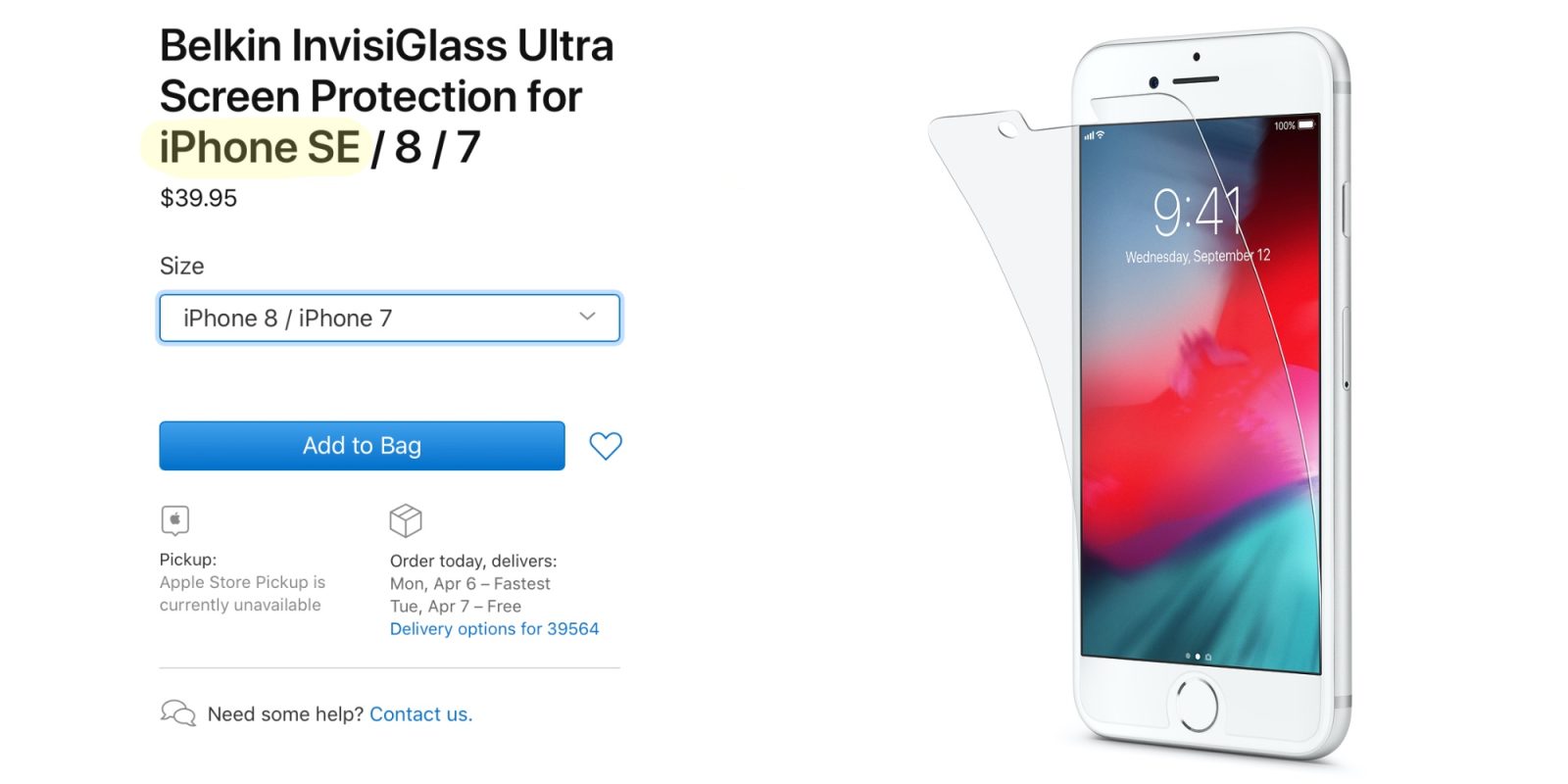 9to5Mac previously reported that the launch of the new 2020 iPhone SE is imminent, as our source told us that Apple plans to announce it as soon as tomorrow. Now there’s more evidence that the new iPhone SE will be released soon based on Apple’s own website, including a new Belkin screen protector and an updated AppleCare+ plan.

First spotted by Aaron Zollo, Belkin’s InvisiGlass Ultra Screen Protector designed for iPhone 7 and iPhone 8 that is available from Apple’s online store has just been updated with a description that mentions compatibility with the “iPhone SE.”

Besides the fact that this link has just been updated, only the screen protector for the 4.7-inch model mentions the iPhone SE. When we chose the option for the Plus models, the description shows only the iPhone 7 Plus and the iPhone 8 Plus — which corroborates rumors about the “iPhone SE Plus” model being delayed.

Ming-Chi Kuo reported in December that Apple is also working on a 5.5-inch version of the new iPhone SE that is expected to be released in early 2021. 9to5Mac found evidence on the Plus version of Apple’s new entry-level smartphone based on iOS 14 code, but due to circumstances it probably won’t be available this month alongside the 4.7-inch model.

All the iPhone 8 models are currently being delivered for 3-5 business days in the US and several other countries, including Brazil, France, and the UK. Previously iPhone 8 was in stock in some of these countries.

Another interesting fact is that AppleCare+ for iPhone SE is available once again on Apple’s website, even though the main AppleCare main page says AppleCare+ is only available for iPhone 7 models and later.

It’s possible that the 2020 iPhone SE will be officially announced by Apple this Friday morning, with pre-orders available right after that.