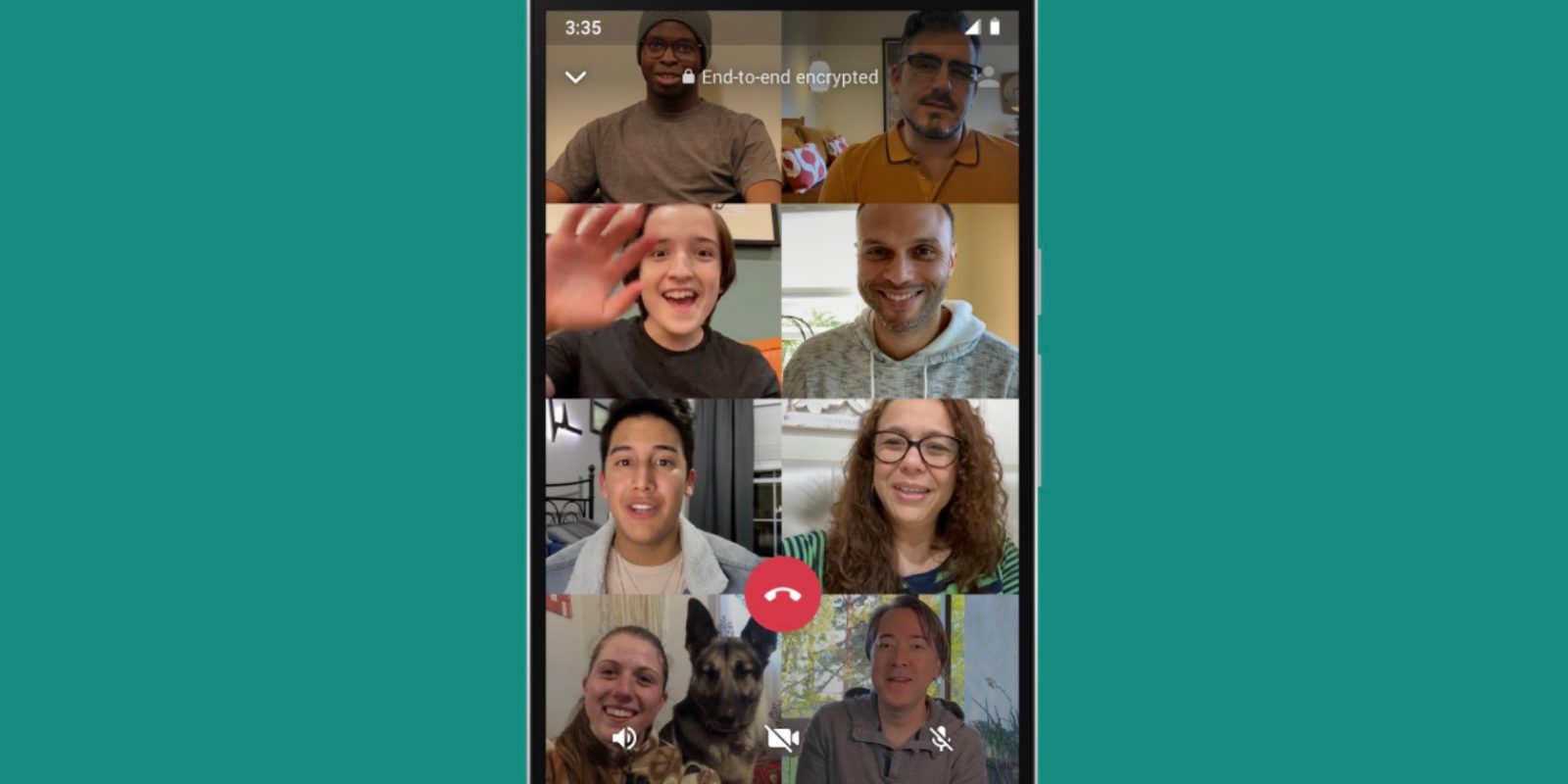 Last week Facebook announced a new feature for group video calls, “Messenger Rooms.” In addition to it arriving for Facebook Messenger, the company said it would also come to Instagram, WhatsApp, and Portal. Now the latest WhatsApp update available today brings support for encrypted video calls between up to eight people.

Update 4/28: Facebook has announced that the WhatsApp group video call update is rolling out globally starting today. Just be sure you’re running the latest version before giving video chats with up to 8 people a try.

When Facebook announced Messenger Rooms last week, it didn’t detail what countries it’s available or when it would be rolling out globally. While the release notes for the latest WhatsApp iOS update make it clear it brings compatibility for the new video call feature for up to eight people, it’s unclear if it’s available right now for all users.

The update for iOS is available now. Previously, WhatsApp offered video calls between two people, which were encrypted (Facebook’s Messenger Rooms are not). And based on the image Facebook released last week (seen above) the group video calls in WhatsApp should be end-to-end encrypted as well.

Facebook’s plan for the new video call feature is for support for 50 people “within weeks.” But it hasn’t said whether that will apply to all of its messaging apps.

WhatsApp Messenger is a free download from the App Store. Are you seeing the feature available after updating? Let us know down in the comments!