Comment: A fully wireless iPhone is more likely than a Smart Connector 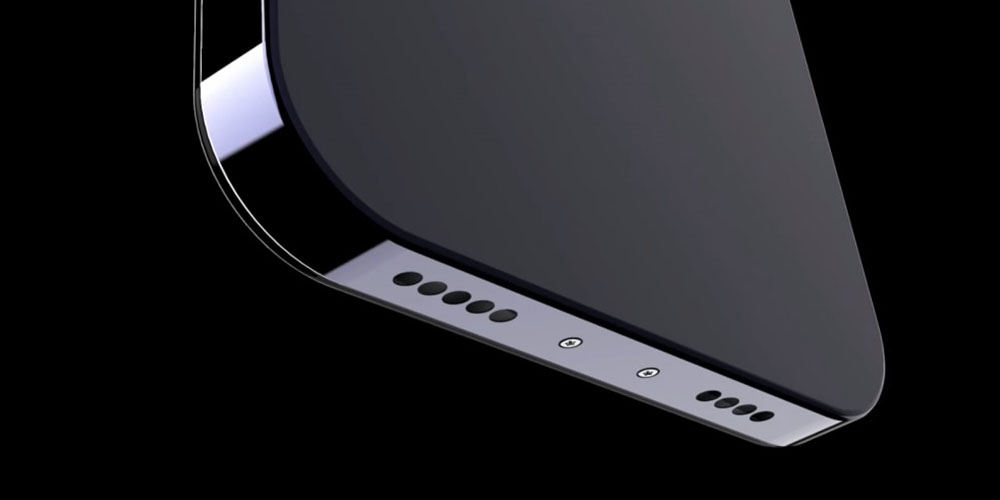 There has long been debate about the future of the Lightning port in the iPhone. Will Apple stick to this, replace it with USB-C, or move straight to a fully wireless iPhone — one without any ports at all?

There’s fresh discussion today prompted by a claim that Apple will do none of these things, and instead use a Smart Connector on the iPhone 13…

That claim comes from a Twitter account with no track record, so there’s no reason to give it any weight. But is it even a sensible guess? I think not.

If the iPhone were to retain a wired port for some years to come, then the company would have a big dilemma.

A switch to USB-C would make sense for a whole bunch of reasons. Apple has already standardized on USB-C for portable Macs and the iPad Pro, so doing the same for the iPhone would complete the set. The ability to use the same chargers across all three devices would be extremely handy, and being able to connect any Apple device to any other Apple device with the same USB-C to USB-C charger has obvious convenience benefits — especially when traveling.

At the same time, there are a lot of accessories out there that use the Lightning socket — from simple charging stands through wired CarPlay to high-end audio and video devices. Like, a lot of a lot. Switching connector type would create exactly the same hassles and screams of anguish as the switch from the 30-pin connector to Lightning.

In 2017, I did feel it was time for Apple to switch to USB-C for both iPhone and iPad.

While the Lightning port is a clever standard, USB-C is even smarter and more capable. Adopting a single port across both Mac and iOS devices would massively simplify the cable and connector ecosystem. And the high-speed data transfer capabilities provided by USB-C would allow Apple devices to work together better than ever.

But three years on, I kind of feel it’s too late now. Because whether or not Kuo is right that we’re going to get a fully wireless iPhone in 2021, I do think that’s where Apple is headed within the next few years. That would make for neater aesthetics, as well as greater reliability through improved water-proofing and dust-proofing.

So if Apple is headed there soon, would it really want to go through the PR nightmare of the Lightning to USB-C switch, only to repeat it just one or two years down the road with a switch from USB-C to port-less? I don’t think so. It might as well get all of the flack for the company — and the pain for its customers — out of the way in one hit.

The same argument goes for the Smart Connector. Sure, it’s a neater connector than either Lightning or USB-C. It doesn’t let in dust or water the way a conventional port does. But it again makes no sense to have an interim stage which doubles the pain.

And pain there would be. The vast majority of CarPlay units are wired, for example. There are relatively inexpensive wireless adapters available, but these aren’t the neatest of solutions. The same is true of Lightning speakers, where an adapter would spoil the aesthetics.

As is often the case with changes introduced by Apple, professionals are likely to be particularly badly hit by a switch to a fully wireless iPhone. Audiovisual equipment would face twin challenges: Keeping the iPhone powered, and coping with the reliability and latency issues that can be introduced by a switch to wireless connectivity. Developers, too, know that wireless debugging with Xcode can be a frustratingly unreliable experience.

It’s far less of an issue for mass-market consumers. Most existing owners of reasonably modern iPhones are already using wireless chargers all or most of the time. Charging pads are increasingly common in coffee shops, airports, and other public areas.

But there are still times when wired charging can be more convenient, travel being an obvious example. If you want to ensure a device is fully charged for a long flight, then a top-up charge at the airport beforehand is much more practical with a wire than a wireless charger. And if you travel with a Mac, it can handily serve as a charging station for all your Apple devices.

Apple could potentially solve the developer and professional problem with a hidden port, just as it does with the Apple Watch. This could, for example, be hidden within the SIM slot.

However, Apple has seemed entirely disinterested in this approach. Developers have expressed surprise that Apple won’t take their money for a development cable for the Apple Watch, and it may be that the company has no more interest in offering this for the iPhone.

That, then, is my bet: a single switch from Lightning to a fully wireless iPhone within the next one to three years, with no interim stages of either USB-C or Smart Connector. What do you think? Please take our poll, and share your thoughts in the comments.