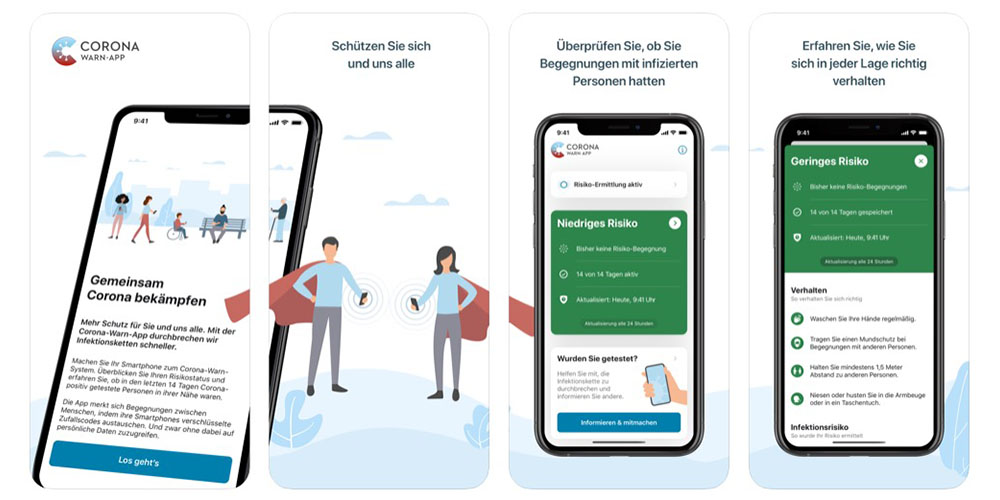 Yesterday’s report that Germany’s contact tracing app would launch today was correct. The country originally planning an app that captured location data and used a centralized database before privacy objections saw it make a U-turn and instead use the Apple/Google API.

The most staggering part of today’s confirmation, however, is that developing the coronavirus app – where the API does the heavy lifting, and Apple provided sample code to do much of the rest – somehow cost the government €20M ($22.7M) …

The iOS Corona-Warn-App is available on the App Store, with the Android version on the Google Play store.

Helps us in the fight against corona.

The Corona-Warn-App helps us to determine whether we have had any contact with an infected person which could result in a risk of catching the virus. This way, we can interrupt chains of infection more quickly. The app is a service by the Federal Government. Download and use of the app are entirely voluntary.

AP explains what lead to the U-turn.

Germany, where a person’s right to their own data even after death is rooted in the constitution, has proved a particular challenge. Early government suggestions about using location data including cell tower information and GPS coordinates for the app prompted a swift backlash.

“Tracking where a person is in real time, that does remind us of China and its surveillance system,” said Frederick Richter, who heads the independent Foundation for Data Protection.

It also recalls Germany’s own history of dictatorships. Both the Nazis and East Germany’s communist regime amassed vast amounts of information to persecute dissidents and undesirables.

“That’s why we have always been very sensitive in Germany when it comes to the state collecting information on its citizens,” Richter said.

But it is the huge cost of Germany’s contact tracing app which jumps out.

The monthly costs presumably include manual contact tracing, but the development cost charged by Deutsche Telekom and SAP is completely inexplicable.

Italy recently launched its own contact-tracing app using the API, with downloads off to a good start. Other European countries are also adopting or switching to the app, though US adoption has so far proven extremely limited.