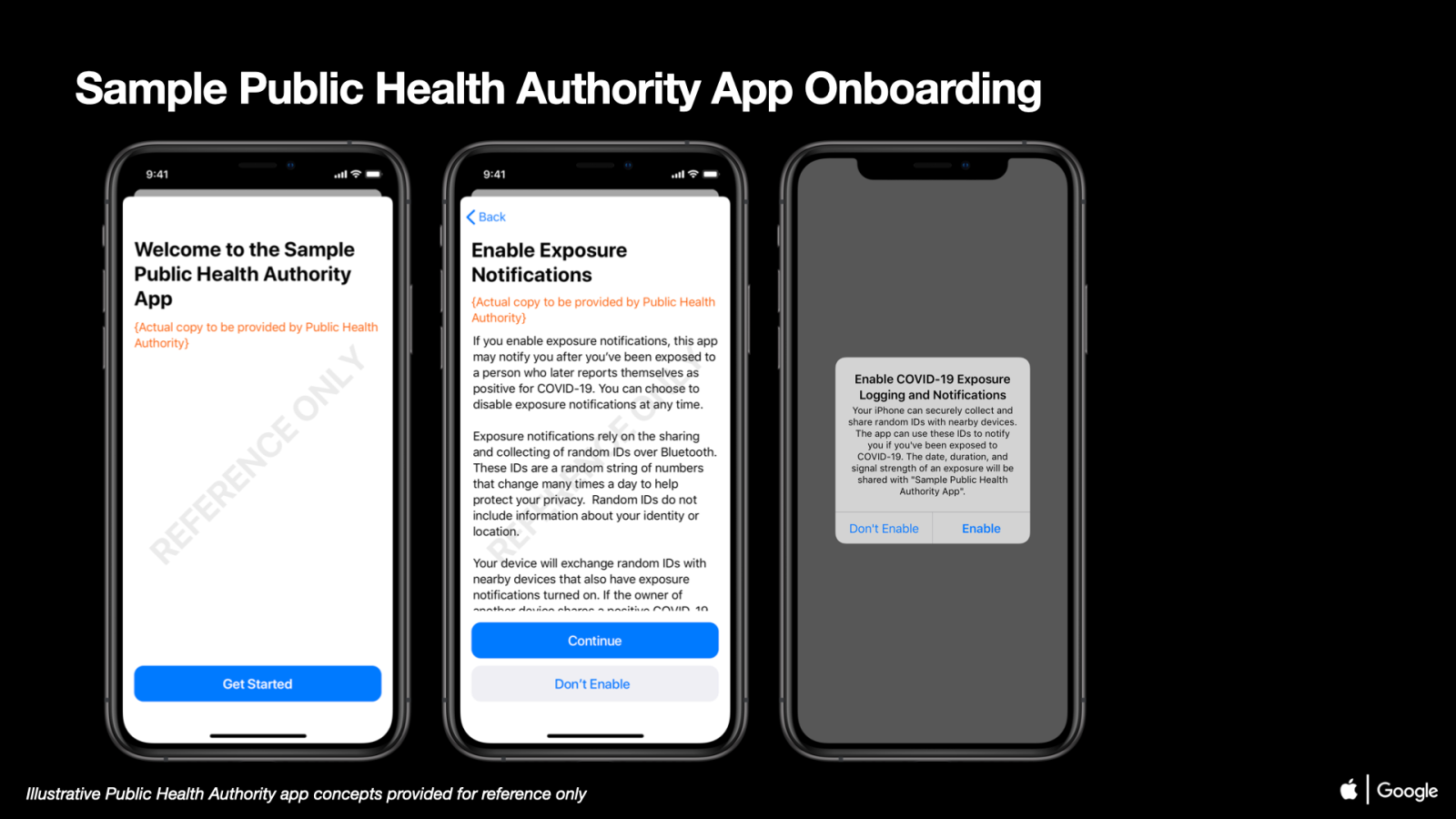 After releasing a new beta of iOS 13.5 last week, Apple today has provided new information on its Exposure Notification API for COVID-19. The company continues to underscore the privacy-first design of this API and is releasing new resources to public health authority developers.

In addition to the design concepts, Apple and Google are also releasing sample app code, which can be used in the development of contact tracing applications. The sample code aims to show developers the best practices for building their own exposure notification applications. 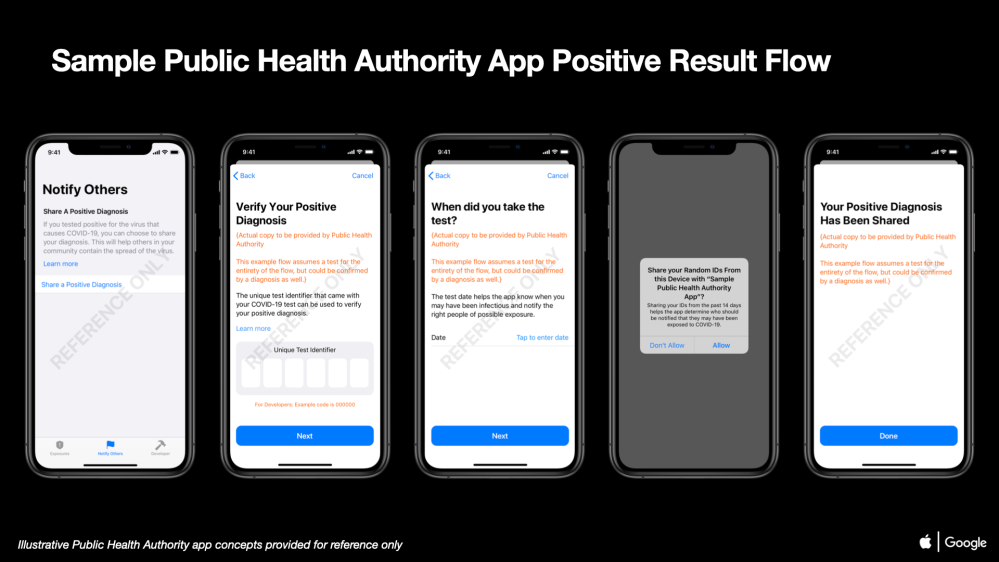 In the screenshots, public health authority developers can see how to best welcome users to their exposure notifications applications. This includes context on the purpose of the application and the process of allowing users to manually opt-in to exposure logging and notifications.

The third set of screenshots shows sending the actual exposure notification to someone who interacted with someone else who tested positive. This could include a breakdown of exposures over the last 14 days and even details on the length of the exposure.

Finally, screenshots show how users will be able to manage exposure notifications in their system settings. In last week’s beta of iOS 13.5, there is a new toggle in the Settings app that manages COVID-19 exposure notifications. Apple representatives emphasize that in addition to this toggle, users will have to choose explicitly to enable the feature in the public health authority application. The system is completely opt-in. 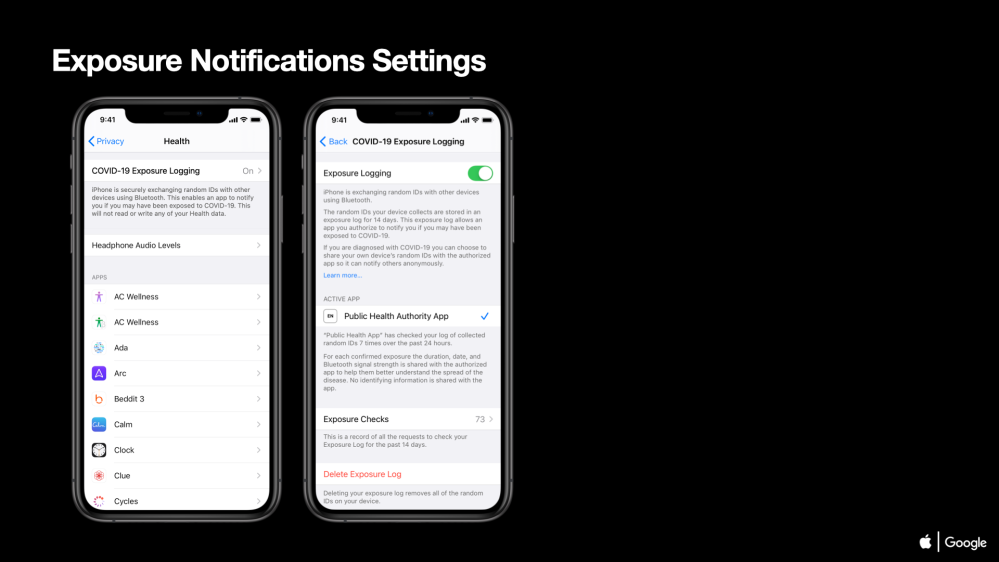 Apple and Google emphasize that much of the control is in the hands of the public health authorities themselves. Apple and Google are providing the Exposure Notification API, and developers can adjust the details as-needed while preserving the privacy and requirements of the API.

Privacy is a tentpole of the Exposure Notification API. The applications developed by public health authorities will not be able to use the Location Services framework. Apple representatives say that applications should collect as little data as possible, and location data is not needed for this Bluetooth-based approach. Unsurprisingly, the companies say targeted advertising will not be allowed in these applications.

The companies are also taking steps to prevent fragmentation. For this reason, the use of the Exposure Notification API will be limited to one app per country. The idea, according to Apple and Google representatives, that this will promote high adoption rates among users. That being said, Apple and Google are also able to support countries if they decide to take a more regional, such as state-by-state.

Apple and Google also note that they will continue to release updates to their software and SDK. Apple released new betas of iOS 13.5 and Xcode 11.5 last week containing the groundwork for the Exposure Notification API, and the updates are expected to continue.

Apple and Google say the API will be available to all public health authority developers by mid-May. In the long-term, the companies say they are still exploring the possibility of allowing health authorities to send exposure notifications without requiring an app.