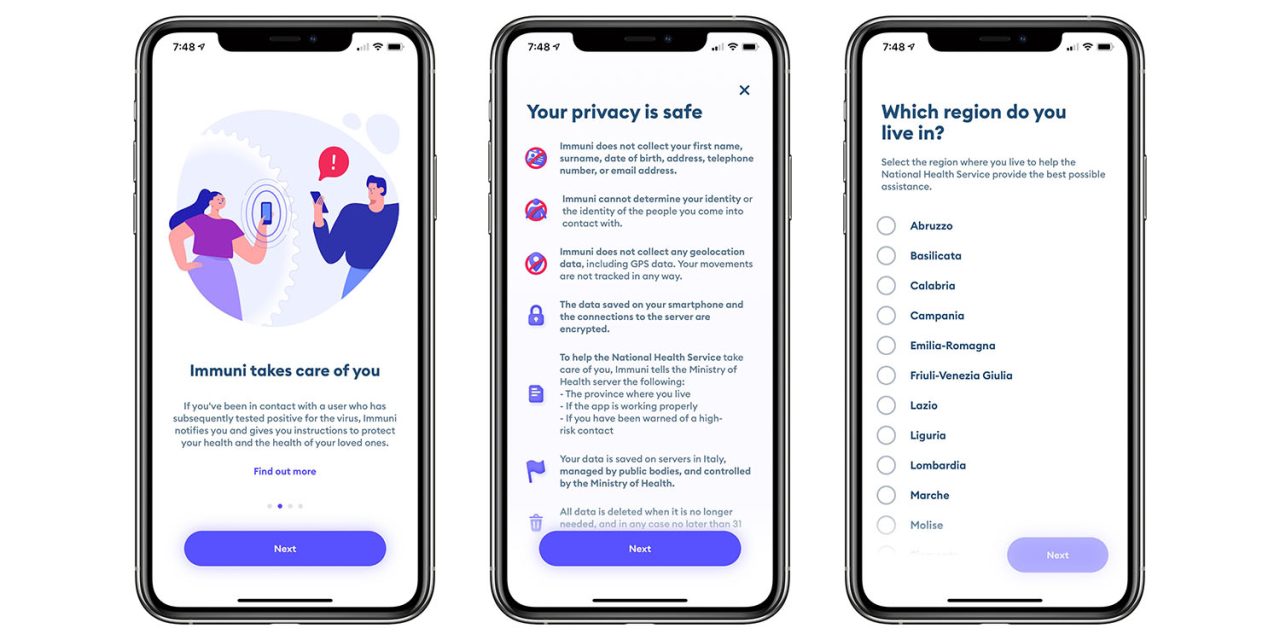 Italy was one of the first countries to adopt the joint Apple/Google API for its coronavirus contact tracing app, and early signs are that this is helping reassure people. Immuni contact tracing app downloads hit more than 25% of those given access in the first ten days.

Italy has chosen to make the Immuni app available initially in four regions, with a combined population of 8M people – ahead of a rollout to all 60M residents later in the month. Reuters reports that some 2.2 million of them have so far downloaded it, and indications are that privacy concerns are less prevalent than expected.

The government, like those of other European countries hit by the virus, is touting the software as a vital tool to help avoid a second wave of infections. Germany launches its own version next week.

“We want a summer in which tourism is as safe as possible. This app can help us resume activities after the lockdown,” Technological Innovation and Digitalization Minister Paola Pisano told Reuters […]

The government’s call for a tracing app originally met resistance from privacy advocates and opposition politicians, but many Italians are warming to it.

“Even my in-laws downloaded it,” said Daniela Camozzi, 47, in Sarzana, a town in the northern Liguria region, one of the first parts of the country where the app went live.

The Italian government has stressed that use of the app is optional, but every single person who chooses to use it makes a difference.

Immuni is a valuable tool in the fight against this horrendous epidemic, and every single user increases its overall effectiveness. It is strongly recommended to install the app, use it correctly, and encourage friends and loved ones to do likewise. However, nobody is compelled to use it. It is entirely the individual’s choice.

The app also summarises some of the API’s eight privacy protections when you first open it.

While take-up of the Apple/Google API has been slow, a growing number of countries are either adopting it or switching to it.

Finland, Ireland, and Portugal are adopting it; Austria is switching to it; Singapore and Australia are both considering making the change.

Switzerland was the first country to release an app based on the API, with Italy following close behind. Germany, Latvia, and Estoniaare doing the same, with only the UK and France having rejected it for now.

Germany made a U-turn from its original position, and a Reuters report says that other countries are now following suit.

There is less sign of progress in the US, where more states have rejected it than adopted it.

Contact tracing app downloads are a crucial metric in the fight against the virus, with epidemiologists estimating that you need to persuade 60-80% of the population to install the apps in order to make a meaningful difference. Italy is off to a good start, but still a long way short of this level of adoption.