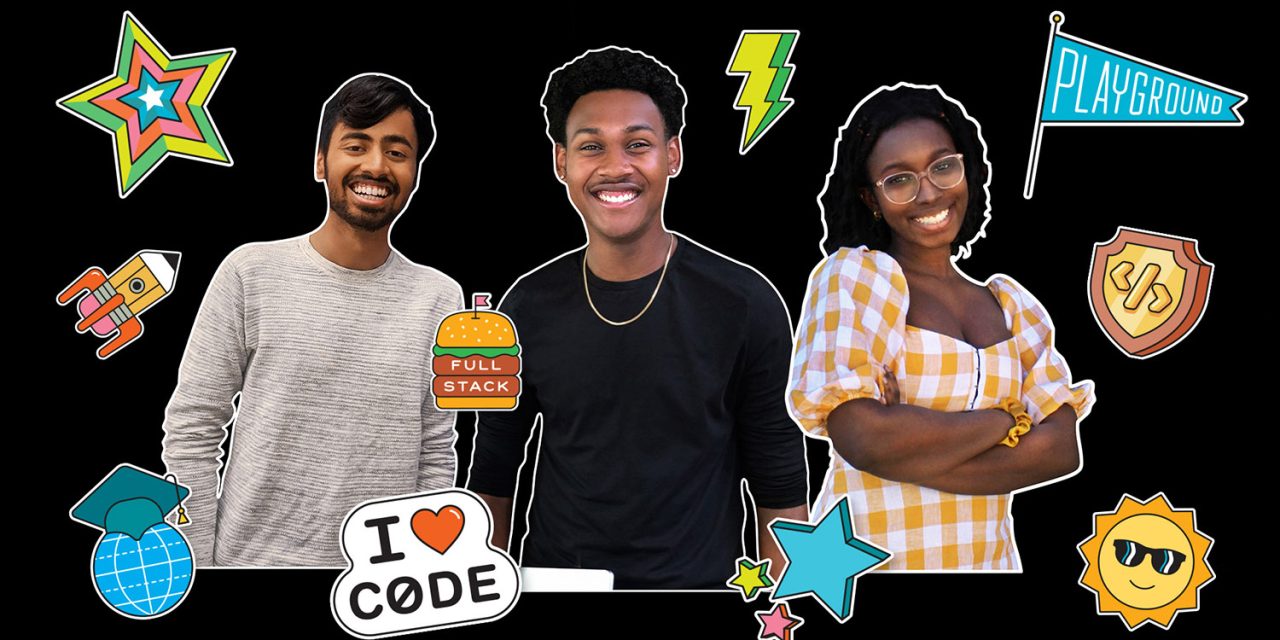 Apple has chosen 350 winners for its WWDC20 Swift Student Challenge. The company says the winners span 41 countries and regions and were selected based on their original Swift Playgrounds submission.

Apple is proud to support and nurture the next generation of developers through its annual WWDC student program — and it’s just one of the many ways that WWDC20 is recognizing and celebrating coders and innovators of all ages and backgrounds. For the first time ever, there will be a special collection of curated sessions perfect for budding coders and designers, and daily Swift Playgrounds challenges that anyone can participate in and enjoy.

Named in the press release are Sofia Ongele, Palash Taneja, and Devin Green.

These teens share a life goal best summed up by Ongele: “Make some tech and do a whole lot of good along the way.” All three view challenges in the world as opportunities to effect change. Every problem is a call to action — and they are answering, loud and clear.

For Sofia Ongele, 19, who just finished her sophomore year at New York’s Fordham University, her focus for change lies at the intersection of tech and social justice. ReDawn, her first iOS app, is a powerful example. After one of her college friends was sexually assaulted during her freshman year, Ongele created ReDawn to help survivors access resources in a safe, easy, and sensitive way […]

Palash Taneja, 19, grew up in New Delhi, India. Four years ago, he contracted a severe case of dengue fever, a mosquito-borne virus that left him hospitalized […]

He went on to create a web-based tool that uses machine learning to predict how mosquito-borne diseases like dengue fever would spread. And for his Swift Student Challenge submission this year, created against the backdrop of COVID-19, Taneja designed a Swift playground that teaches coding while simulating how a pandemic moves through a population, showing how precautions such as social distancing and masks can help slow infection rates. He created it to help educate young people, after he saw others not taking warnings seriously […]

Devin Green loves solving problems with technology and looks to his surroundings for inspiration. While finishing his senior year of high school at home due to COVID-19, he used his bedroom in Castro Valley, California, as a laboratory.

His winning Swift Student Challenge playground features an artificial-intelligence robot named Stanny that can recognize and respond to 63 different comments and questions. Green also has two apps on the App Store, the first of which he built when he was 13. The second, called Slight Work, is a homework app that uses the Pomodoro Technique to maximize work time with structured breaks. He and his high-school classmates used it throughout their senior year, as did friends in college.

Augustin built Charcoal when he couldn’t find an easy way to sketch a concept for a new app he was working on.

Charcoal is all about simplicity—including its pared-down color palettes.

“I wanted something without any distractions. You can just concentrate on what you want to make,” he says.

Azolin’s DressApp helps users save time when choosing what to wear by making it easy to catalog favorite outfits.

Why ransack your wardrobe? Categorize your outfits with DressApp to find the right one for any occasion.

“I built DressApp because it was something I wanted, and a need my friends had as well,” she says. “I felt I really became a developer when I published this app” […]

STEMpump has classes for students grades six to 12 on coding, robotics, design, game creation, and more.

STEMpump began as an after-school program (the in-person kind) that Kanchi started before stay-at-home orders began. Within two weeks of his launching the app, 900 people signed up.

Winners of the WWDC20 Swift Student Challenge won’t get to attend in person this year. The online WWDC kicks off on June 22 with a keynote presentation at 10 am PDT. You’ll be able to watch it through the WWDC app on iPhone, iPad, Apple TV, and Mac. We’ll, of course, be bringing you live reports.