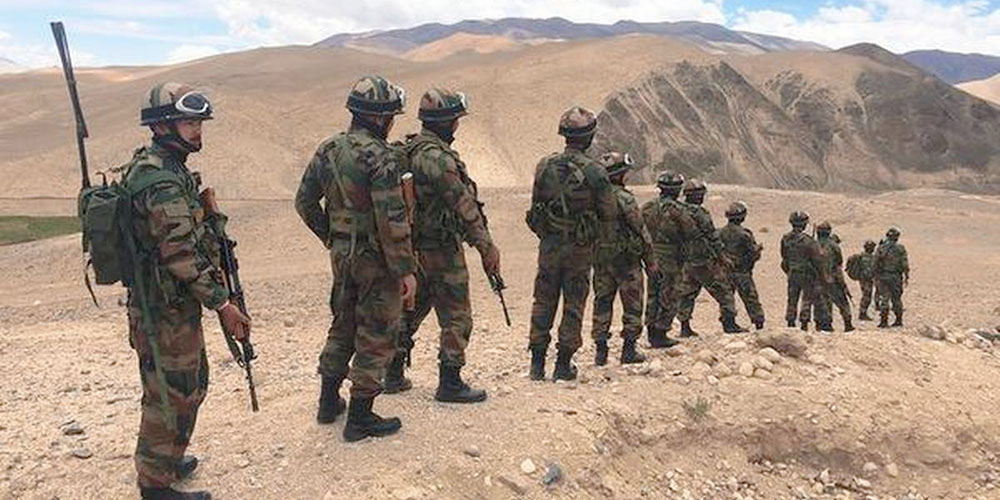 It appears that a longstanding border dispute between India and China was behind India’s partial ban on Chinese apps from the country. In one of the more bizarre elements of the story, it has been reported that Indian and Chinese soldiers fought with clubs and rocks …

The BBC describes last month’s incident which seemingly led to the app bans.

The incident follows rising tensions, and is the first deadly clash in the border area in at least 45 years. The Indian army initially said three of its soldiers had been killed, adding that both sides suffered casualties. But later on Tuesday, officials said a number of critically injured soldiers had died of their wounds.

India’s external affairs ministry accused China of breaking an agreement struck the previous week to respect the Line of Actual Control (LAC) in the Galwan Valley.

BBC diplomatic correspondent James Robbins says violence between two armies high up in the Himalayas is very serious, and pressure will grow on the two nuclear powers not to allow a slide into full-scale conflict.

The disputed border is known as the Line of Actual Control, a vague line on a map which bears little resemblance to the actual situation on the ground.

Both sides have long been trying to guard against a war, with soldiers urged not to shoot at each other – leading to a report that rather cruder weapons were used.

Both sides insist no bullet has been fired in four decades, and the Indian army said on Tuesday that “no shots were fired” in this latest skirmish.

How a clash that did not involve an exchange of fire could prove so lethal is unclear. There are reports that it was fought with rocks and clubs.

India banned 59 popular Chinese apps earlier this week, claiming that they threatened the ‘sovereignty and integrity’ of the country.

TechCrunch reports that both Apple and Google have now blocked access to the apps from their respective app stores.

Two days after India blocked 59 apps developed by Chinese firms, Google and Apple have started to comply with New Delhi’s order and are preventing users in the world’s second largest internet market from accessing those apps […] Apps that India has blocked are no longer listed on Apple’s App Store and Google Play Store […]

Thursday’s move from Apple and Google, whose software power nearly every smartphone on the planet, is the latest escalation in an unprecedented tension in recent times between China and India. A skirmish between the two neighbouring nations at a disputed Himalayan border site last month left 20 Indian soldiers dead, stoking historical tensions.