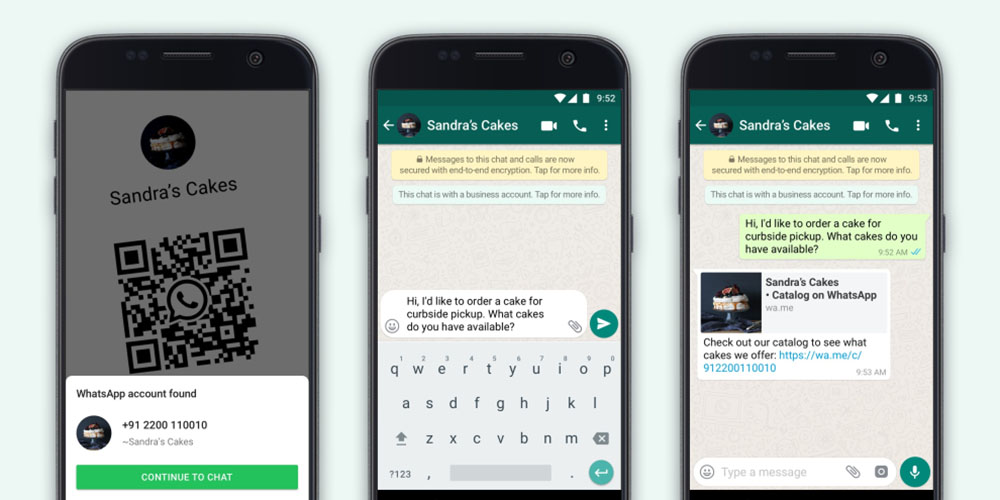 If you need support for a product you’ve bought, getting in touch with the company on WhatsApp could soon be as simple as using your iPhone camera to scan a QR code on the receipt …

WhatsApp recently started rolling out QR codes for consumers, as an easy way to share contact details with someone.

We are making it easier than ever to add a new contact. Soon when you meet someone new, you will be able to scan their QR code to add them to your contacts. No more tapping in their digits one at a time.

The feature followed successful testing back in May.

TechCrunch reports that businesses will also be able to use QR codes to provide contact details.

Now, if you need to reach a business for customer support, to ask a question or order something, instead of manually entering a business phone number, you can scan a QR code from a receipt, a business display at the storefront, a product, or even posted on the web, in order to connect with the company.

Some small companies already do this, but that has been using the feature intended for consumers. The new facility will apply to businesses of all sizes.

The company also shared some stats on its business app.

WhatsApps’ profile as a formal platform for doing business is growing, albeit slowly. The WhatsApp Business app — used by merchants to interface with customers over WhatsApp and use the platform to market themselves — now has 50 million monthly active users, according to Facebook.

Its two biggest markets for the service are India at over 15 million MAUs and Brazil at over 5 million MAUs, while catalogs specifically have had 40 million viewers […]

To put WhatsApp Business app’s usage numbers into some context, WhatsApp itself passed 2 billion users in February of this year. In that regard, hitting 50 million MAUs of the WhatsApp business app in the two years since it’s launched doesn’t sound like a whole lot (and in particular considering that it has competitors like Google offering payment services to merchants). Still, there has always been a lot of informal usage of the app, especially by smaller merchants, and that speaks to monetising potential if they can be lured into more of WhatsApps’ — and Facebook’s — products.

WhatsApp this week made the decision to suspend compliance with requests from Hong Kong authorities for user data, following the introduction of draconian new laws in the region.