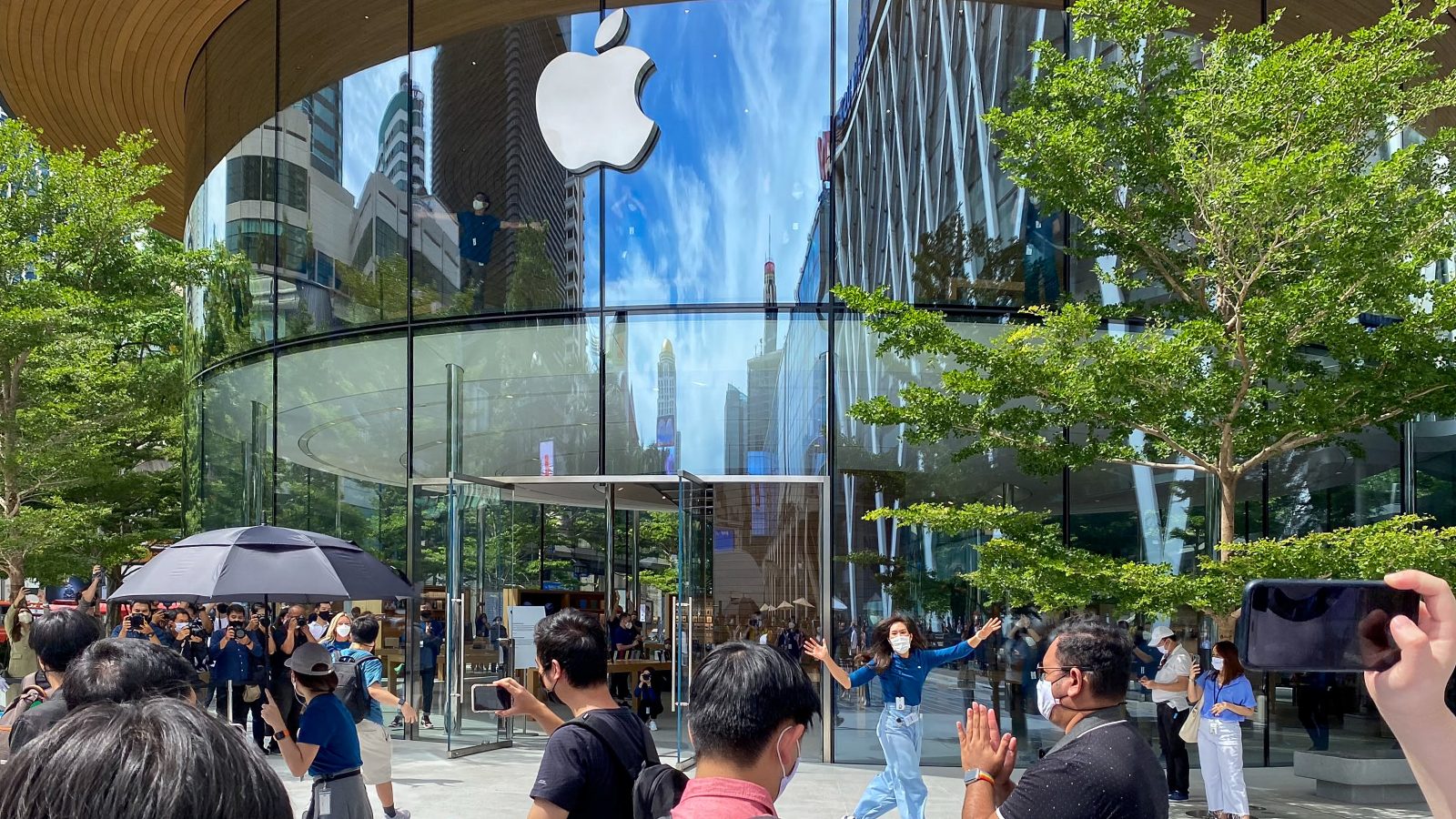 Apple Central World opened today, becoming the second Apple Store in Thailand and rooting Apple deep in the culture of Bangkok’s busiest social hub. Readers and Apple customers from all across the city visited the new space on opening day and shared their photos of the experience.

Bangkok’s Ratchaprasong intersection teems with activity, and Apple Central World is a space perpetually in motion. The store’s hypnotic lines and Tree Canopy roof express a sense of energy and life. Curved glass surrounds the store from all angles, so you’ll always know what’s happening inside.

Apple Central World would look right at home inside Apple Park, but to the people of Thailand, it couldn’t exist anywhere else. Every detail has been considered for the store’s precise location in context to the city around it. That’s why Apple fans in Bangkok are so thrilled about the opening.

Apple Store openings look a little bit different this year in the interest of public health. To promote safety, visits to Apple Central World on opening day were offered by appointment only. A registration system for visitors opened just before 8:15 A.M. Bangkok time on July 28. In little more than an hour, every reservation for the entire day was booked full.

On opening day, visitors lined up in a queue managed for social distancing. Groups of roughly 30 customers were allowed inside every 15 minutes beginning at 10 AM. Visitors to the store received a Central World tote bag, a custom Apple logo sticker, and an illustrated guide to everything Apple has to offer in Thailand.

Creatives in Thailand are deeply excited about Apple in a way unmatched by almost any other community. Thailand’s first Apple Store, Iconsiam, drew a line of customers more than 10 hours before its opening. On social media, hundreds of people use the hashtag #appleth every day to excitedly share screenshots of their purchases and experiences visiting the store. Apple Central World tells the people of Thailand that the appreciation is mutual.

Apple celebrated one type of opening today, but another new beginning is in store for the future. The Forum and Video Wall on level 2 of the store will someday host top Today at Apple sessions and performances with local artists when group events are possible again. The energy of creativity might just make the second celebration even greater than the first.