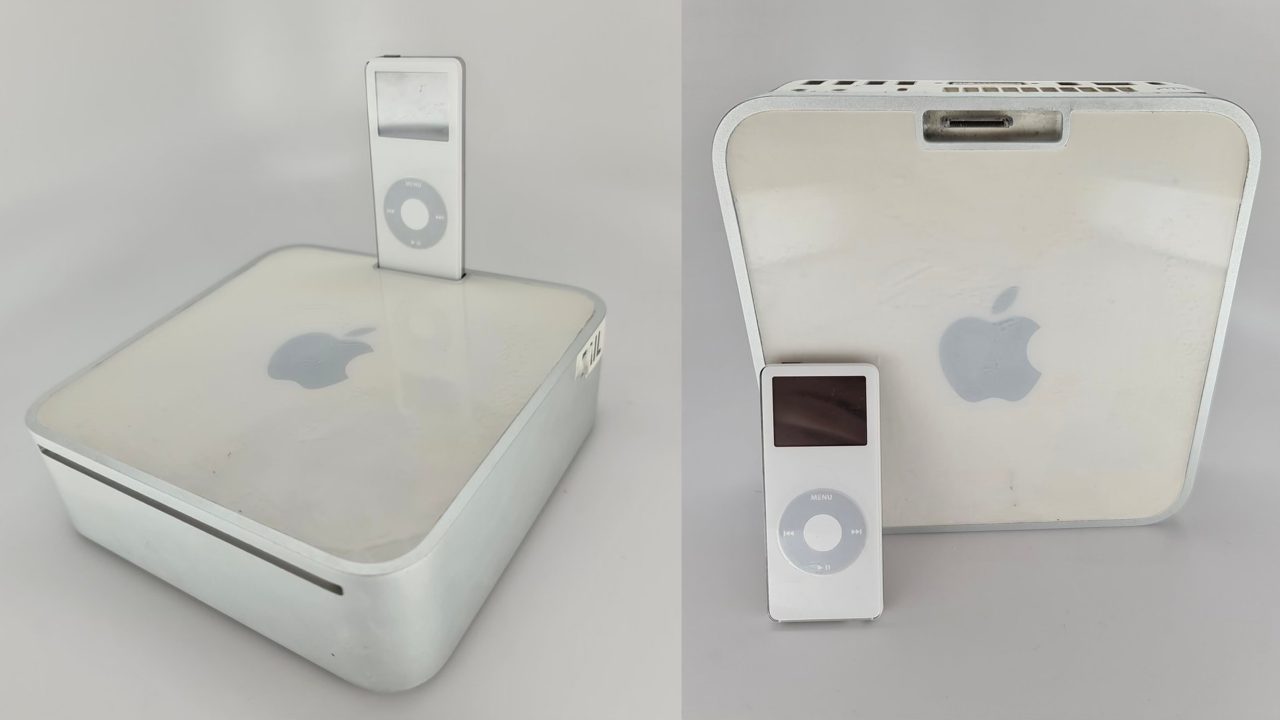 New images shared on Twitter this week showcase a prototype Mac mini with a built-in iPod dock. The Mac mini shown here featured a 30-pin connector that would have allowed an iPod user to charge and sync their device without an additional cable.

The images were shared on Twitter by the @DongleBookPro account, which regularly shares images of Apple prototypes and scrapped projects. According to the account, this Mac mini with iPod dock was a “totally scrapped project that never saw the light of day.” These images show the Mac mini and iPod dock prototype in the Engineering Validation Test stage of development.

This would have been an interesting tie-in of Apple products, but of course there are some practical issues with docking an iPod on the top of a Mac mini. For instance, not everyone keeps their Mac mini in an easily accessible place, and sometimes there isn’t enough headroom to allow for an iPod to stick out of the top.

Personally, I see a few ways this type of tie-in could materialize in modern-day Apple accessories. For example, the top of the current Mac mini could feature Qi charging capabilities. Even more useful, however, would be if the stand of the iMac or the Pro Display XDR doubled as a “drop anywhere” Qi charging surface.

What do you think of this scrapped Mac mini prototype? Should Apple have released it to the public? Could you envision any possibilities for similar integration between iPhone and Mac nowadays? Let us know down in the comments!