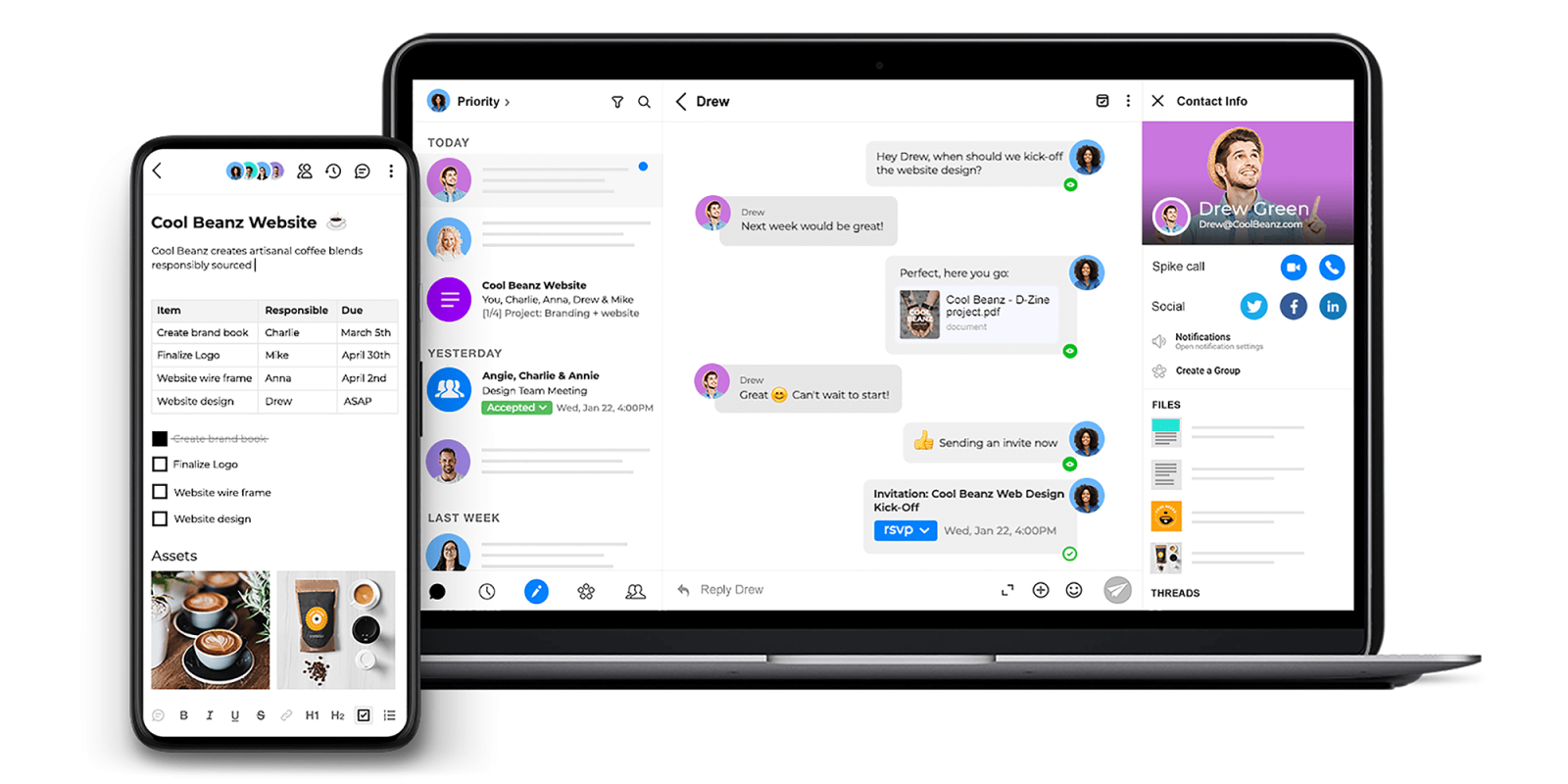 Spike has been my email app of choice since earlier this year, and it’s continued to get better with frequent updates. Just recently, the Mac version was updated to include a new download manager, a built-in web browser, and the option to install Spike for Mac from the Mac App Store.

One of the few things Spike lacked prior to its most recent update is the capability to download multiple attachments at once. I frequently get emailed 4-5 PDFs at a time, and it was a bit of a chore to download them one by one. This problem is now solved. You can also set a default download location. I personally like to download items to my Desktop so they will be synced to all of my devices over iCloud.

The integrated web browser is another nice addition to the app. A way I’ve found this to be useful in practice is if someone sends me an article to read, I can now do that without having to launch Safari. Spike can load it up in the app, and I can close it once I am done reading it. Spike also includes the option to copy the link, open in your default browser, forward to yourself, or forward to someone else. The only feature lacking here is 1Password integration for paid subscription site login, but I am not sure how that would be possible unless 1Password actually partnered with Spike. I’ve found the feature quite useful since its release, though.

Spike is also now making an appearance on the Mac App Store for the first time. While I prefer the stand-alone version for faster updates when new features/bug fixes are released, a Mac App Store download is beneficial for users who aren’t as familiar with installing software from the web. I’ve been trying to get as many of my coworkers to use Spike as I can to make better use of Spike Groups, so a Mac App Store install will make this process easier.

Spike is a free download for Mac and iOS, and there are paid options for business accounts.