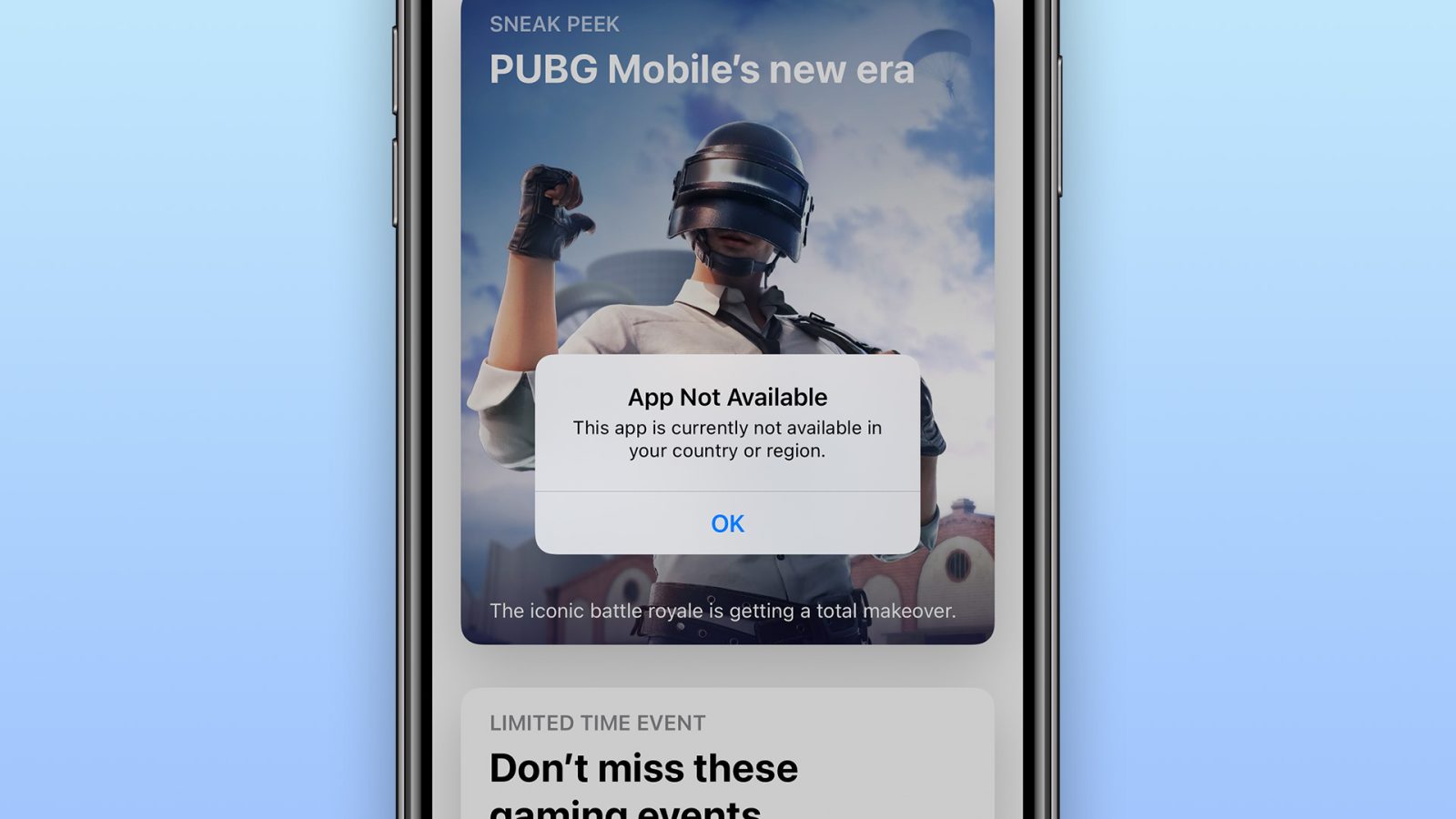 As previously warned by Apple, Epic’s App Store account has now been terminated due to the Fortnite developer knowingly violating App Store policy. Epic Games still had a few apps available for iOS aside from Fortnite, and they were all removed today.

Fortnite for iOS was updated earlier this month with a new option that allowed users to purchase in-game items directly through Epic’s payment system instead of using Apple’s In-App Purchases. Once Apple removed Fortnite from the App Store, Epic Games started a public campaign and a legal battle against Apple, which led the Cupertino-based company to announce that it would terminate Epic’s developer account.

That’s exactly what Apple did this Friday, August 28. As first noticed by John Voorhes from MacStories on Twitter, the App Store now shows an alert saying “this app is currently not available in your country or region” when you try to access Epic’s profile or any of their apps through a direct link, such as this one from Infinity Blade Stickers app.

It’s worth mentioning that Epic Games has an alternative Apple account to manage its Unreal Engine, which according to a judge cannot be blocked by Apple in retaliation for the Fortnite situation. The account that was blocked today was only used to offer Fortnite and some other apps from Epic, which consequently will now prevent the company from offering any updates to its game on Apple platforms.

We are disappointed that we have had to terminate the Epic Games account on the App Store. We have worked with the team at Epic Games for many years on their launches and releases. The court recommended that Epic comply with the App Store guidelines while their case moves forward, guidelines they’ve followed for the past decade until they created this situation. Epic has refused. Instead they repeatedly submit Fortnite updates designed to violate the guidelines of the App Store. This is not fair to all other developers on the App Store and is putting customers in the middle of their fight. We hope that we can work together again in the future, but unfortunately that is not possible today.

Apple will follow a judge’s decision not to ban the Epic Games SARL account, which is used by Epic to offer Unreal Engine to other games and apps. Epic Games was given 14 days to update the Fortnite app according to the App Store Review Guidelines, but Epic purposely refused to update the game.

As expected, Epic is completely banned from the App Store, which means that the game company cannot send new apps or updates to iOS users through its developer account. If you have already downloaded Fortnite on your iPhone or iPad, you can continue playing it in its latest version approved by Apple.

All in-game purchases of items through Apple’s In-App Purchases system will no longer work due to Epic’s account ban. Users can also no longer restore Fortnite or in-game purchased items if they delete the app from their iPhones and iPads.

Yesterday, Epic Games sent an email to Fortnite players once again emphasizing that the iOS and Mac versions of the game are now officially blocked from receiving updates. That means Fortnite players on Apple platforms have also lost access to multi-platform game modes. Fortnite wasn’t offered through the App Store for Mac users, however the company needs its developer account to certify the game as a trusted app.

While Epic Games is now officially banned from the App Store, Apple is tactfully promoting PUBG Mobile for iOS users, which is an alternative popular battle royale game that competes directly with Fortnite.

The first hearing of the case between Apple and Epic Games is expected to take place at the end of September.