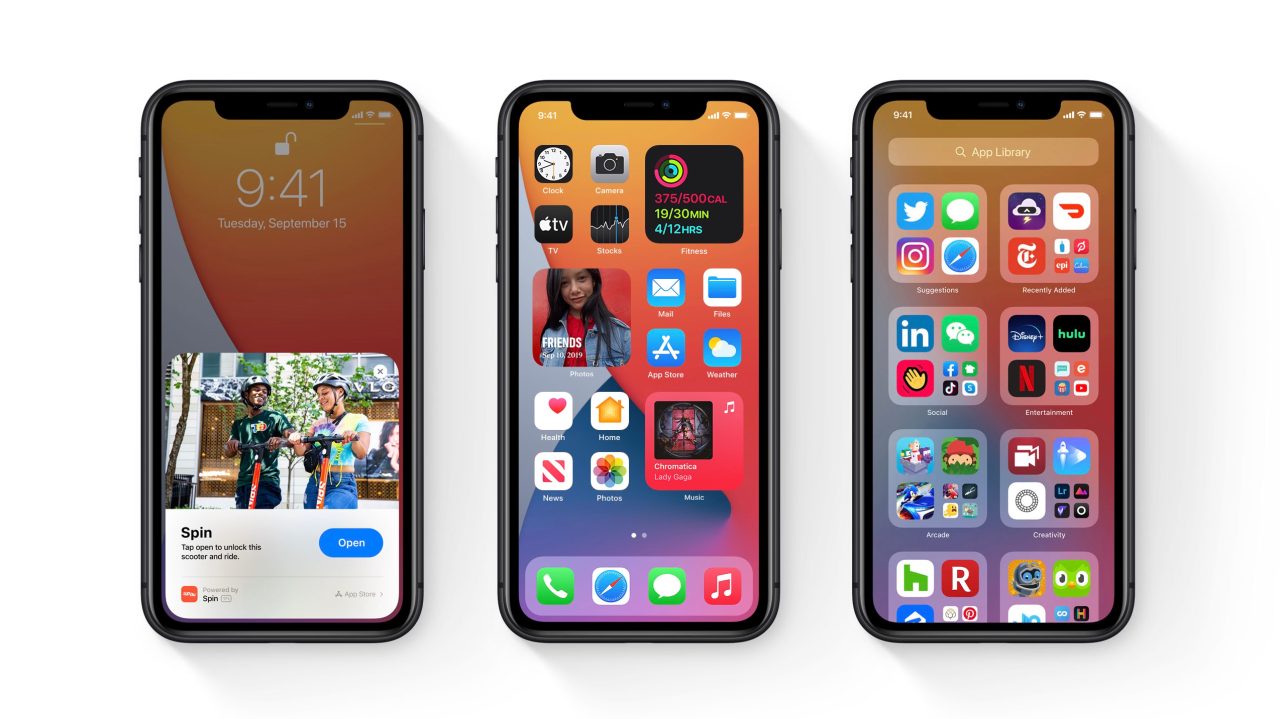 After three months of beta testing, Apple officially released iOS 14 to the public today. Today’s update includes a variety of new features, including widgets on the Home screen, an all-new App Library, and much more. Read on as we round up the 14 best features in iOS 14 this year.

Does your iPhone support iOS 14 features?

iOS 14 is the first version of iOS to support adding widgets directly to your Home screen. This means that the iconic grid of icons can officially be switched up to include widgets for first-party Apple applications and third-party developers.

You can also add a Smart Stack of multiple widgets to your Home screen, and iOS 14 will use on-device intelligence to surface the right widget based on time, location, and activity. Built-in iOS 14 widgets include:

Learn more about how to use iOS 14 widgets in our detailed guide here. A variety of third-party applications are also adding Home screen widgets. We’ll have more details on those updates throughout the rest of the month.

In conjunction with the new Home screen widgets, iOS 14 also includes an all-new App Library. Apple describes the App Library as a new Home page screen that “organizes all of a user’s apps into one simple, easy-to-navigate view, and intelligently surfaces apps that are helpful in the moment.”

Essentially, this means that you no longer have to keep all of your applications on your iPhone’s Home screen. Instead, you can delete apps from your Home screen but keep them in the App Library for when you might need to access them. You can also hide Home screen pages in iOS 14 as well.

One of the best iPadOS features is finally making its way to the iPhone this year thanks to iOS 14: Picture-in-Picture video support. This means you can watch video from a variety of applications on your iPhone while you navigate throughout iOS 14.

Picture-in-Picture support also extends to FaceTime calls, so you can stay in a FaceTime call while using other applications. The video simply floats to the corner of your iPhone.

Thanks to iOS 14 enhancements, the YouTube app now supports 4K playback for the first time. To access this feature, open the YouTube app on your iPhone, start playing a video, choose the “More” icon in the upper-right corner, tap “Quality,” and choose 2160p.

With iOS 14, incoming phone calls will no longer take over your iPhone’s entire display. Instead, a small incoming call bar will appear at the top of iOS, allowing you to easily accept or reject the call without missing out on anything else. It’s a small change, but one that has been on many iOS wishlists for years.

Siri has also gotten a complete redesign in iOS 14. This means that activating Siri no longer overtakes your iPhone’s entire display. Instead, a small Siri interface will appear along the bottom of your iPhone’s display. Unfortunately, you can’t interact with the rest of iOS 14 while the Siri interface is on-screen.

Even though Apple isn’t heavily promoting this year, iOS 14 also brings support for changing the default email and browser applications. This means you can set a third-party app such as Google Chrome as your default web browser, and all links will open in Chrome by default.

You can also set third-party email apps such as Gmail as your default email client, and all mail:to links will automatically open in that app instead of Apple’s Mail app. Note that these features require adoption by third-party apps, so not all email and browser apps will be supported from day one.

One of the biggest features in iOS 14 is something Apple calls App Clips. Essentially, Apple bills this as a way to download parts of an application at the moment they need it, without downloading the full application.

For example, a parking application such as ParkWhiz could offer an App Clip that allows you to quickly find and pay for parking without downloading the full ParkWhiz app from the App Store. Apple says that App Clips can be discovered and accessed by scanning a new Apple-designed App Clip code, or through NFC tags and QR codes, or shared in Messages or from Safari.

Again, third-party apps will have to adopt App Clips, so it might take some time until you see a prevalence of use cases for App Clips in the wild.

Apple touts that iOS 14 also includes a variety of Accessibility improvements, including the popular Back Tap feature that allows users to trigger gestures, Shortcuts, and Accessibility controls by tapping the back of their iPhone.

Back Tap, which offers a quick new way to trigger gestures, tasks, and accessibility shortcuts, sign language detection in Group FaceTime, and Sound Recognition, which uses on-device intelligence to notify users when the sound of a fire alarm or doorbell is detected. VoiceOver, the industry’s leading screen reader for the blind community, now automatically recognizes what is displayed visually onscreen so more apps and web experiences are accessible to more people.

Another simple but long-awaited feature has made its way to iOS 14 this year: support for searching the incredibly vast collection of emoji. To search for the exact emoji you’re looking for, simply open the emoji picker from the iOS keyboard and you’ll see a brand new search field.

iOS 14 also brings new features to the Maps application. Apple says that Maps now makes it easier than ever to “navigate and explore with new cycling directions, electric vehicle routing, and curated Guides.”

Cycling directions take into account elevation, how busy a street is, and whether there are stairs along the route. Electric vehicle routing adds charging stops along a planned route based on current vehicle charge and charger types. Guides provide a curated list of interesting places to visit in a city, created by a selection of trusted resources.

The Messages app is getting a notable overhaul with iOS 14. One of the biggest changes in Messages is the ability to pin threads and conversations to the top of the messages list. This includes one-on-one conversations as well as groups for quick access.

Other enhancements to the Messages app in iOS 14: @ mentions in group chats, setting a group photo, new Memoji options, and threading replies.

The spatial audio feature is exclusive to AirPods Pro, and the toggle is accessible via Control Center when your AirPods Pro are connected. Apple says that spatial audio is an immersive experience using directional audio filters to “play sounds virtually anywhere in space, creating an immersive sound experience.” This will put surround channels exactly in the right spot, even as you turn your head or move your device.

Meanwhile, automatic device switching will allow your AirPods or AirPods to switch between your iPhone, iPad, iPod touch, Mac, and Apple Watch paired to the same iCloud account.

Translate is designed to be the best and easiest app for translating conversations, offering quick and natural translation of voice and text among 11 different languages. On-device mode allows users to experience the features of the app offline for private voice and text translation

iOS 14 is a major update to the iPhone, and the features outlined here are only the beginning. Be sure to check out 9to5Mac’s full video hands-on with iOS 14 features below as well. To update your iPhone to iOS 14, simply open the Settings app, choose General, then choose Software Update.

What are you most excited to try out in iOS 14? Let us know down in the comments!