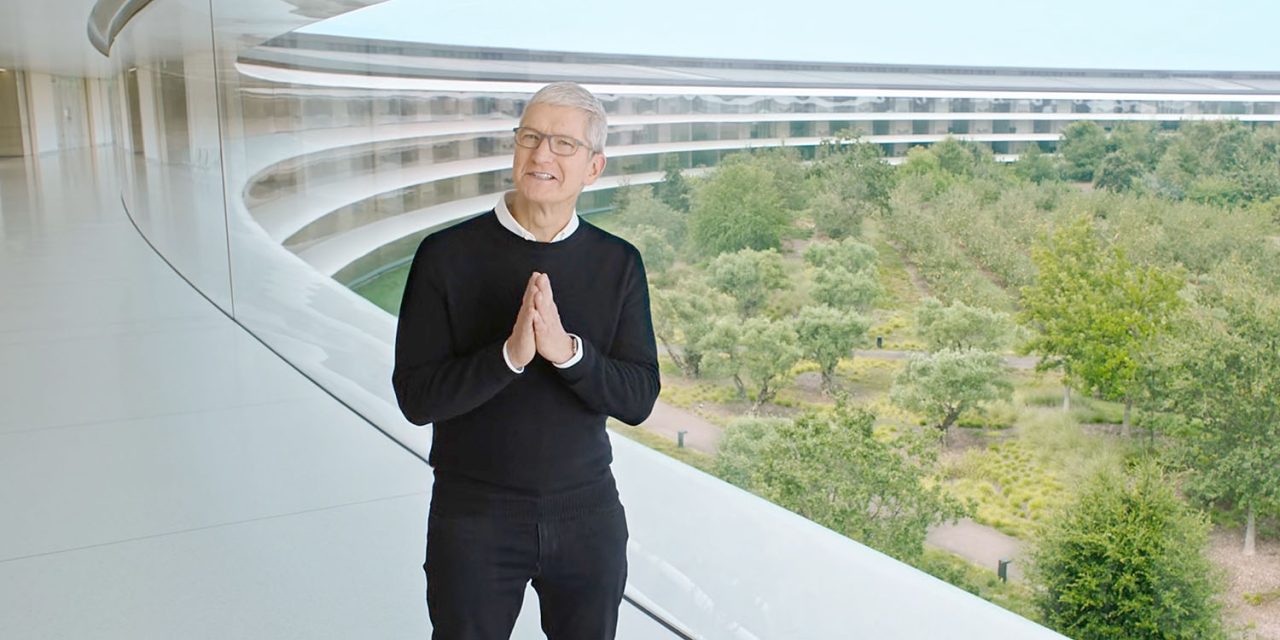 If you missed the event itself, you’ll want to start by checking out our roundup of everything that was announced. You’ll find a summary, together with links to all the details.

Here’s my own take on the announcements …

Apple clearly saw the Apple Watch Series 6 as the star of the show, introducing that first (though the ‘Time Flies’ tagline was obviously a reference to the new iPad Air as well as the new watches).

I’m not sure I agree. As I wrote before the event, the headline feature there is the O2 sensor, and while that’s appealing, it isn’t enough to sell it to me.

Measuring O2 sats is an interesting and timely feature in a time of a pandemic that damages the lungs. However, I’m not sure it’s a massive reason to choose the Series 6. First, I’ve tested a smartwatch with an oxygen saturation feature – and I used it exactly once. Basically, unless you have a medical condition that affects your O2 saturation, it doesn’t vary much.

Of course, you can argue that during the pandemic, the ability to easily check your O2 sats if you feel any coronavirus-type symptoms could be extremely valuable. But it still appears that the vast majority of those infected are asymptomatic, and if you do still want to check it regularly, twenty bucks gets you a standalone device to do the job. I bought one at the beginning of the crisis, and it now forms part of our medicine cabinet. So there’s not much reason to pay a likely significant premium to get the feature on your Apple Watch.

The Series 6 does offer some other benefits. The always-on display is brighter. Charging is faster, which is certainly handy for those who want to use it for sleep tracking. The U1 chip would definitely be a selling point for the few people with a Car Key compatible car. Plus the new colors. But overall, I don’t see many people upgrading from a Series 5 to this, and personally I’m not seeing any reason to upgrade from my Series 4.

To me, the Apple Watch SE was the more interesting announcement. This costs $80 more than the Series 3, but you get a lot for those extra eighty bucks. First, the larger display makes a surprising difference to usability. It will likely get three years more watchOS support than the S3, which alone could make it a better buy for anyone planning to keep the same watch for some years. It supports Family Setup (more on this in a moment). And it also supports the new watchOS 7 faces.

If you’ve been sitting on the fence about whether or not to get an Apple Watch, the Apple Watch SE is a good time to hop on board. My view remains that this is the new default Apple Watch.

What was odd, however, was Apple choosing to keep the Series 3 on sale. To me, when you consider the differences outlined above, it’s a no-brainer: buy the SE instead. I can only assume Apple found that $199 was an important psychological barrier for a significant number of consumers; otherwise it makes no sense.

My guess is that next year, the S3 disappears and the Apple Watch SE falls to $199.

Ok, let’s start with a statement of the obvious: this is a feature aimed solidly at better-off families. To use it, you’re going to need to not only buy an Apple Watch for each of your kids, but it will need to be a cellular model – which rules out the Series 3, because that only remains available in the GPS-only version. You can’t even use it if your kids already have an S3 cellular, which seems a little mean.

At a minimum, then, you need to spend $329 per child on the Apple Watch SE GPS+Cellular, plus whatever additional cost you need to pay for your family plan.

But, for those who can afford it, you don’t have to be a parent to see the attraction. The reassurance of being able to track the whereabouts of your kids, be able to reach them and know that they can reach you, and even send them money on the Watch all adds up to a pretty great feature-set.

This was a very minor update, and by far the least interesting thing in yesterday’s Apple event, but it’s important to have an iPad at this price-point. Nothing else to say here.

This, however, is a huge update. For $599, you get something which looks visually indistinguishable from the 11-inch iPad Pro, offers most of the features people care about, and which costs $200 less.

The bottom line is that you now need a very good reason to buy the 11-inch iPad Pro instead of the 10.9-inch iPad Air. (If, like me, you’re a fan of the 12.9-inch screen, then of course the more expensive iPad Pro remains your only option.)

Apple Fitness+ is definitely a very well-timed launch and is very competitively priced. I think this is going to prove popular without a doubt.

These bundles offer some worthwhile savings, even if you’re not interested in all the individual components. There was nothing that interested me personally – the only two paid services I use are Apple Music and iCloud storage – but some families in particular will save money, and that’s always welcome.

I will include my usual complaint that it remains ridiculous that Apple still only offers 5GB free iCloud storage no matter how many devices you buy.

I know, it’s as minor an announcement as you can get, but combine the minimalist look of an unbroken band with the convenience of slipping it on and off without fastenings, and I’m sold. The big question is whether the stretch band fits well and continues to do so over time. I’ll find out the answer to the first question on Friday.

I do have one last comment: Apple introduced new Watch faces in watchOS 7, and if you like analog faces – especially ones without complications – you are now spoiled for choice.

But I greatly prefer a digital face, and as many complications as I can get. My choices there remain Modular, Infograph Modular, and Siri.

I mean, I know there’s only so much you can do design-wise if you’re aiming to use all of the available space, but some more options would be good. I can change the color, but I’d like to have a few more layouts just for visual variety.

That’s my take on yesterday’s Apple event; how about yours? What was most interesting to you? Any disappointments? Please let us know in the comments.