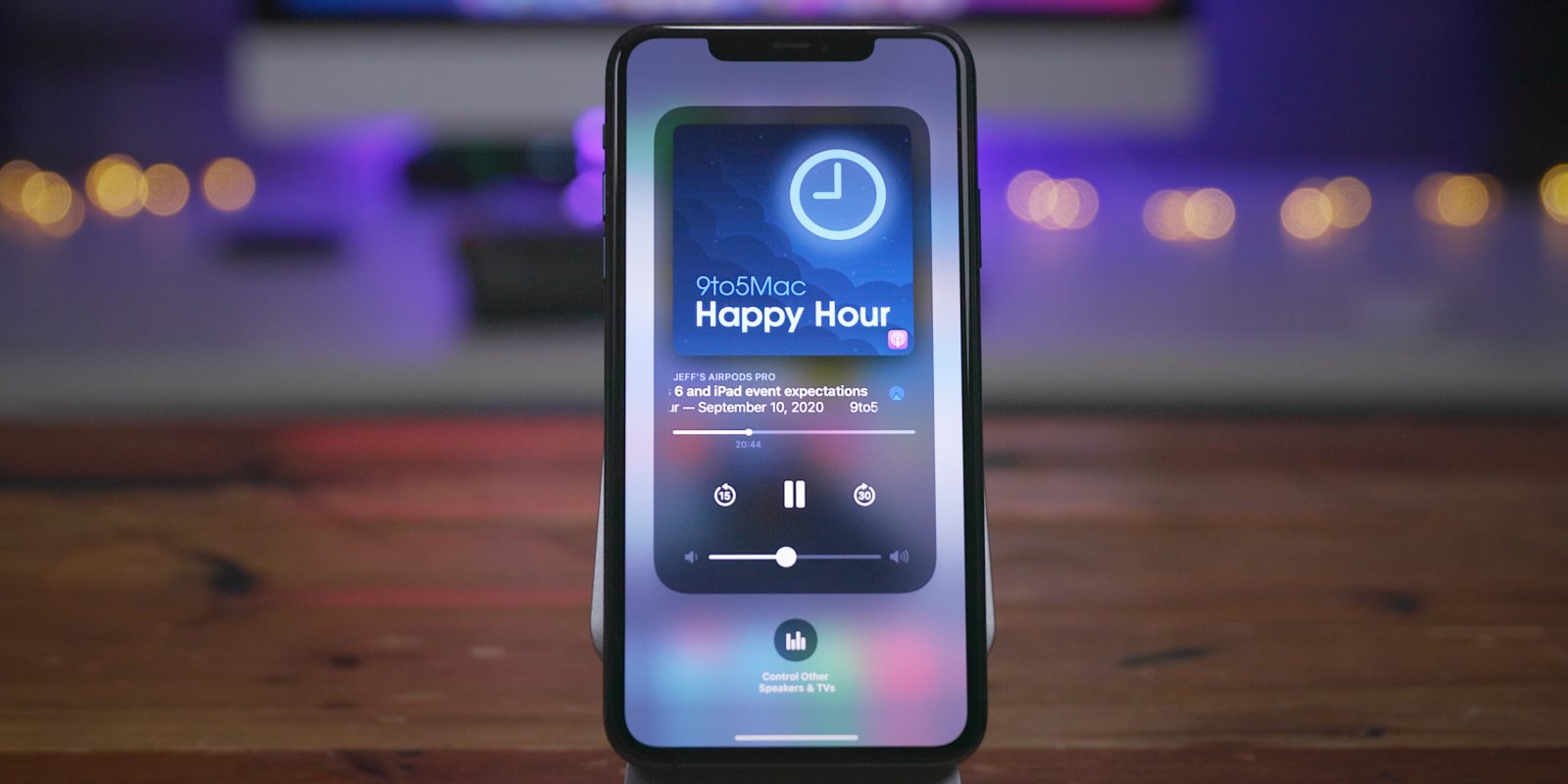 Apple has been pushing out new software updates at a blistering rate, with the latest such update being a new iOS 14.2 developer beta. This beta update comes with several notable changes, including a redesigned now playing music interface in Control Center. Watch our hands-on video walkthrough as we explore new iOS 14.2 beta 1 changes and features.

The Lock screen now playing music controls have been updated with various subtle changes and features. The scrubber knob for the playhead indicator is now larger, as is the knob for the volume controls. You’ll also notice that the timestamp that shows the current position of the playhead is now directly beside the playhead instead of to the left of the timeline. The time remaining, which previously resided on the right side of the timeline has been omitted entirely with this new design.

Other new features include a new AirPlay button design and new popover style for AirPlay 2 destinations. A similar redesign has been employed for the ability to control other AirPlay 2-enabled speakers and TVs on your local network. Be sure to watch the full video walkthrough for a hands-on look at what’s new.

Similar to the updated Lock screen interface, the Control Center now playing interface and AirPlay 2 controls have been redesigned.

First and foremost, you’ll notice that album artwork within the now-playing interface is much larger, and even when the AirPlay 2 destination interface is opened, full playback controls remain on screen for the currently-playing music track.

If no media is currently playing, iOS 14.2 beta 1 will present users with a list of suggested media. In the example shown in the video, iOS suggested both recently played Music and Podcasts.

Other Control Center features include the following:

Another noteworthy feature that we covered already on 9to5mac is the new Shazam Music Recognition CC toggle. As explained in an earlier post, this new toggle allows users to quickly identify music that is currently playing either in the local environment or on device. The toggle will even make it possible to identify music that’s currently being played back via headphones.

In addition to the aforementioned features, the initial iOS 14.2 beta includes the following changes:

The initial iOS 14 public version was just released, and yet we already have a brand new iOS 14.2 beta to explore. Although it’s a lot to take in, its not exactly surprising that Apple keeps pushing new beta releases to implement features that didn’t make the cut for iOS 14, and to help squash some of the lingering iOS 14 bugs.

What do you think about the new AirPlay 2 interface changes and playback controls found in iOS 14.2? Sound off in the comments with your thoughts.