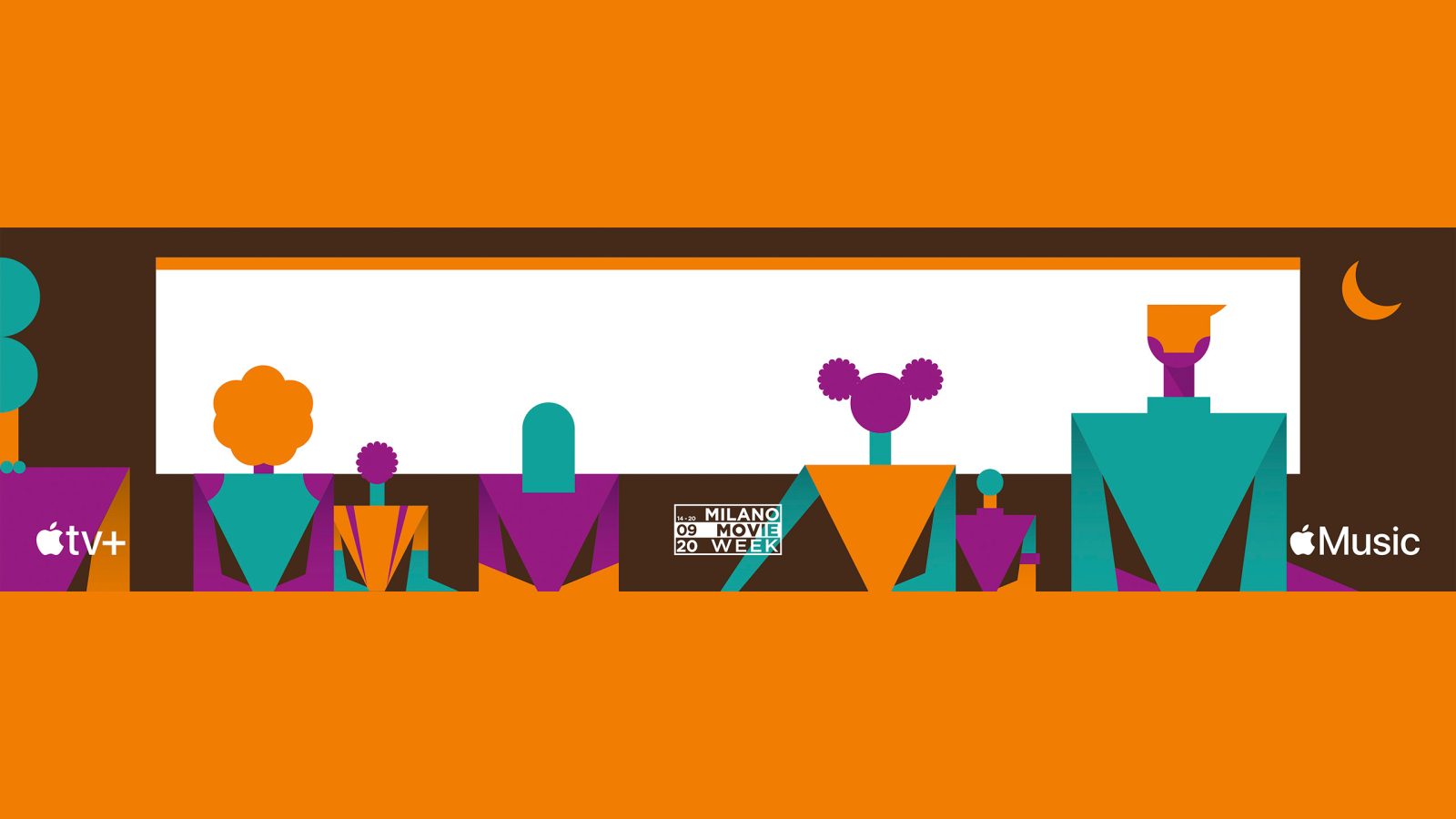 Apple this week hosted two live events at its flagship store in Milan for the first time since the pandemic began. Film screenings celebrating Milano MovieWeek were held in the outdoor amphitheater at Apple Piazza Liberty, with safety measures and physical distancing enforced.

On September 17 and 18, “Between Cinema and Music” recognized Milan’s filmmaking legacy with two screenings hosted in collaboration with Apple TV+ and Apple Music. Apple set up a large outdoor display at the entrance to Apple Piazza Liberty and allowed a small numbers of viewers to attend through an online ticketing system.

The first screening, Spike Jonze’s Beastie Boys Story on Apple TV+, was introduced by television critic Marina Pierri and Nur Al Habash. On the second evening, a screening of The Mission followed a tribute to Ennio Morricone with pianist and composer Dardust.

Artwork was created by illustrator Francesco Poroli for the brief series, including a full printed poster.

The two events are notable for Apple in Italy, where Today at Apple sessions have been suspended since the country was hit hard by COVID-19 earlier this year. Regular sessions have not yet resumed in any of Apple’s Italian stores. Apple Piazza Liberty’s amphitheater has been seldom used for live events since opening, but the need for physical distancing may find the outdoor space more important than ever for the foreseeable future.

Today at Apple sessions resumed in China in August, and are scheduled to start again in Thailand on September 28.