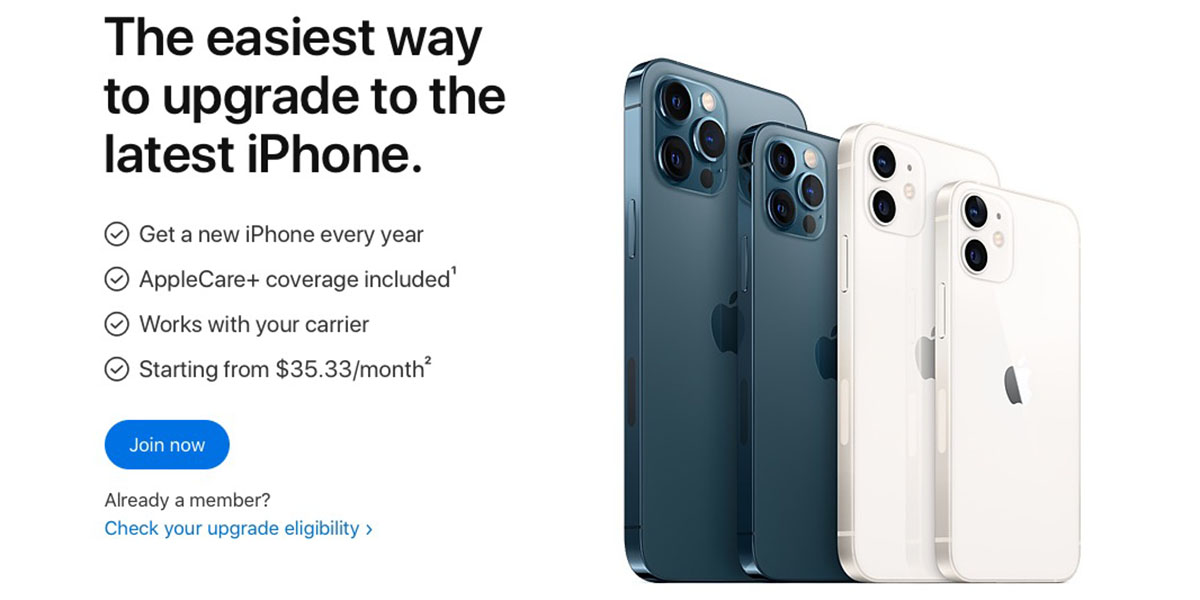 iPhone Upgrade Program popularity has hit extremely impressive levels, suggests a survey of US iPhone owners. It found that 36% of them were already members, and a further 25% plan to join it.

As we noted last year, upgrade cycles – the length of time consumers go between phone upgrades – has been steadily increasing over the years.

Apple has long faced a problem. Its biggest cash cow is the iPhone, historically generating the majority of the company’s revenues. But where people once bought a new iPhone every couple of years on average, that upgrade cycle has been gradually lengthening. It’s now in the 3-4 year range for the average buyer…

That’s not an Apple-specific thing. The smartphone market as a whole has been either flat or in decline for some time because the technology is pretty mature. Consumers are looking at incremental changes from year to year, and many are not seeing a compelling reason to upgrade from their existing model.

This is especially true of iPhones, which continue to receive iOS updates for many years.

Solving the problem was the purpose of the iPhone Upgrade Program: giving consumers a reason to upgrade either annually, or every other year.

The iUP allows customers to buy a new iPhone and pay for it, interest-free, over two years. To further sweeten the pot, it also offers the option of handing back the phone after one year and getting a shiny new one in return.

To get the new phone every year, you have to renew the deal every year and hand back your existing phone each time. You are effectively buying an iPhone subscription.

According to an RBC Capital Markets survey seen by Business Insider, the program has been a huge success.

The bank’s Apple survey suggests reception toward the new phones is encouraging so far.

Additionally, 36% of customers are on Apple’s annual upgrade program, and another 25% plan to join. The data signals Apple could shrink iPhone holding times in the near future, the analysts said.

The only issue with it is Apple’s more erratic release schedule, which can see people waiting longer than one or two years to receive their new phone, and potentially having to make a top-up payment if, for example, they buy the iPhone 12 in October or November and the iPhone 13 then comes out in September of next year.

The iUP is not Apple’s only play when it comes to encouraging more frequent upgrades: the Apple Card also offers 0% financing on Apple products.