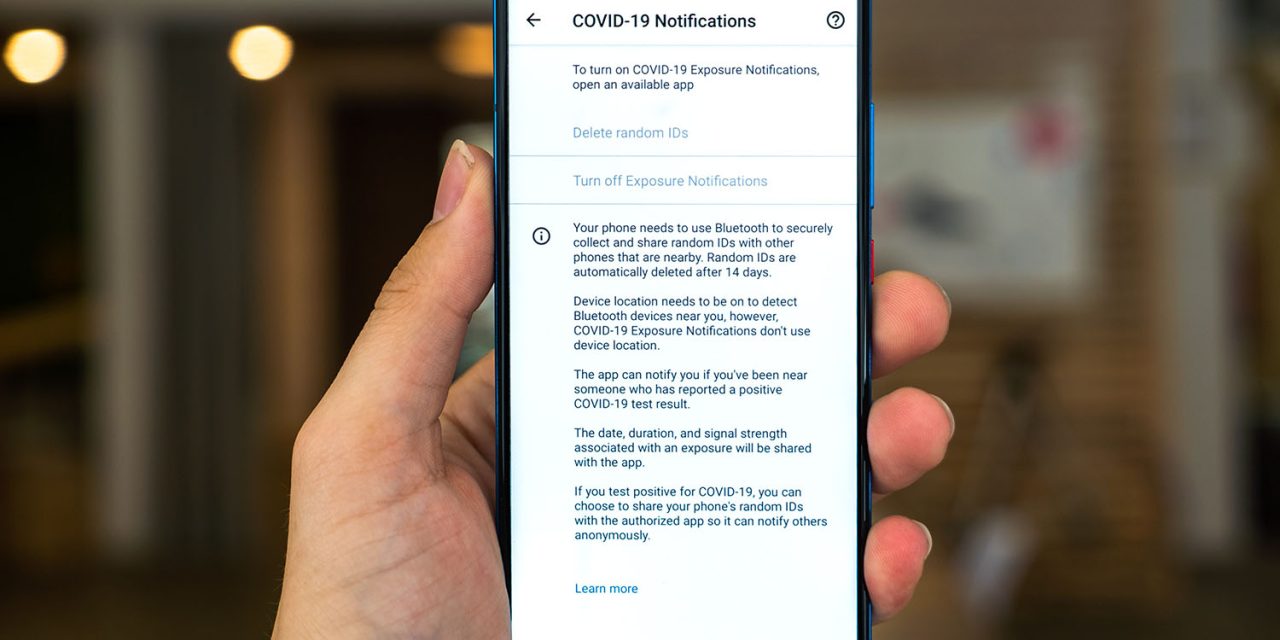 An update by Apple and Google to a more sophisticated version of their joint coronavirus contact tracing API should mean more accurate risk assessments by the apps which use it.

In the UK, however – and likely elsewhere – that may result in more people being told they are at risk and being asked to self-isolate …

At its core, the Apple/Google contact tracing API continually checks for Bluetooth signals from nearby devices.

Two main factors are used to assess the risk level of a contact. First, the strength of the Bluetooth signal. The stronger the signal, the closer the device is assumed to be. Second, the length of time the device is within close range. The greater the time, the greater the exposure risk. You are assumed to be at significant risk if you are within two meters of someone for at least 15 minutes.

The full details are much more complex than this, but that’s the essence of the approach.

However, because a variety of factors can impact the strength of Bluetooth signals – such as the difference between a phone in your hand and one buried in a bag – there is a fair degree of uncertainty involved in assessing the risk level. If you play too safe, then people will be asked to self-isolate too frequently, which will result in lower compliance.

To guard against this, contact tracing apps look for a relatively high threshold to be met before a contact is assessed as a risky one.

In the latest version of the API, a specific check is made for rapidly-fluctuating signal strength. If a contact appears to rapidly change distance – say from one meter to eight meters to five meters – then that is flagged as unreliable data. That can happen when signals bounce off walls inside a train car, for example.

In this case, the mode 2 version applies new algorithms to be applied to that fluctuating data to more accurately estimate the true likely distance. That means that there should be fewer false positives.

You can read more about this in a technical paper.

But that may result in more alerts

A more sophisticated API means greater confidence in the accuracy of the risk assessments – which means that the threshold for registering a contact can be reduced without registering too many false positives.

BBC News reports that Britain’s NHS has already decided to take advantage of this.

An update to England and Wales’ contact-tracing app is set to serve more self-isolation alerts.

Gaby Appleton – who recently took over NHS Covid-19 – said this was being done to help tackle the spread of the coronavirus. The change coincides with a change to the app’s algorithm to make its contact-matches more reliable.

The Health Secretary previously voiced concern about people being told to stay at home because of false alerts. As a result, the app had required a higher risk score to be calculated before triggering a self-isolate command.

The new director of product for Test and Trace said her team was so confident in the improvements made to distance estimates that it had moved the level at which notifications were triggered even lower than first planned.

“The update to the risk threshold is expected to increase the number of people asked to self-isolate by the app, having been in close contact with someone who tested positive,” Gaby Appleton blogged. “We believe lowering the threshold is necessary to reduce the R rate and break the chain of transmission.”

It is likely that other countries and states will take the same approach. This means that your chances of being asked to self-isolate will be higher, but this is likely to be with good reason.

Europe has started making its apps inter-operable between countries, while the same is true of some US states.